Caught in the Questions


Once again the headlines are full of the news of the destruction of human life –this time through immolation.  I sit with the horror – and I sit and I sit and I sit.  How do I come to a nonviolent response to what has come to be a most visible scourge in the life of humankind in the present moment?  What do I do with the notion of the deliberate, planned, intentional and public destruction of a human being.  How do I relate to the humanity of the perpetrator?

As I write, I realize that these are questions that reside at the periphery of consciousness most of the time as I contemplate the tacit permission I give to military violence done in my name just by being a citizen who pays taxes.

This morning, my specific question as I entered meditation was “What is the meaning of this?”  - with particular reference to the recent beheadings and the latest news of the burning of a journalist.  Why is this behavior on the part of a small segment of the human population so visibly present and unavoidable at this moment in time.  This kind of violence happens, unseen, outside our awareness, over and over again as a result of war, of economic greed, of poverty , of human trafficking.  The sanctity of  human life is debased and devalued daily, over and over again.  So I ask again “What is the meaning of these visible, horrific deaths of human beings at the hands of other human beings?”

From Jung’s further work, I also understand that there is what he referred to as “the shadow” – those aspects of the self that remain hidden – that I deem unacceptable for polite company – the parts of my psychological and spiritual and emotional self that cause me shame and embarrassment - - the parts I tend to bury out of sight.

The difficulty with “the shadow” is that it does not go away – it continues to shape my responses to life whether I acknowledge it or not.  Indeed, if it is unacknowledged, vigorously rejected and hidden enough, it has the capacity to become more powerful in its influence on my behavior, particularly under stress. (I immediately feel its influence in the form of a violent response when someone cuts me off at an intersection and causes  danger to my life.)

Over the years, I have been learning the discipline of recognizing and welcoming my own shadow, of drawing it into the light.  It is a life work and extremely unpleasant at times – but seems to be what is required in order to fulfill the great command to “love your neighbor as your self.”  If I cannot love and extend compassion to  what is unacceptable and disconnected within myself, I cannot possibly fully extend compassionate love to another.

I have been reflecting on this and wondering - - and it is a huge wondering.   I wonder if, in the very public beheadings and the incineration of humans beings, are we being forced to witness the shadow of the collective unconscious of humankind?  Are we being given a glimpse of what humanity is capable of in ways that we have not been able to entertain in consciousness in quite the same way before the immediacy of all the communication technology we now have available to us?  Do these very specific and particular acts of destruction of human life serve a purpose in forcing us to come to terms with the collective shadow in which we all participate simply by virtue of being human? 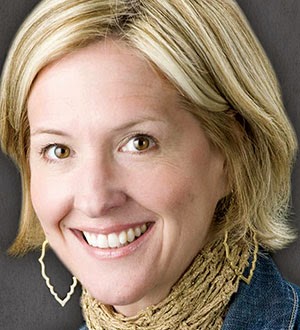 I recently listened to Krista Tippet (“On Being” – an offering on NPR) interviewing Brene Brown, author of  The Courage To Be Vulnerable.   Brown noted that humans have the capacity to act from courage and vulnerability or from fear.  When we act from fear, we do terrible things to one another.

When I can ask this question, I can begin to formulate a different response to what I witness.  They are me.  They are not “other”.  They are my shadow.  And perhaps they serve as a visible reminder of the shadow of our collective unconscious as well.   If this is possible,  and the master teaching is “love your neighbor as your self”,  do we not have a responsibility to find a way to love this terrified and terrifying shadow into the light?   Does this tiny fragment of humankind do us a service by revealing the depths to which we have buried our collective shadow?  Does it force us to wake up and come to terms with what we are afraid of?

Jungian theory suggests that the only way to “disarm” the shadow is by relating to it and with it.  The great spiritual traditions teach that “loving your enemy” is a possible, if untried, path.  Are these most recent acts of terror an unwelcome invitation from the depths of the collective unconscious to awaken to another way?