For the Sake of Reconciliation, Returning to the Prior Question


In a world so frayed and torn asunder with discord and strife, one of the great challenges is to seek and shape a path of reconciliation. It is for all of us, every citizen of every nation, to help shape that path, to help find another way. We cannot wait for others to do or be just as we would wish. We need to reach out to them nevertheless. The imperative is to act even unilaterally for the sake of justice and peace, to act bravely and boldly, and by our action to encourage and stimulate the action of others toward a greater good. At the very least, the first challenge is to avoid acting in ways that will inevitably bring out the worst in the other, that we at least not block the path to reconciliation. Thoughts about reconciliation have been churning within me, stimulated by the Torah portion called Vayigash (Gen. 44:18-47:27), the portion read during the week of international controversy surrounding the new film, The Interview. 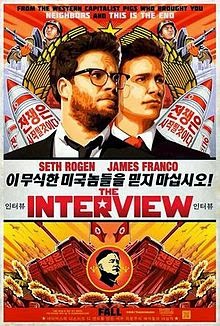 I am generally not a culture critic, certainly not of movies, of which I see very few in the course of a year. I follow life as it unfolds through Torah, and I follow Torah as it unfolds through life, in each case trying to see the underlying teaching as expressed in ways both noble and base. Too often in learning Torah, a caution, perhaps, for all readers of sacred scripture, we fail to learn the lessons that underlie the narrative, failing to ask the right questions, not of the text so much as of ourselves. In the case of Torah, what else could Abraham have done, what else could Jacob have done? What would I do? Reading Torah as offering timeless paradigms, the question indeed becomes, what do I do? Does violence done by sword or statute accord with the underlying values that course through Torah from God’s first gentle breath upon the water? Do I cry out, do I protest against the moral inconsistencies in the texts of my life, seeking return to professed ideals? In the streets and squares of our cities, so in the events, the words and ways surrounding a movie as it plays out in social context. In responding to an ugly act of aggression in the form of hacking we have become distracted, we have lost the prior question; why is it funny to present the assassination of a recognizable world leader as entertainment?

The goal in regard to North Korea should be to reduce tension, not to enflame, to seek peace, not war, to truly put an end to the Korean War these many decades later, to seek the path of reconciliation. I do not challenge free speech and expression, the right to make such a film and to see it now. The prior question is one of appropriateness, why make such a film? What does it mean to want to see such a film and laugh? Among the many voices in the plethora of articles appearing amidst the controversy, I was struck by the insight of an 11-year old who had seen the film and thought it was funny, but then stepped back and acknowledged why North Koreans might not like it, saying simply, “they make fun of North Korea a lot.” Most adults whose voices become part of the social commentary are far from the path of reconciliation, emphasizing the right to see whatever they like, that no one will tell us what to do, even that it is a “patriotic duty” to see the film. So too, the president lost sight of the prior questions, and of the larger context in which we need to ask such questions.

Whether in fact guilty of the hacking, or simply through its own angry rhetoric regarding the film, North Korea has responded in a way that is already the premise of the film, that violence in word or deed is a legitimate expression of one’s hostility toward another. The premise of wanting to meet someone in order to kill that person fuels an endless cycle of violence. Beyond entertainment, the film furthers a way of looking at the world and others that needs to change if the cycle of global violence will ever be broken. Toward reconciliation, the journalists granted an interview with North Korea’s leader, itself an expression of change and possibility, could have refused the CIA’s dastardly request to assassinate him, offering instead a lesson in what it means to honor trust and seek another way. There is a certain irony in the very title of the film, The Interview. Different than our pedestrian use of the word, its parts point to the prior questions. “Inter-“ suggests between, among; together, mutual, reciprocal. “View” as to do with seeing, looking, “sight or vision; especially range of vision; manner of regarding or considering something; judgment, opinion….” The challenge is to see with broader vision, to consider how our own seeing influences the way we are seen, leading us to cultivate a vision that allows for reciprocity by including the other. 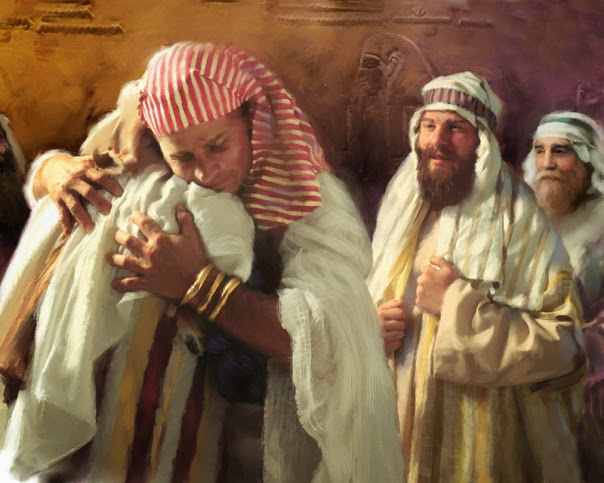 It is the way that is taught in the Torah portion Vayigash. Judah stands before the Viceroy of Egypt, whom he doesn’t yet realize is his own brother Joseph. Pleading on behalf of his youngest brother, Benjamin, Judah approaches; vayigash elav Yehudah/and Judah approached him. It is a stirring moment in which Judah facilitates the possibility of reconciliation among the brothers, humbly speaking the truth of what has been, thereby allowing a different future to emerge from a tormented past. At the beginning of his commentary to this portion, Rabbeinu Bachya, weighing in from thirteenth century Spain, cites a verse from the Book of Proverbs (15:1), a gentle response allays wrath; a harsh word provokes anger. Rabbenu Bachya then teaches that a person should nurture their soul and train their nature and speech in the way of gentle response, for the gentle response quiets and calms the anger of one who is angry. It is a teaching that illumines one of the essential dynamics of nonviolence as a way of human interaction and change.

In two midrashim on the opening verse of this portion, the rabbis explore the dynamics of approaching others, asking about reason, motive, and way. In one midrash, positive and negative possibilities are offered on the nature of people approaching each other, haggasha l’milchamah/approaching for battle; haggasha l’fiyus/approaching for reconciliation; haggasha l’t’filah/approaching for prayer. Subsequently, another midrash is offered, as though with a sigh, desperate to raise people up, to comfort. The second midrash is emphatic, almost pleading to make its message so, ayn l’shon “vayigash,” eleh l’shon shalom/the word vayigash is only a word of peace…. And so they continue, it is only a word of comfort…, it is only a word of drawing near to make an offering…, it is only a word of drawing near to rebuke. In the way that Judah gently engages in, rebuke is regarded here as a way of bringing someone back to a place of repair and wholeness, thus for the sake of making amends, for facilitating reconciliation.

May we even now return to the prior questions in regard to a film, as in regard to Torah and life, and in learning to approach others in a different way open a path toward reconciliation, toward wholeness and peace.