An Intimation of Human Connection


We begin with the horror, the sickening sense of despair for the lives lost, for the brutality and depravity that snatched them from among the living. Why, how to fathom what some would do in the name of God? We cry with those in France, with those in Nigeria, all who have seen the current horrors up so close, so many more in Nigeria, so much less outcry, its own question, why? We cry for the Jews of France, trembling with uncertainty. Joined with all, we struggle with questions of identity and identification, with and within ourselves, and with others, and not with others, or in part with others.

A Muslim colleague writing to his community in the aftermath of the tragedy in France expressed the horror, the sickness and despair as it plays out for him, as given focus through the lens of his identity: 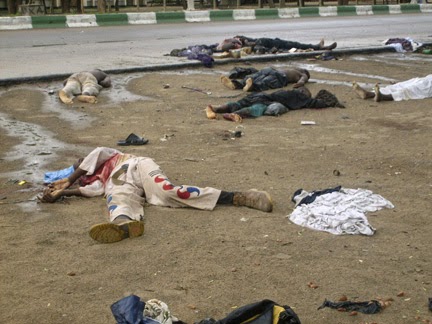 As-salamu Alaykum,
I know that all of us here in Boston are deeply grieving the loss of life by fanatics in Paris and Nigeria. These extremists disgrace Islam, and Muslims worldwide have denounced their senseless violence…. I also know that many of us are simultaneously deeply frustrated that the acts of this tiny handful of extremists once again have raised doubts about the Mercy of God and this central tenant at the core of our faith. I feel this frustration myself. Yet, as opposed to remaining frustrated, it appears to me the Prophetic response to such tragedies is to channel that frustration into re-committing ourselves to being a Mercy to mankind….

As a reflection of God’s presence on earth, it is hard to be human. In the necessary comingling of identities, it is the larger reality that for Jews is expressed in the Yiddish lament, which, said with a sigh, is yet its own affirmation: shver tzu zein a Yid/it is hard to be a Jew. It is hard to be a Jew, to truly be a Jew, a mentch, a fine human being, to be rachmanim b’nei rachmanim/compassionate children of compassionate ancestors. It is indeed, therefore, our way of striving to be a “Mercy to (hu)mankind.” In the comingling of identities and ways of striving, the universal and the particular, no accident that mentch, as the highest goal of our striving as Jews, simply means a human-being. And in the ancient sigh with which the words are said, let us be honest, there also is in their essence the ever-renewed lament, why is it so hard sometime, so confusing, so dangerous to be a Jew in this world? But that is what we try to be and become as our way of being human in this world of striving.

At the outset of the weekly Torah portion following the attacks in France, the portion called Va’era (Ex. 6:2-9:35), God offers Moses further insight into God’s essence. God tells Moses, Ani/I am, sharing then the most holy name, formed of the Hebrew letters yud hey vav hey/I am HaShem. In common talk, Jews speak affectionately of HaShem/the Name, rather than speak, much less to write the holy letters of the Name. It is the “ineffable” name, the Shem Ha’M’forash, the unspoken, inexpressible name. It is also called most fully according to the essence of its meaning, the Shem Havaya/the Name of Being. The letters of God’s most holy name are simply the letters of the verb “to be,” but they are not the verb to be, and they are not a noun or a pronoun, neither male nor female, simply being, as in God’s image we all strive to be, to be able to say, I am….

It is no small thing to say, “I am.” It is an affirmation of our presence. It is about our essence, about what we stand for on this earth, how we stand and how we go through life in relation to God and people. For all of the right that I support and affirm of people to say and express themselves as they wish, I cannot say “je suis Charlie.” I can express another’s right with whom I disagree to speak their truth however unpleasant to me, and I understand that as underlying the slogan of support that has arisen in the face of horror, but I am not Charlie. I do not stand for the nastiness and the demeaning nature, however equitable in its disbursement, for which Charlie prides itself. I cannot identify with a masthead slogan that boasts, “Journal Irresponsable.” As a Jew, also demeaned on Charlie’s pages, I understand and appreciate the slogan of French Muslims, “I am not Charlie. But I am a Muslim against killing.” So too, I am not Charlie. But I am a Jew for free speech. And I struggle in seeking to be and become, with how to balance competing values. What about when speech becomes its own violence in shaping opinion to hate, as in the brutal Nazi cartoons in Der Sturmer, in another time and place? The right to express doesn’t necessarily make it right, or responsible, to express.

God’s name of being and becoming reflects God’s identity within our selves. Arranged vertically, the letters resemble the human form. We are created in God’s image, and in the image of God’s most holy name. For Jews, not a representation of God, not of Moses, that would most offend, but the desecration of the letters of God’s holiest name written in Hebrew, as given to Moses in the Torah. These holy letters carried on the streets and trod underfoot on the pages of a newspaper, God forbid, that is what would hurt so deeply. Pages containing these holy letters are to be cared for, not to be discarded or cast down, in the end only to be buried, like human beings in the end of their days, each one a reflection of God’s name and of the letters that tell of God’s being in the world, yud hey vav hey. To desecrate these letters is to desecrate both God and humanity.

God’s name is an intimation of human connection. Concern for the holy letters of God’s name is to be a reminder of concern for people, each one created in God’s image, each one a representation of God’s name. More than letters upon parchment or paper, it is God’s name and image in every human being that we are not to desecrate or hurt in any way, not to trample upon or disregard, not a single one, only to care for and to revere. That is the rest of my Muslim colleague’s message to his community, to affirm humanity and so to affirm God. Reaching beyond his despair, he then wrote: 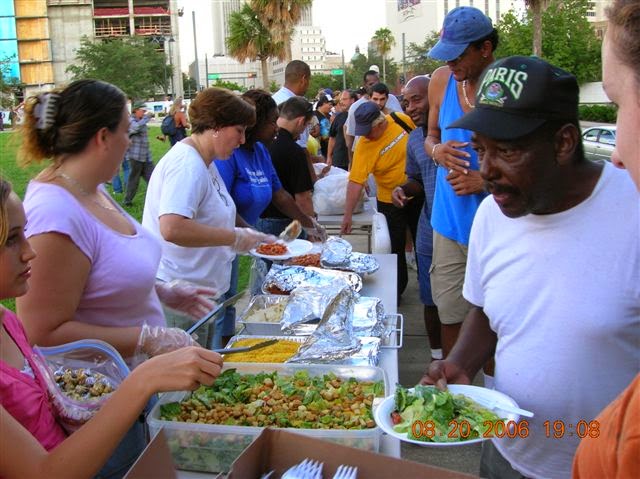 At an individual level, let us re-commit ourselves to doing those little acts of kindness that make a big difference in the lives of people: feed the homeless, help a stranger cross the street, or help your neighbor shovel the snow…. At an institutional and community level, let us re-commit to becoming a benefit to our communities…; to address the homeless crisis, to help improve our public schools, and work with the city to provide more affordable housing….  May God help us move in this direction and keep us on the straight path.

Amen/Ameen, so may it be for all of us. Responding to the real needs of people is an antidote to despair, an affirmation of human identity, a reminder that each one is created in the image of God and of God’s name, not to be desecrated, each one precious.