With Humility and Hope


We learn of hard-heartedness from Pharoah, of what it means to divide people into “us and them.” We learn from Pharoah the arrogance of power and privilege, of hearts and ears that cannot hear a people’s cries for freedom and redress. In the weekly Torah portion Vayishlach (Gen. 32:4-36:43), we learn of the transformative power of humility, of what it means to step back from who we have been as individuals and as a nation and to embrace another way. Only in stepping back, in turning, in bowing our heads, can we then embrace another, honoring the space in which the other stands, the lives they live. Jacob has been arrogant, callous until this point, and now he says katonti/I am small. Humbled, he is able to wrestle with himself and come to a new place of recognition, able to see his brother Esau and the place in which he stands. Only then is his name changed to Yisra’el/Israel/One who wrestles with God, only then is he able to be the progenitor of a nation. Only then, when the individual Jacob is able to recognize his own arrogance, is the nation able to change and be transformed through humility. 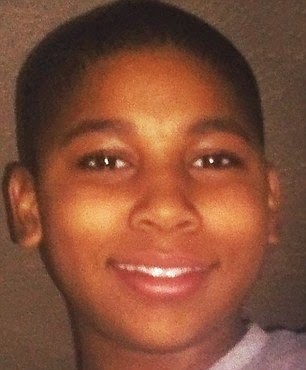 That is where we are during these terrible days, black men cut down on city streets by those who represent the state through badge and uniform and none are held to account. We come face to face with ourselves, with the arrogance of power and privilege, and none are held to account. Encapsulating the arrogance of a nation in Ferguson, the white police officer who killed Michael Brown said after his acquittal that he would do nothing differently. And perhaps so too for us, nothing any different, with another acquittal only a week later in New York of the white police officer who killed Eric Garner, choking the breath out of him as he pleaded for his life. On the Sabbath morning, Jews sing out in prayer, Nishmat Kol Chai/Let the Breath of Every Living thing praise God’s name. Each one needs to be alive, breath still within them to praise God. We are all joined as one, filled with the breath of God from birth. Each one who has died so brutally is our own, our own beloved child, grandchild, brother, spouse, Michael, Eric, and truly our own child, twelve year old Tamir Rice, shot and killed by police as he held a toy pellet gun, no other way found to determine danger or way of response.

Grieving with their families, we honor the memories of Michael, of Eric, of Tamir. We affirm what should be obvious, that black lives matter because all lives matter, each one created in the image of God. We are ashamed as Americans in needing to be reminded of such a basic truth, shaken from complacency to see through the lens of immediate trauma the pernicious effects of racism in the day-to-day lives of fellow citizens.

Filled with horror and heartache that joins us as one, we all draw on our own particular experience as individuals and peoples to help us understand the experience of others. Jews know what it is like to be marginalized, to be the other within cities we thought to be ours, within nations in which we thought we belonged. As Americans all, we dare not minimize the pain that is felt today by our African American sisters and brothers. Jews are uniquely called, challenged from out of our own experience, to feel and express solidarity, and to act for the sake of justice. The Torah’s cry for justice is not meant to be as empty words falling on deaf ears. Justice, justice shall you pursue is a mitzvah, a holy commandment! It is meant to be heeded and made real, not foreclosed upon in the way of grand juries who preclude the pursuit of justice before a court of law.  Our memories of slavery are old, from long ago, memories ever renewed in the Torah’s call to remember, you were strangers in the land of Egypt. We are to know the heart and soul of all who are oppressed. We know of institutional hatred and discrimination, too often renewed, psychic scars to remind, meant to be a source of empathy. We know of state-sanctioned terror, when those in uniform have stood by or abetted the murder of Jews, when a uniform of the state offers no sanctuary. We know what it means when good people stand idly by, when courts and police are not there equally for all, coming instead to be feared and avoided. 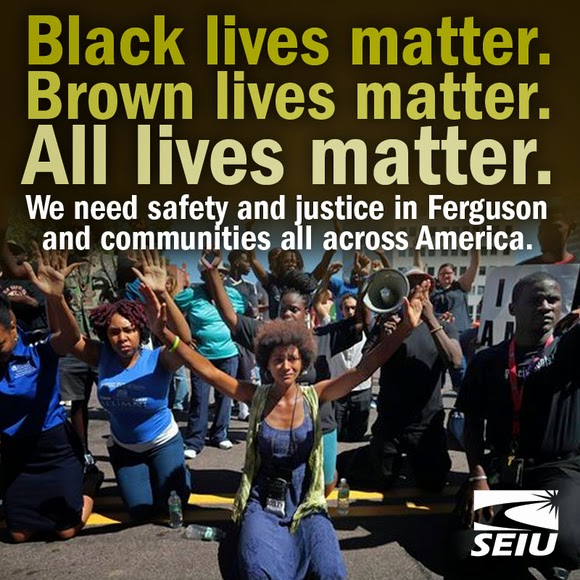 It is our choice, which way we will go, whether in the way of Pharoah’s arrogance in which all lives do not matter equally, or in the way of Jacob’s transformation, change beginning with humility. Of the incomplete task of civil rights and of dreams deferred, Rabbi Abraham Joshua Heschel’s words continue to speak with immediacy from the days of the Civil Rights Movement: “Pharoah is not ready to capitulate. The Exodus began but is far from having been completed…. Few of us seem to realize how insidious, how radical, how universal an evil racism is…. To act in the spirit of religion is to unite what lies apart, to remember that humanity as a whole is God’s beloved child” (The Insecurity of Freedom, pp. 85-86). Each one a child of God, each one is our own, Michael, Eric, Tamir. Black lives matter because every life matters. With humility and hope, we reach out in solidarity, seeking the way of change and transformation, of justice for all.