Dialogue as the Beginning of Return


During a bleak time in relations between Boston’s Jewish and Muslim communities, as controversy swirled around the building of the new grand mosque, the ISBCC in Roxbury, a group of Muslims and Jews gathered in search of ways to overcome the divide. At that meeting, I befriended a young Muslim colleague with whom a friendship grew, offering a model and possibility beyond our selves. We sought to create a different reality, starting a program to bring imams and rabbis together to learn each other’s texts. The primary goal of “Building Bridges through Learning” has been to engage with each other as people, holy texts as the starting point for holy encounters. 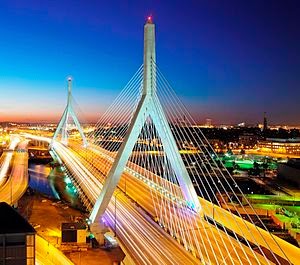 The focus of study for the very first “Building Bridges” gathering in 2008 was our common ancestor, Avraham/Ibrahim. Following that session, a Rabbi shared reflections that continue to inspire me in this work, that speak to the essence of why dialogue is so important. He acknowledged honestly the suspicions he brought to the meeting, musing on degrees of separation among participants from a suicide bomber or an Israeli settler. “I came in not knowing what to expect…,” he wrote. “I was uncomfortable and uneasy…. But there were moments, as when I heard the Koran chanted for the first time, of awe and wonder…. By the time I left, my unease was reduced and I felt honored to have had a chance to meet the people I did.” Giving context to the poignant sharing of one participant, my Muslim partner wrote: “Sometimes I feel that family members are getting together after a loooong period of separation. We have so much catching up to do!"

It saddens me that we are still debating as a community the relative merits of engaging in dialogue with our Muslim neighbors. Whether to engage or avoid affects the overall tenor and tone of life in the Jewish community and in the general community, one of fear and suspicion or of openness and opportunity. There is greater security in relationship than in separation and alienation. Through open and honest dialogue that takes place on multiple levels, context is created in which to share concerns and pursue a common agenda. When out of our own fears and loyalties either party speaks words hurtful to the other, there is opportunity to address and redress. Direct knowledge of the other as it forms through dialogue and relationship is far safer than the misperceptions that give rise to stereotypes in the other’s absence. Dialogue and engagement is enriching, bringing joy and excitement on wings of discovery, recognizing so much of our selves in the other, realizing too that difference need not be threatening. One of the unexpected gifts and ironic challenges of dialogue for each partner is the necessity to know oneself, as an individual and as part of a people and tradition, deepening our own identity in the process of coming to know the other. The degree to which Jews and Muslims can engage with each other in Boston is its own measure for what is possible elsewhere. Instilling hope and offering a path of possibility, we empower our children to be active shapers of tomorrow and of the world in which they will live. Whether that will be a world of greater peace than we know today will depend on our children’s confidence and courage to engage with others. 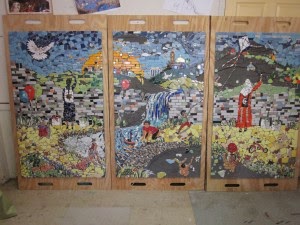 There are wonderful people-to-people efforts in greater Boston to build bridges between the Muslim and Jewish communities. More needs to be done to deepen and expand those efforts, aided in common cause by the encouraging voice of communal and organizational leadership. One of our challenges as a community is not to be immobilized by the clash of worldviews among us, whether to see an enemy at every turn, or the possibility of a friend. The pain of separation and the hope of return fill the Torah portions of these weeks, Isaac and Yishma’el/Ismail torn from each other, each beloved of God and of their common father Avraham/Ibrahim. In dialogue is the beginning of return. “We have so much catching up to do!”

The Peace Mural is created by a group of Jewish and Palestinian artists at Spontaneous Celebrations studio in Boston.
Posted by Carl Kline at 3:46 PM