There's a new disease sweeping the U.S. It's not as immediately life threatening as the Ebola outbreak in Africa but the long term consequences could well be catastrophic. It appears that the sickness has been developing slowly but surely over the last several years in my country, especially in the thinner air of public life and filtering down to the whole population.

I realized the other day that I had come down with it. The most prominent symptom in my case was fatigue. I was on the internet reading the news of the day and came across a story from March 5th. about the Republicans in the U.S. House of Representatives. On that day they held their 50th. vote to repeal the Affordable Care Act. In the story, Representative Slaughter was saying she was unable to celebrate this golden anniversary as the Affordable Care Act was already helping 7 million citizens.

My response to the story was severe fatigue. I shut down the computer, went to the freezer, pulled out the vanilla ice cream and had a big bowl with maple syrup and walnuts. As I ate the ice cream, I turned on the TV. Our Republican Senate candidate Mike Rounds came on the screen with an advertisement saying he wanted to be our Senator so he could help repeal the Affordable Care Act. I turned off the TV, finished my ice cream and went to bed. 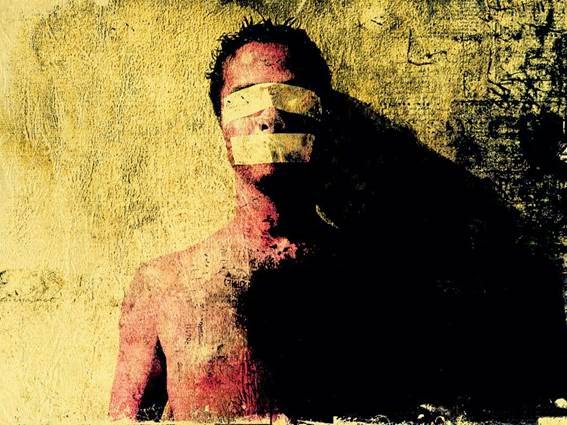 I've discovered fatigue is only one symptom. There are others. One I can fall victim to is refusing to hear, really listen to, a point of view that differs from mine. Many symptoms are emotional or psychological in nature. For instance, one has feelings of ennui and listlessness. There is a sense of being powerless and ignored. Physical manifestations can be obesity (from ice cream) and addictions (like eating too much ice cream).

I've named this new disease "intentional ignorance." It's a variation on "I don't care" or "leave me alone." And I do think the disease is new. Let me give an example.

From all I can tell, when the U.S. went to war in World War II, the whole country was engaged. Congress actually voted a declaration of war. I've seen those Rosie the Riveter ads where women were working in the war industry. And people had victory gardens, for heavens sake.

Now, Congress heads home for politicking without even debating the implications of the U.S. arming and training Syrian "freedom fighters." The Washington Post reported the Senate couldn't even fill five hours designated for the subject. One Senator used the time to praise the Baltimore Orioles for a great baseball season.

And most people would rather not hear about beheadings and ISIS and Assad and the new "coalition of the willing" and what's that new rulers name in Iraq, that country still in shambles from another war? And who wants to know about all those Syrian refugees overwhelming Jordan?

There was coverage on NBC of the first air strikes against ISIS. Most of what we saw were from the point of view of the pilot. You know, those shots where you see a vague outline of a building or vehicle below and then it all blows up. Unfortunately, NBC also included a shot on the ground as the narrator mentioned that there were civilian casualties. That unnecessary information impinged on my intentional ignorance.

Drones and airstrikes are terrific technologies for spreading and embedding the disease. Do people know our Nobel Peace Prize winning President is droning people to death in several countries? Do we want to know? The disease is infectious! We can pass it on to others!

Closer to home, we see the disease in South Dakota in the EB5 political scandal. A name that seems to keep coming up, but everyone seems to be intentionally ignorant about, is Joop Bollen. Who is this guy and why haven't we heard from him? Of course, the politics of the situation make it difficult to get the truth from the Governors or anyone else, but one wonders if the disease is so embedded in our society that we'll never be able to ferret out why a person takes his own life and why a committee designated to find answers prefers ignorance. 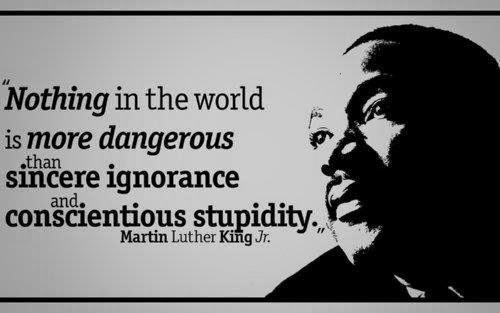 There are so many other instances of the disease cropping up it could fill a book. There's the Colorado School Board that wants to censor U.S. history, leaving out the bad parts. There's the corporate influence and sometimes ownership of higher education. Intentional ignorance seems rampant.

Now that I have a name and possible diagnosis of my illness, perhaps I can identify and pursue a cure. I think I see one in some of my students, not yet old enough to catch the disease. They actually want to learn. They're in school to learn. They appreciate sharing differences of opinion and respectfully listen to others. And they seem to relish the idea of change. Maybe it's infectious!