Not a Far Away Place


As they prepared to leave the table around which we had gathered in the synagogue, they presented me with a beaded bag from Jerusalem, a bag filled with gifts. I was embarrassed to receive yet another gift from them. I told them that their presence was itself the greatest gift. I told them that my wife and I had been in Israel this summer in the midst of so much pain and sorrow, and that everywhere I went I asked people where they find hope. In the presence of these young people I found an answer to my own seeking, to the same question that in moments of enough courage I ask myself. 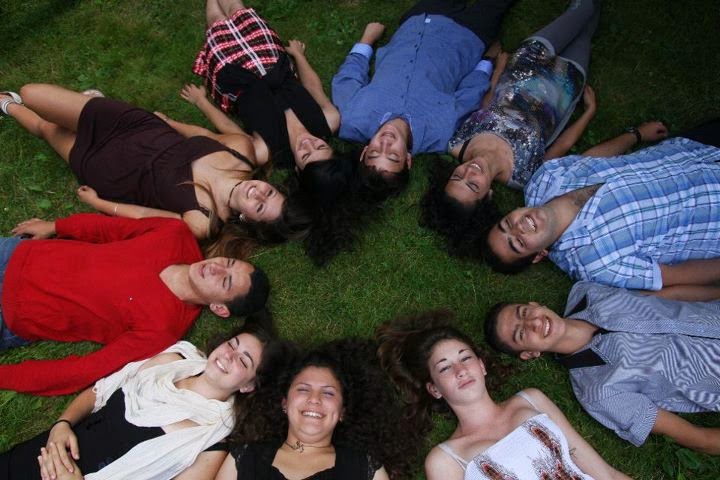 Planning to return for our service that evening, they were a group of ten Israeli high school students, five Jews and five Muslim Arabs. The Jewish students are from the south, all attending a regional school in Kibbutz Yotvata in the Arava region of the Negev desert. I lived on that kibbutz for a time many years ago. The Muslim students are all from a small village in the north near Natzeret/Nazareth. They are travelling together as part of a program called Friends Forever. It is an American based effort to bring young people together from places of conflict, people who could just as easily become enemies rather than friends. Having met each other a few times in Israel as part of the coordinating effort, they now travel and live together abroad, sharing in discovery of each other and themselves as they encounter new places, people, and experiences. Their guides are two teachers, one from each of their schools, and an American coordinator for the program. The goal and the hope of the program is that the friendships fostered will continue at home, and that these new friends will help to prepare new cohorts to engage in becoming friends forever.

We went around the table, sharing names and a little background. The interplay of names and backgrounds was like music, enveloping all of us with a sense of wholeness, only names, the essence of who we are and where we have come from, names telling of each one’s presence. I had to hold back tears several times. I did not share with them the sudden thought I had that the last time I heard an interspersing of Hebrew and Arabic names was at a peace vigil at which were read the names of all the dead from the Gaza war, Palestinian and Israeli, Hebrew and Arabic. To call each other by name is the beginning of friendship, a way of connection, and so may it be for these young people, and through them for all of us, the beginning of a new way. I asked them why they had chosen to be part of Friends Forever. Their answers showed that a new way was already unfolding through them. Knowing strife so close at hand, their answers were more than untried idealism, but reflected a yearning that is born of urgency and of a struggle not to despair. Several of them spoke of loving peace, of wanting to help bring peace to the world. In their being together, transcending their own fear and discomfort, of which they spoke honestly, they are taking the first steps toward making peace a reality in their own world of strife and separation.

When it came time to leave, we walked outside together. Suddenly, one of the Muslim students asked if they could see the Torah. “Ah, of course,” I said, and all turned around and walked back in. We gathered around the reading table and opened the scroll to where it was set from last week. There, jumping out at us, were the words of the Sh’ma, an affirmation of God’s oneness, Hear, O Israel, God our God, God is one (Deut. 6:4). I shared an essential teaching with them, one they already knew in their hearts: if God is one and all people are created in the image of God, then…, and I asked them, and they answered…, then all people are one. And so it was around the table. And then I rolled the scroll to that week’s Torah portion, Parashat Ekev (Deut. 7:12-11:25). I chanted the first few verses for them. Smiling, and making me smile, one of the Muslim students said it sounded like the chanting of Quran. And I asked them, “what does Ekev mean?” One of the Jewish students said right away, though all of them speak Hebrew, “it means because of.” And so it does, and I asked, “and what does akev mean,” and a teacher answered, “it means heal.” I added one more word formed of the same root, ikvot/footsteps. And I explained that this portion is about them. Most often when we speak of following in someone’s footsteps it is younger people or people coming later who follow in the footsteps of those who came before. But it is for us to follow in their footsteps, to pursue the way of friendship and peace in the way that they are modeling and living the ideal now. 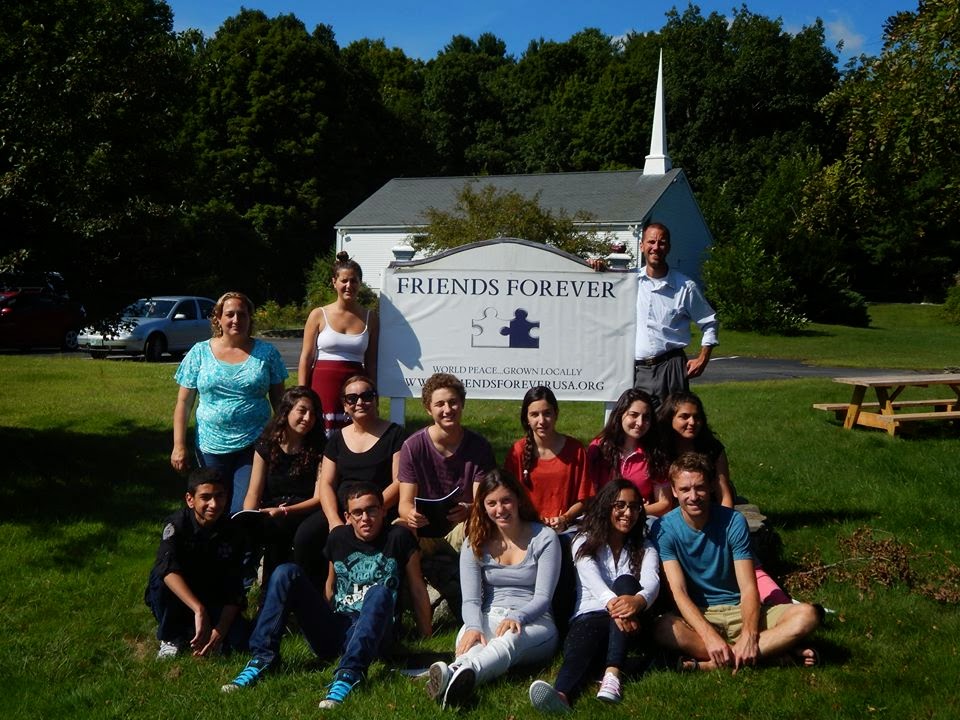 There is a beautiful teaching of Rabbi Yitzchok Meir of Rothenberg (1799-1866), the Ri”m, that the first words of the portion, v’haya ekev tish’m’un/it shall come to pass as a result of your hearing…, perhaps on the heals of your hearing, are telling us to listen for the footsteps of the Messiah, ikvot m’shicha. Those are the footsteps that I could hear as we stood around the open Torah, Jews and Muslims together. In the bag of gifts they had given me was a small book of teachings of Rebbe Nachman of Breslov (1772-1810) entitled, Ein Makom Rachok/Not a Far Away Place. Following in the steps of such young people, may that time of peace and wholeness, of swords turned to plowshares, be a little closer, not a far away place.