It always starts that way, with a few advisers, some bombing, and some promises that there won't be any serious "boots on the ground." So, here we go again in Iraq. The U.S. advisers are there. The bombing is underway. Next?

That's not to say that the latest manifestation of terrorism with ISIS isn't horrific. Anyone engaged in Holy War isn't bound by the same strictures as when it's just a normal war. Holy Warriors have God on their side and God, as we've seen over the ages, can be an extraordinary villain of nationalistic leaders and moralistic followers, those who are able to turn a faith inside out and upside down. 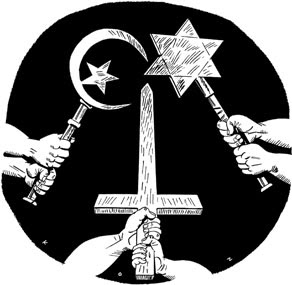 Especially in the U.S., we need to be careful about only laying responsibility for holy war on followers of Islam. When we look at the historical record, all of the monotheistic traditions have had (and are still having) their holy wars. One could hardly bear to watch the recent destruction in Gaza of the military overreaction on the part of Israel, seeming to carry an intensity and passion only understandable in a religious context. After all say many, it's all land God gave the Jewish people in ancient times.

It's also understandable that after such a horrific event as the holocaust, the Jewish people might say "never again." Still, who is to say the survivors in Gaza won't say "never again," and in the next engagement will have God on their side?

Nor can we ignore one of the reported reasons President Bush decided to invade Iraq. According to Thomas Romer, a professor of theology at the University of Lausanne, he was approached by the office of French President Jacques Chirac to help Chirac understand a reference Bush made to "Gog and Magog."

The words came up in 2003 while Bush was lobbying Chirac to become part of the "coalition of the willing" in support of an Iraq invasion. Bush told Chirac a story about how the Biblical creatures Gog and Magog were at work in the middle east and how they had to be defeated.

If you don't know your books of Genesis, Ezekiel and Revelation in the Christian Bible, that's where the names Gog and Magog appear. They are the forces of apocalypse that are coming out of the north and will destroy Israel unless they are stopped. Bush believed the situation in the middle east was a cosmic struggle, prophesied in Scripture.

Bush told Chirac, "This confrontation is willed by God, who wants to use this conflict to erase his people's enemies before a New Age begins." The same year he spoke with Chirac, he reportedly told the Palestinian foreign minister he was on a "mission from God," in launching the invasions of Iraq and Afghanistan.

Chirac has since confirmed Romer's report in a book published in France by Jean Claude Maurice, although he reportedly told the author if he repeated the story in his book, he would deny it.

If the story is accurate and I have no reason to doubt it, especially as George W. is a Christian millennialist, many thousands have lost their lives in a holy war, and Iraq continues to be the scene of enormous suffering, destruction and just plain terror.

For those Christians who affirm the concept of God in the first letter of John, "God is love," the so called "mission" of President Bush in Iraq was not only mistaken but absolutely contrary to the faith. And for those Christians who understand Old Testament prophecy and apocalyptic literature as referring to the times in which it was written, not some predicted future, the beliefs of President Bush in such a position of power and authority, is not only terrifying but utter madness. 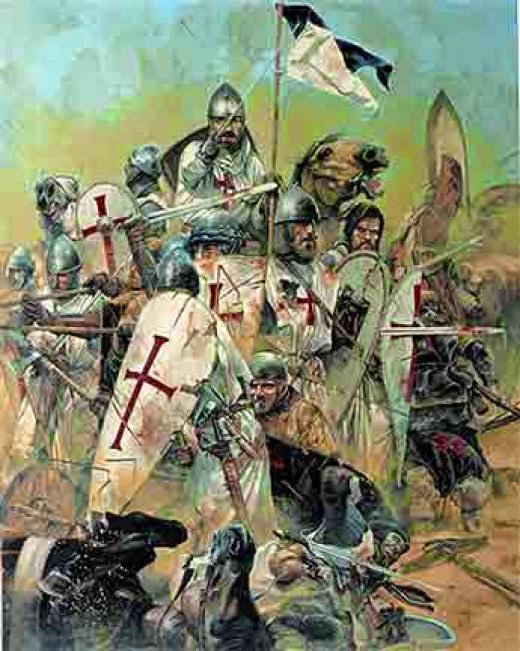 Two sensible things have been communicated about the situation we are in now. President Obama said, we are doing better in Afghanistan because leadership there is in dialogue across the political divides. That never happened in Iraq with the Maliki government. Rather they alienated other groups even more than earlier.

The problem is, the President said this in almost the same breath as committing us to new strikes in Iraq.

The only other sensible response so far came from Pope Francis. He asked Islamic leadership to come forward and disown the kind of Islam represented by ISIS. We need this to happen! But if it doesn't, we might also understand that at least in the U.S., Muslims have hunkered down, with good reason. There are some holy warriors at work in U.S. society who can't distinguish between civilians and terrorists. One disturbing bumper sticker I saw on I-29 read, "Kill Them All: Let Allah Sort Them Out."

That kind of thinking needs to be condemned by all people of faith. Fear and religious prejudice create silence and bitterness, not dialogue. The same goes for coercion, manipulation, force and war. Peace is the fruit of justice and truth seeking.

"Will they ever learn?"