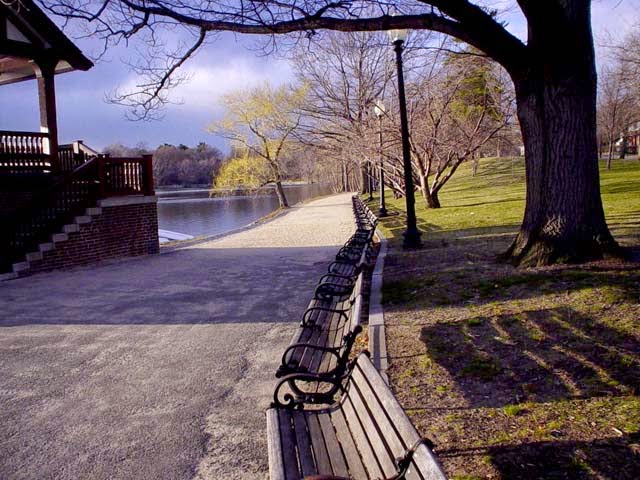 Like concentric circles flowing out in Jamaica Pond, formed of stones cast from different places on the shore, becoming as one, so the confluence of yearning flowing out from the far-flung shores of humanity, becoming as one. In a time of so many sorrows, Mieke went for an early morning walk around the pond last Shabbos. On her return, she told me in disbelief of the sign she had seen on a bench by the boathouse. It said in quotes, “Noah’s Office,” and then told of a memorial gathering that morning at nine o’clock for Noah Katz. We were both shocked, how could it be? As I later wrote in sharing thoughts with my congregation, for those of you who were touched by Noah’s ebullient spirit around the pond, taken in by his garrulous warmth and love of people, I apologize if this is your first hearing of his death. He had died suddenly in his sleep a few days before. Upon the bench where he so often sat, his “office,” there were folded running shirts that told of marathons he had run, and there were flowers, and upon the ground beneath the bench his running shoes with their bright orange laces boldly announcing Noah’s arrival at the finish line.

I made my way over to the pond just before shul, raindrops forming so many circles on the water. Word had spread quickly, a crowd gathering in the bandstand in disbelief, a huddled circle of people comforting and seeking comfort from each other. Noah’s sister and brother-in-law were there, all the rest were his family from around the pond. One woman, an English teacher, spoke of how she and Noah would talk about words, “what word should we talk about today,” Noah would ask her each morning he saw her. One of his favorite words was “serene,” she said, as he looked out onto the pond and noted its serenity. Another spoke of her son whose name was also Noah, and how big Noah would always ask how “little Noah” is doing. A man familiar around the pond for the parrot perched upon his shoulder, a bright colored bird named Shakespeare, shared that Noah had recently wanted to talk about death, leaving us to wonder if it had been a premonition, a sense of coming change. “No, no, said the man, let’s not talk about that.” Instead, Noah confided that he had always been afraid of Shakespeare the parrot and asked if he could hold him. “Put up your hand and Shakespeare will decide,” said the man. Transcending fear, reaching beyond limitation, as though beyond the wall that runners fear to hit, Noah held the parrot on his hand, smiling upon that which he feared no longer.

I spoke in the circle of having gotten to know Noah over the last year and a half or so. I shared the embarrassment and shame I feel for having avoided him for some time before that. Here and there we would speak briefly or trade pleasantries. I was often wary of the amount of time it could take to engage with Noah. With deep sadness, I realize what I missed and take to heart the lesson to be learned. One of the first times I met Noah, running for a short distance together, he asked me if I had any events coming. Perplexed, I thought about coming Bar and Bas Mitzvahs, weddings, the kind of events in my life. Seeing my confusion, he said, “races, do you have any races planned?” In having earlier avoided too much engagement with Noah, I think it was in part that I wanted to avoid being the rabbi, wanting just to be a pond runner or walker. Noah was intrigued, though, that I was a rabbi and I began to share more openly with him. We talked of having elderly fathers. We spoke of a mutual friend, someone who was to him as family for so many years, a woman whom my dad hired for her first job. Noah bubbled with laughter, almost uncontainable in his joy for living and his delight in human connection. 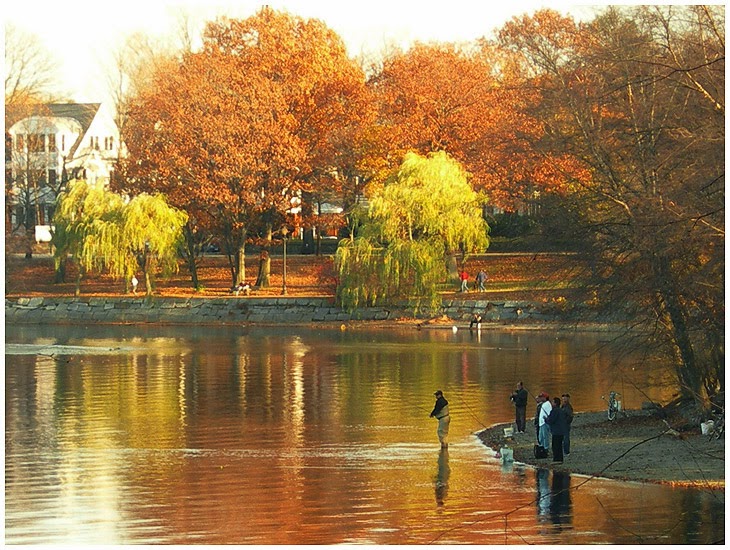 In the prayerful circle of that gathering by the pond, I shared thoughts on the Jewish meaning of Noah’s names, thoughts I would love to have shared with him. Telling of his soul’s roots, Noah’s names speak of who he was and continues to be. His Hebrew name, “Noach,” means rest, as in serenity, the way of which he spoke and sought. He could be at rest upon his bench, even as he is at rest now, his soul yet soaring to greet others, as upon the wings of another Noah’s dove. His last name, “Katz,” is an abbreviation for Kohen Tzedek/righteous priest. It is through the kohanim that blessing was conveyed upon the people. They were as conduits of blessing, through whom people were joined with each other as well as with God. In the sacred space of Jamaica Pond, Noach was a source of blessing, joining people with each other and helping each one he encountered to feel a sense of their own importance and belonging. One of the last times I saw Noah, he was sitting on his bench talking with a newcomer to Boston, offering advice and information, and most of all conveying the goodness of Bostonians, at least of one, whose ways we should aspire to follow. “Where do you think Noah is?” one of his close friends asked me when we encountered each other the next day. She and I had seen each other many times around the pond, but we had never spoken. “He is right here,” I said. “In our stopping to talk his soul is continuing to do its work. Soul work is never done.”

The next Shabbat was Shabbos Nachamu/the Sabbath of Comfort. Following the sorrows remembered on Tisha B’Av, day of mourning and fasting for so much tragedy in Jewish history and in the world, we begin a cycle of time called the Seven Weeks of Comfort. The name of this Shabbos as the Sabbath of Comfort comes from words chanted from the prophet Isaiah, Nachamu, nachmu ami/Comfort, comfort my people (Isaiah 40:1). It is an imperative given to each of us, each of us called to be a comforter, each of us in need of comfort. So it was in the bandstand by the pond on that Shabbos, a huddled mass of people comforting and being comforted by each other. So it is in the world right now, people all along the shores of humanity so in need of comfort, of hope. Hearts breaking for the violence in the Middle East, Israel and Gaza so unbearable; from where shall comfort come, from where signs of hope? Iraq, Syria, Ukraine, the old ways of strife that lead to misery, none to comfort and show a new way. Only stones gently cast, as in the way of symbolically casting our sins into the water on Rosh Hashannah, the Jewish New Near, shall bring circles of life to intermingle with each other. 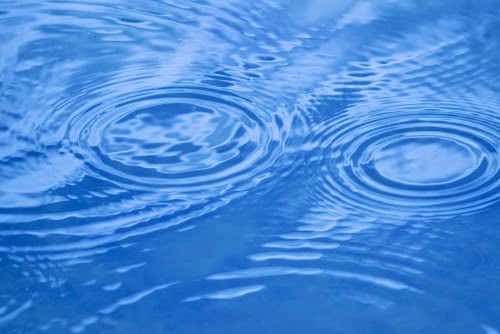 On that Sabbath of Comfort, we read from the Torah portion called Va’etchanan (Deut. 3:23-7:11), a prayerful word meaning in its root to beseech, to plead, to supplicate, an expression of so much desire and yearning. Wherever the word appears, it is understood to be an expression of a gift freely given/matnat chinam. That was the way of kindness as a gift freely given to all by Noah Katz. Of caring for each other simply because we are each human, each one carrying a story worth hearing, a precious connection waiting to happen, so shall the circles of life, circles of connection, intertwine and be unbroken, comfort upon the waters. May his memory be a blessing.