5 Ways to Adopt Nonviolence as a Way of Life


My hometown, New Orleans, is known worldwide for its gun violence. We have one of the highest homicide rates in America, and we have evolved countless approaches to changing that culture of killing. The culture stays alive due to years of failures, on the part of all the relevant stakeholders-- every level of government has failed to focus on the problem, seeing it as insoluble.

Established business interests have fled the city, meaning crime is the only employment available for many of our young men. We as individuals have failed to cross economic and racial divides and band together as New Orleanians to resist the violence that affects all of us in some way, every day we spend here.

Here are five of the many guiding principles we must follow toward a nonviolent existence.

1. Never forget that violence breeds more violence. The proper response to fear does not include forming a group of armed vigilantes, as some wanted to do after a mass shooting on Bourbon Street. That will only lead to more retaliatory killings, which already recur in familial and gang-based feuds that drag on year after year.

Even the pattern of other violent accidental deaths and suicides follows the geographic distribution of homicides, a grim shadow moving in the wake of the deliberate killings.

2. We must rely on our own community to develop a path away from the killing. Strategies imported from other regions do not work in New Orleans, as we discovered when we tried a conflict intervention plan called CeaseFire, which originated in Chicago. The effort upset the existing balance in the trial area, multiplying homicides by a factor of 2.6 in its first year, then started pushing homicides just outside its boundaries into the surrounding district, which is now #3 in terms of murders.

3. We must unite to conquer the problem and forgo blame. Casting nonviolence in terms of "we, the nonviolent, against them, the violent criminals," does not result in a solution. We will continue to fail until we all learn to speak, and think, in terms of "we" and "our problem."

The New Orleans Police Department uses statistics to downplay the rate of violence, while refusing to engage with the community on a meaningful level. NOPD relies on carefully controlled public meetings and crime walks rather than true community policing, which requires a 24-hour personal presence to help those who live in high-crime areas.

Officers don't want their own families to live in the communities where they themselves patrol, saying it's too dangerous for their spouses and children. What about the families who must live there? The assumption of innate superiority and desire for separation maintain a climate of mutual suspicion and hostility between police and residents, while New Orleanians continue to die. 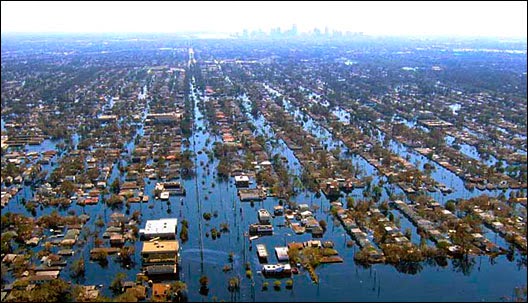 4. We have to solve our violence problem at the family level. We see some of the same surnames in lists of murderers and murder victims every year, and yet we fail to reach out to those troubled families. The most violent years for our teenaged boys, many still affected by the horrors they experienced during Hurricane Katrina, are 17-26.

We have to reach all our children with the message of nonviolence well before that time, which for some families means changing the habits of a lifetime. The more children we bring up surrounded by violence and death as a way of life, the longer the culture of killing will thrive.

5. We have to create a new positive system to replace the culture of violence. It is not enough to tear down what we now have without simultaneously devising a new mode of survival, one in which we all share equally in opportunities for education and economic advancement. Until we restructure our local system to give everyone productive alternatives to lives of crime, we'll all keep suffering.

Even legislative and judicial remedies designed to improve the problem, like federal civil rights cases and hate crime prosecutions, are exacerbating existing divides in the community, some racial and some between supporters of gun ownership and those of us who realize the availability of firearms is a major part of the problem.