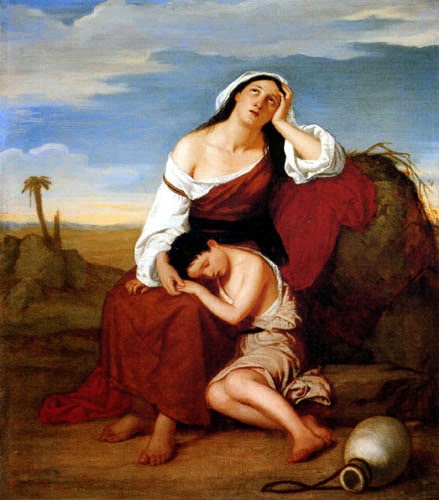 Phyllis Trible has written a book called Texts of Terror. In it she writes about four women and their stories in the Hebrew Scriptures: Hagar, Tamar, Jephthah's Daughter and the Levite's concubine. The latter two don't even have names in the Bible. They were considered property and remain nameless. If you have the stomach for it, read their stories in Scripture. Whatever they tell us about the human condition and our relationship with God and each other,  they certainly don't suggest family values we are meant to emulate.

Then there's the New Testament. If you take Jesus and Paul at their word, it's better not to get married and have families. Neither one of them did, speculation about Jesus and Mary of Magdala aside. And if you look carefully for passages that say much about marriage, you'll look in vain. There's not really much advice about marriage when Jesus changes water into wine, although given the money people spend on marriages these days, that would surely help the bottom line.

Some family values folks still like to use the admonition in Ephesians, that wives should submit to their husbands just as children must obey their parents and slaves must obey their masters. Rachel Held Evans spent a year trying to live out some of these Biblical injunctions. In her book A Year of Biblical Womanhood, she describes her experiment in taking the Bible literally. Her subtext reads, "How a Liberated Woman Found Herself Sitting on Her Roof, Covering Her Head, and Calling Her Husband 'Master.'" It's a serious book from someone who is a serious practitioner of the faith and a serious student of the Scriptures. And it certainly raises serious questions about some of the things still held up as family values.

The fact is, the American family has been and still is, changing dramatically. And whether we like it or not, family values are changing as well. We would do well to recognize that Scripture gives us a picture of all manner of families and the values they demonstrate. It's our task to draw from them acceptable behavior that is rooted in love, of God, neighbor and self. Like many of the characters in Scripture, we will make mistakes. But the Biblical stories should be a help to us in our stories. 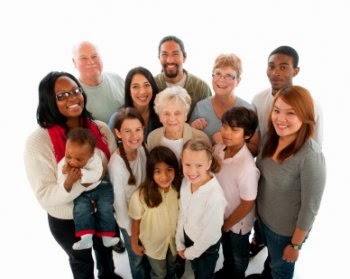 A recent article in the AARP magazine (yes, I'm over 55) was called "The New American Family." It highlights interviews with six different families, representative of family life emerging in the U.S. The first family is a single mom, who adopted when she was financially and emotionally stable, had a second child through a sperm donor, and then married a divorced father of five. Talk about blended!

Then there is the new multi generational family. There are now some five million households in the U.S. that include three or more generations living under one roof. Apparently, according to MN public radio, there are more young people in MN building smaller cottages, or separate living space on their property, for grandparents.

Interracial marriage was banned in some states until 1967. Today more than eight per cent of all families in the country are interracial in nature. The same is increasingly true of inter faith families. Rather than racial and religious differences acting as deterrents to marriage and stable family life, many now see bridging those differences as a way of enhancing and expressing family values.

We are seeing more same sex marriages and families. It seems ironic that those who most want to get married these days are the ones who meet all kinds of legal and cultural barriers. There are some, evangelical Christians even, who believe same sex couples may be the path to saving the institution of marriage.

The AARP magazine article also focuses on a mother and her autistic son (a family) and a boomerang family, where children return home. In 2010, 51% of men aged 18 to 24 lived with their parents, 47% of women.

Family life is changing. There are still such things as family values. But translating values from one culture and time period to another deserves our careful attention and reflection. We need to seek the deeper expressions of the human heart and spirit and apply them to the new realities. These deeper expressions can be found in Scripture, if we dig below the surface. The same can be said for present day family values. They are there. Let's get past the facade and look at what's really going on behind closed doors.