My oldest brother was named after my father and the original Protestant (since he was the original protester) Martin Luther. Since dad began his ministry in the Lutheran Church, it seemed appropriate to him to give his first son a middle name honoring the church founder.

I'm not sure if it meant that much to my brother. I do remember how he sang in church with gusto. I often sat with him in the balcony and even there suffered some embarrassment as he sang loudly but not well. I often wondered if people thought it was me. I was also curious if people below could hear what I was hearing. I'm not sure if Martin  Luther sang well, but given other things we know about him my guess is he also sang loudly and with gusto.

My younger brother was named John Mark, after two of the Gospel writers. He's turned out to be a writer as well, not on religion, but close enough. He mostly writes on ethics in international business. I realize that sounds like an oxymoron to some of us, and my brother and I have had our arguments and debates over the years. But still, he does the hard work of promoting a factory like Alta Gracia, one model company paying a "living wage" in the Dominican Republic and setting an example for others and he travels to China lecturing about business ethics, including respect for human rights.

My sister was named after a queen of Persia with the middle name of Dawn. You know, like the sun rising! Growing up, she always expected me, as her younger brother, to treat her like a queen. And I know that these days, she sees the dawn most days since she's an early riser. Much more so than I.

And me, my parents named me after my uncle. No famous church leaders or Gospel writers or royalty. My uncle worked in a clothing store. He and my aunt took me into their home many summers, as they were childless. And they took my father into their home after his mother died, as he was on the tail end of twelve boys. My uncle's legacy of simplicity and generosity is one that still challenges.

It used to be that most names were given as symbols, as challenges to live into. Biblical names were replete among Christian communities, all except Judas. 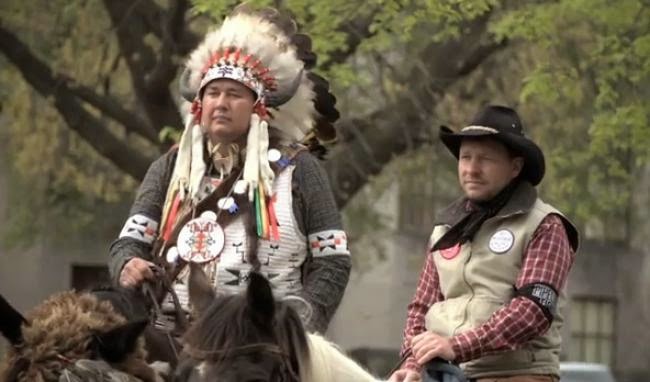 Names are still symbolic to some. Take the Washington Redskins football team for instance.

A few days ago some 50 Democratic Senators sent a letter to the commissioner of the National Football League saying that "racism and bigotry have no place in professional sports." They asked Roger Goodell to personally support a name change for the Washington team.

This request came on the heals of the controversy over the racial remarks of Donald Sterling, the owner of the Los Angeles Clippers basketball team. If the NBA can move so quickly on a racial issue when it applies to African Americans, why is the NFL so slow to move on concerns of Native Americans? One wonders if it isn't a question of power, not ethics or morality. 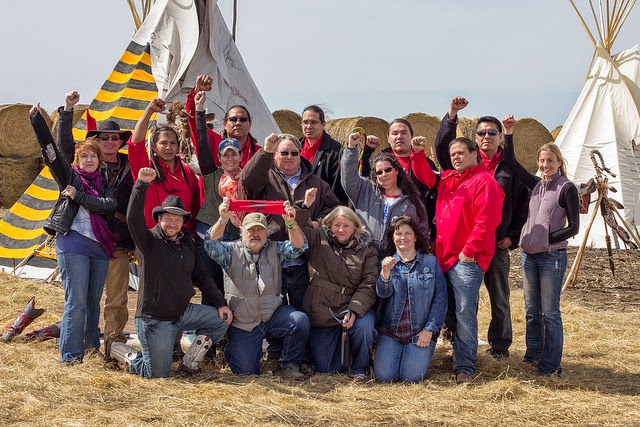 Still, the power base of Native American communities is changing. Most European Americans are oblivious to the new developments in Indian country, especially with the continuing work of tribal colleges. Self development is happening. Now, if only the white liquor establishments in places like White Clay, NE would get out of the way. It seems some people like keeping racial minorities addicted, whether to alcohol or cocaine, and too many of us ignore these moral atrocities in our midst.

There are also new relationships developing. The Cowboy and Indian Alliance (CIA) is one. This is a group of Indian people opposed to the Keystone Tar Sands Pipeline, and what they call the "new Indians." These are ranchers and farmers (Cowboys) under the gun of eminent domain. A foreign corporation (Transcanada) will take their land for the pipeline to send oil, most likely to China, and the Cowboys have no recourse, except organizing a moral and political effort. 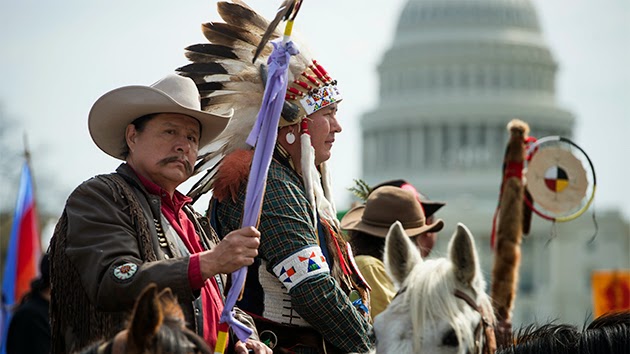 The CIA held a week long presence on the national mall in D.C. And there are now three camps in South Dakota along the proposed pipeline route. There hasn't been much news coverage of these efforts, perhaps because the camps are devoted to prayer. I attended one a few weeks ago supported by the Rosebud tribe. Some sixty of us gathered for prayers, dancing and dining together. Half were Indians and half Cowboys, from as many as a half dozen states. Their stories were troublesome and yet heartening, as they were struggling with enormous principalities and powers that could devastate people of lesser courage.

I especially like their name, and acronym, CIA. Their cause has more intelligence for the earth and the basic necessities of life than any government agency. And they are centered on the primary intelligence we all so desperately need, how to live in a sacred manner on this planet.

Names can be meaningful.