Some members of my congregation have asked about contemporary theologians who are addressing some of the hard issues of our time and what they are saying about them. One of the contemporary movements in theology is called “postcolonialism” or “postcolonial theology.”

In the last century the center of Christianity was in Europe and the United States, and so theologians from these parts of the world were the ones we read. In the twenty-first century this has changed. The influence of Christianity on the majority culture in Europe and the United States is in decline, but in Asia, Latin America and Africa it is on the rise. Theologians from these regions of the world are bringing a fresh perspective, and they are challenging some of our deepest assumptions. This makes ours a very creative time, and a controversial time of change. 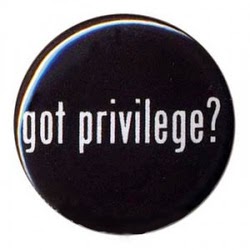 One of the issues postcolonial theologians have identified is the close relationship between the Protestant Church and the majority culture. For the last 500 years, since the Protestant Reformation, or maybe even for the last 1500 years if you go back to Constantine, Christianity has been closely aligned with the state. We have become used to thinking of the U.S. as a Christian country. Postcolonial theologians are saying that we, and they mean particularly white Protestant Christians, need to create some distance between ourselves and the majority culture. We need to disengage from the culture so that we can re-engage the culture in a more prophetic way. We have confused the “way of Christ” and the “way of culture,” and now we need to create some distance between these two ways of life. As you would expect, there is some push back coming from some people who think that this is throwing the baby out with the bath. This is too radical.

One of the people who is pushing back is Patrick Buchanan. He is not a theologian, but he served as an advisor to three presidents. He has been on the inside of the debate on American policy and culture. Here is what he says in his book, Suicide of a Superpower: Will America Survive to 2025? (St. Martin’s Press, 2011). “The old concept of America, as a melting-pot nation, was about melding immigrant Irish, Italians, Germans, Jews, Poles, Greeks, Czecks and Slovaks into Americans. The melting pot was about the abolition of diversity and the Americanization of immigrants . . . “(232).  He goes on and says later in the book, “Our intellectual, cultural, and political elites are today engaged in one of the most audacious and ambitious experiments in human history. They are trying to transform a Western Christian republic into an egalitarian democracy made up of all tribes, races, creeds and cultures on the planet earth. They have dethroned our God, purged our cradle faith from public life, and repudiated the Judeo-Christian moral code by which previous generations sought to live” (400). And he warns, “We are trying to create a nation that has never existed . . . [and] we are killing the country we inherited—the best and the greatest on earth” (403). And he warns that the death of Protestant Christianity will be the death of what he calls the “European Tribe.” This is strong stuff.

A few years before Buchanan sounded his warning, the late Samuel Huntington wrote a very important article called “The Hispanic Challenge” (Foreign Policy/2004/03/01). In this article he said,

"The persistent inflow of Hispanic immigrants threatens to divide the United States into two peoples, two cultures, and two languages. Unlike past immigrant groups, Mexicans and other Latinos have not assimilated into mainstream U.S. culture, forming instead their own political and linguistic enclaves—from Los Angeles to Miami—and rejecting Anglo-Saxon Protestant values that built the American dream. The United States ignores this challenge at its peril."

It turns out that Buchanan and Huntington are the cousins of two biblical prophets: Ezra and Nehemiah. When the Babylonian empire conquered Israel they destroyed the city and the temple and carted off the nation’s elite and took them into exile. When this period of exile ended, Ezra and Nehemiah returned to their homeland and they were dismayed to find that nothing had been done to restore the city or the temple. Things were left in ruins. It is understandable that they came to the belief that the remnant that had been taken into exile was now being called by God to restore the city and rebuild the temple. They wanted to restore Israel to its proper place in the community of nations—and the path to glory began with rebuilding the city walls and the temple. Nehemiah was very critical of people who weren’t prepared to go along with his plan. Here’s what he said. 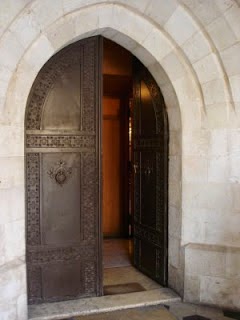 He wanted to restore Israel to its glory days, and he believed that the way to do this was to protect and preserve the purity of their faith tradition. He was also worried about economic issues. Intermarriage was one way that immigrants could gain access to the land and to a whole host of social programs. And, worse yet, through intermarriage Israel would expose itself to foreign influence in its internal affairs. Families would have divided loyalties—half to Israel and half to the foreign homeland. The Nehemiah of old, like Huntington and Buchanan today, wanted to give no one a “passport to amnesty.” Protecting the tribe was the priority.

Postcolonial scholars want us to disengage from this way of thinking. They tell us that the Bible is an important book of our tradition, but it is not the infallible, inerrant Word of God. As a biblical people we have to choose the narrative from our tradition that we want to use. How shall we organize our community? What values are dearest to our tradition? We can be a people of faith who refuse to collaborate with the Ezras and Nehemiahs of our time not in spite of our faith but precisely because we are people of faith.

One of the oldest passages in the Book of Deuteronomy says “A wandering Aramean was my father” (Deut. 26:5) In other words, our ancestors were refugees—whom the Lord brought to a land flowing with milk and honey. And the Lord said to them, “You . . . and the aliens among you shall rejoice” (Deut. 26:11). In another passage from Deuteronomy we are told, “You shall love the stranger, for you were once strangers in the land of Egypt” (10:19). And in the Book of Leviticus, chapter 19: 34, “The alien who resides with you shall be to you as the citizen among you; you shall love the alien as yourself, for you were aliens in the land of Egypt: I am the Lord your God.” And the Jesus tradition teaches us to welcome the stranger, feed the hungry, cloth the naked. We are called to greet and welcome the humanity that meets us every day, and join with others in the struggle to create an open society. 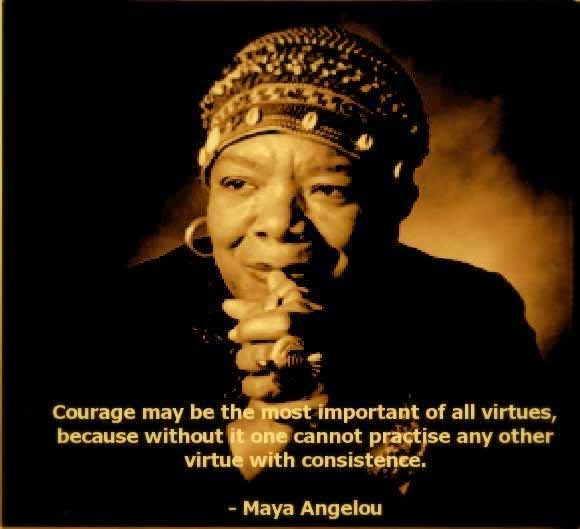 The Bible is an important book of the Christian tradition. But it is not an infallible word. It is a dialogical word. The Bible is a dialogue, a conversation, being had by people who are members of a faith tradition. The United States has always been a nation with many cultures. Those who advocate for a return to the melting pot of the past are asking us to embrace a vision of an America that never was and can never be. Today we can embrace a vision of a multicultural America that is what our nation could become.

In celebration of this vision I want to share a poem by the late Maya Angelo, whose life we must celebrate today. This is an excerpt from A Brave and Startling Truth, a poem she wrote for the 50th anniversary of the United Nations:

We, this people, on a small and lonely planet
Traveling through the causal space
Past aloof stars, across the way of indifferent suns
To a destination where all signs tell us
It is possible and imperative that we discover
A brave and startling truth . . . .

When we come to it
When we let the rifles fall from our shoulders
And children dress their dolls in flags of truce
When land mines of death have been removed
And the aged may walk into evenings of peace
When  religious ritual is not perfumed
By the incense of burning flesh
And childhood dreams are not
Kicked away by nightmares of abuse
When we come to it. . . .

We, this people, on this wayward, floating body
Created on this earth, of this earth
Have the power to fashion for this earth
A climate where every man and every woman
Can live freely without sanctimonious piety
And without crippling fear
When we come to it

We must confess that we are the possible
We are the miraculous, the true wonders of this world
That is when, and only when
We come to it.