I once, again, find myself in a conundrum. I am a pastor of a small congregation of people who seek to come together in authenticity and intimacy creating a community where a voice of inclusion, justice, and hope is heard, but I am not trained in great systems of nonviolence or conflict resolution. Rather I am a child of the streets, a place where unrest is sometimes the only way to be heard.

The group of Jesus followers I am blessed to serve have been declined a facility to show a documentary that illuminates an injustice that has occurred within the world. The reason for the decline was the facility ‘will no longer be renting the facility on Sunday’ and ‘the film has created controversy in other areas.’ My initial response to this was a great sense of unease. 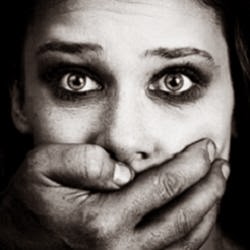 Is this decline a larger emulation of what is wrong with this world? That we, who seek change, are denied venues of bringing to light severe injustices that exist among our world? And then, as people of peace, how do we respond? Do we take the road of not wanting to create more confrontation and sit idly by not saying anything because to say something creates more unrest in a world already plagued with too much unrest? How do we create change among a world of exploitation and oppression when we long so desperately for the world to stop its violence but at times can see no other way but to create unrest?

I recently heard that at times the best response is silence. I agree. There are times that the best response is silence…But did silence stop the oppression of African Americans? Did silence break the bonds that held women for so long? Is silence the answer to the inequality that continually finds its way back into the discussion of full rights and inclusion for people with all sexual orientations and gender identities? Is it silence that makes the injustices of our world fade away? 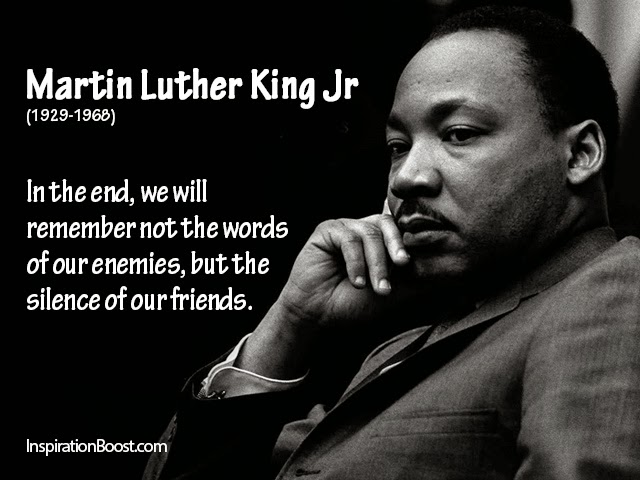 If its not silence, than what is it?