For several weeks now I have been pondering the meaning of a horrific auto accident that involved our precious granddaughter.  In a fraction of a second, she went from being a happy, hilarious teenager, enjoying a vacation with friends, to being a critically injured patient in a neurological ICU at a major trauma center.

In a fraction of a second, all life stopped.  As we received the news at home, hundreds of miles from the site of the accident, we felt suspended in a timeless zone where nothing and everything happens simultaneously.  With shaking bodies and dry mouths and minds that would not focus, we moved through the immediate shock and made attempts to order things just enough to be able to function.  Adrenalin works.  Helpless to do much else, we prayed and we were joined by “pray-ers “ all around country and even in other parts of the world as the news traveled through the ethers.

Four weeks later we are well on the other side of the shock and fear and anxiety of making our way through the unknown.  Our granddaughter is making a miraculous recovery and will be her incredibly lovely, courageously witty self as she moves ahead into her life.   The mysterious energy of prayer and the skill of western medicine have left us stunned with gratitude at the outcome. Still, I ponder what has happened ~ and again and again, the physics of it repeat in my brain: chaos > order; chaos > order.  Nietchze wrote: “You must have chaos within you to give birth to a dancing star.”  Carl Jung wrote: “In all chaos there is a cosmos; in all order there is disorder.”

Years ago I became acquainted with Ilya Prigogine’s “Theory of Dissipative Structures” – the idea of “open systems” that consume and exchange energy with their surrounding environment in the service of transformation.  (That is my layperson’s understanding  of a very complex theory.)  Human beings, families, communities - - all are “dissipative structures”.  Dissipative structures are unstable ~ subject to fluctuations ~ perturbations ~ that affect the organization of the structure, causing it to “disorganize” and then re-organize again.  In the re-organization, new and more complex connections are made within the structure and transformation happens.

The Theory of Dissipative Structures has become my working metaphor over the last several weeks.  Our family, our community, our far-flung web of connections all were impacted by the magnitude of the “perturbation” of the accident and its effect on our beloved granddaughter.  The dissipative structure of all those interwoven relationships felt the impact of “disorganization”.   And yet, almost immediately, the re-ordering began.  Highly trained medical people swung into action and practiced their skills yet one more time.  Our local rabbi and minister swung into action and practiced their own healing skills by organizing the community into interfaith prayer.  Meals were organized.  Funds to help with medical costs were set up.  Our granddaughter’s classmates and fellow hockey players created healing messages for her hospital room bulletin board.  In many invisible ways, the chaos introduced by the accident set in motion a re-organization of interconnectedness at a much deeper and higher level of complexity than existed the day before the accident. 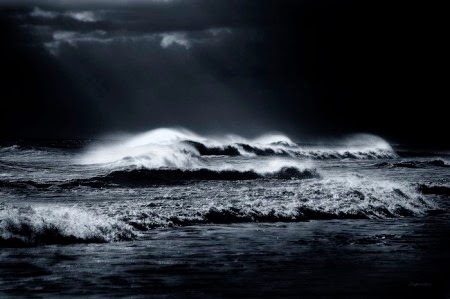 Indeed, the Spirit of Creation hovers over the face of the deep.

The accident was a violent disruption.  But the open systems it affected were able to re-order and re-organize.  Even so, Ilya Prigogine  recognized that sometimes a fluctuation or perturbation in an open system can be so great that the system cannot “tamp” it down and reorganize.  When this happens, the system dies.  I cannot help thinking that this is what we witness in the violence of war where the disruption of interconnections between human beings is so violated that the system begins to die.

Perhaps the key element in the transformation in our personal lives through our personal chaos is the element of prayer.  It has affected healing processes and it has deepened our human connections with one another.  Compassion and hospitality and generosity have broken out.  True, life will settle back into familiar patterns, but they will not be exactly the same.  A bit of evolution has happened.

When I read of the Pope praying for peace with Jewish and Arab religious leaders I could only hope that I was witnessing the Theory of Dissipative Structures in evidence again – that the open system of human relationships might be re-ordering itself just a little so that Creation might continue.