I keep thinking about that veteran I visited at Sacred Heart Hospital. He and his wife were on the church membership list so I stopped by his room. His wife was with him. He wasn't very talkative, waiting for the likely removal of one of his legs. He'd lost some of the other one on a previous visit. It soon became clear there were other significant health issues as well.

His wife was more talkative than he was. She related a long history of one health problem after another. All, according to her, because he was one of those soldiers the U.S. army walked into the first atomic test explosions out in Nevada, without adequate protection or preparation. I'd read about how those men had been used as guinea pigs. I hadn't ever expected to meet one. 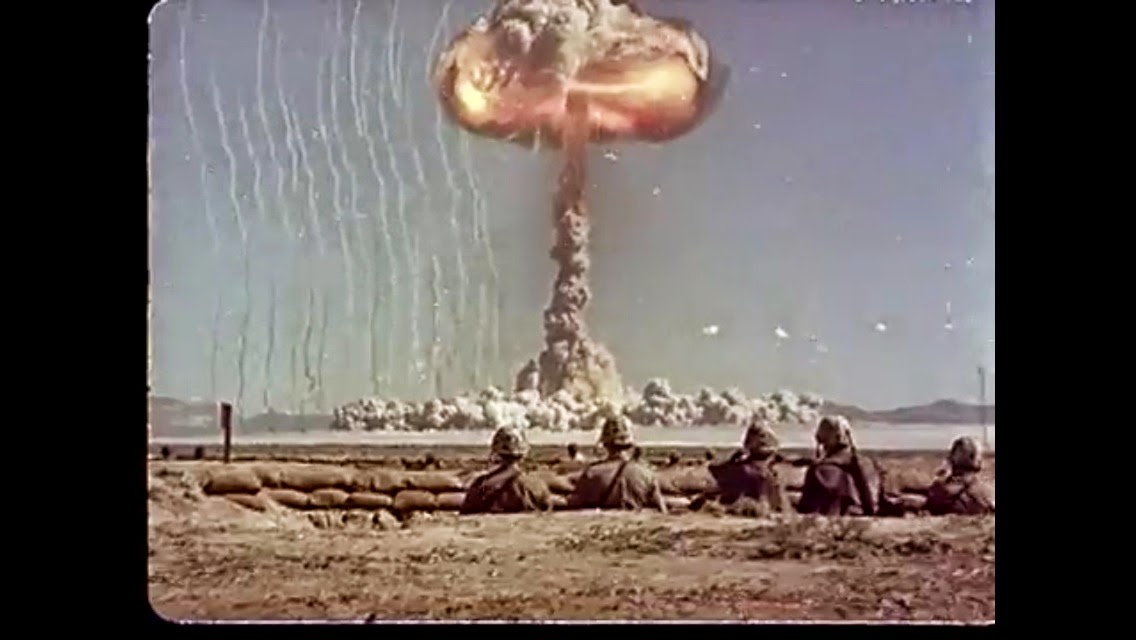 It's an education in how our government treats soldiers to go back and look at some of those old nuclear weapons testing films  They are out there on the internet. You can watch soldiers walking through the area where a nuclear weapon has just been detonated, while some of the test vehicles, etc. are still burning. Then the government claimed ignorance about harmful health effects from radiation exposure. They pretty much do the same thing today.

I'm thinking about this for a couple of reasons. First, there's an update on the twenty first century equivalent of the Nevada nuclear test.

It's about those naval personnel who were exposed to dangerously high levels of radioactivity on the U.S.S. Reagan, off the coast of Japan, when the tsunami and nuclear meltdown happened. The sailors have filed a new $1 billion lawsuit against Tepco, the Japanese company responsible for the nuclear reactors at Fukushima. The suit says Tepco deliberately lied about the dangers and thereby exposed them to the various illnesses so many of them are now suffering. The list of plaintiffs grows monthly, with as many as 70,000 U.S. citizens affected and potential participants in the class action suit.

It has become increasingly clear that the U.S. Navy was aware of the danger when it took action to move the ship farther out to sea. Naval officials were communicating with Japanese officials about the extent of the radioactivity. Still, the Navy denies the ship suffered heavy exposure. And, the Navy can't be sued.

The army couldn't be sued by the soldiers sent into the Nevada desert either. Just as the military never took much responsibility for the impact of agent orange on its own troops in Vietnam. Nor is it taking responsibility for what the use of depleted uranium in Iraq has done to veterans, let alone the population of that bitterly divided and much destroyed country.

The U.S.S. Reagan is a hot potato. Nobody wants it. At the moment the $4.3 billion carrier is parked in San Diego, CA. Ports in Japan, S. Korea and Guam turned it away. Critics say it is too radioactive to operate or scrap. The Navy has exposed additional personnel trying to scrub it down. Many believe it will have to be sunk, like other ships contaminated in the atomic tests in the South Pacific.

Another reason I'm thinking about veterans left in the lurch is because of the recent vote in the U.S. Senate. There was a proposal to increase benefits for the nation's 22 million veterans in health, education and job training programs. Republicans killed it with one of those "we don't have to filibuster" filibusters. There were only 56 votes in favor, a simple majority. It needed sixty.

Ironically, the nay sayers killed it because they didn't like the idea of just "talking" to Iran instead of increasing sanctions. The same folks who would deny help for those who already served in U.S. wars, are the same ones who would work to increase hostility and potential conflict with another adversary.

A recent book by Ann Jones is called, "They Were Soldiers: How the Wounded Return from America's Wars - The Untold Story." It will likely be the anti-war book of this generation. She contends that war is a recent human invention and we happen to be the most creative inventors. Billions for more high tech weaponry, like drones, but little to nothing for the boots on the ground. 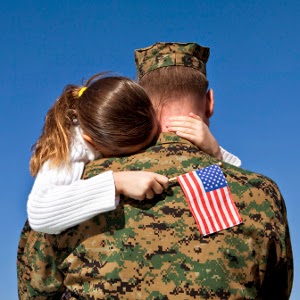 When our representatives in Congress voted to cut food stamps, that impacted 900,00 U.S. veterans. According to CNN Money, new soldiers with a spouse and one child earn $20,000 annually and in 2013 the department of defense found that in military stores, food stamps accounted for $100 million in spending.

The latest statistics from the Veterans Administration count 22 suicides a day. Thousands of vets are homeless. Homicides committed by active duty and veteran troops rose 90 per cent between 2001 and 2007. And in the meantime, Halliburton and other war contractors are raking in the billions. By 2008 in Iraq, private contractors had taken in $138 billion in profits; with Halliburton alone snatching $39.5 billion.

If you're young and thinking about the military, maybe you should read that book by Ann Jones and talk to recent and long ago vets about their experience. Get an honest appraisal from the experts, not the pious preaching of the recruiters or the patriotic parroting of the press. If you examine the way our government has treated lots of folks in the past, you'll understand you'll be disposable property.