The flyer announcing a program I participated in this week made me chuckle. It was an interfaith dialogue at St. Anthony’s Shrine, a Franciscan center downtown. The flyer has at the top a picture of an imam, a rabbi, and a priest. The rabbi is me, the imam is Imam Talal Eid, with whom I have often participated in such discussions, and the priest is Fr. Jorge Mario Bergoglio. Unfortunately, Fr. Bergoglio is the only one who didn’t make it, because as Pope Francis he is quite busy. I love the picture, though, in its joining the three of us. We were in fact all part of the program, which was called, “Pope Francis – A Muslim and Jewish Perspective.”

In the context of interfaith dialogue, prior to the formal program, people gathered with each other at tables for informal discussion and sharing. I sat with a man who expressed concern that interfaith dialogue doesn’t allow us to see each other in context, as who we really are. He felt that the integrity of each faith is lost. Not able to know the other in the innermost way of their being, this man questioned whether interfaith dialogue was meaningful at all and whether we should engage in it.

I shared the man’s question as I began to speak in the formal part of the program. I then explained that through engagement with others and by learning about them, I learn more about myself. I set as a framework for reflecting on Pope Francis a verse from the prophet Micah (6:8) that since my chanting of it at my Bar Mitzvah has remained a guiding star in my life, Higid l’cha adam u’mah Hashem doresh mimcha/It has been told to you O mortal what is good and what God seeks of you, only to do justly, to love kindness, and to walk humbly with God. As I have often shared, when I spoke at my Bar Mitzvah about what I had chanted, my mother asked me to make a slight addition, “to walk humbly with God and with people.” 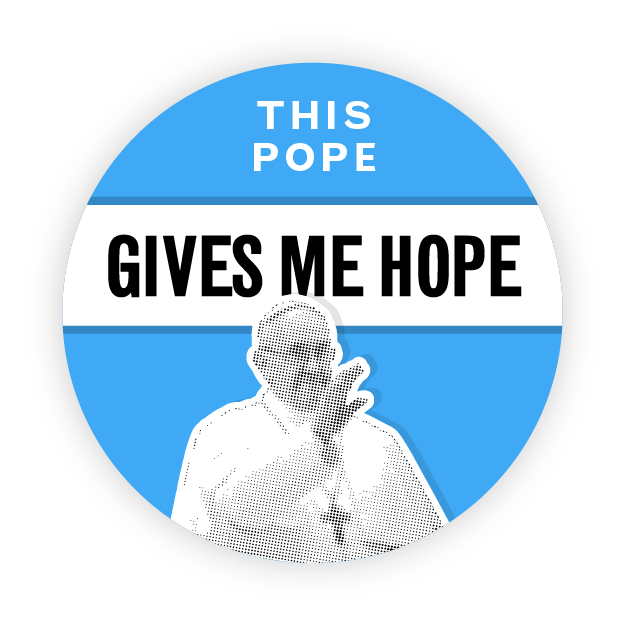 Acknowledging that my mother would have liked Pope Francis, I shared my own impressions and what I draw from him -- excitement, inspiration, and appreciation. I appreciate the mirror that he holds up for all of us, reminding us to look deeply at the relationship of our behavior to the beliefs we profess. In whatever ways our challenges are different, I also identify with the process of wrestling with the nature of change in a religious community that reveres tradition, a community in which the past lives in the present as we look to the future.
If we use Micah as the lens, all facets of life come into focus. In his manner, the Pope asks me to look at my own sources and to consider a Jewish response to what I see in the world around me and within myself. His concern for the poor and the downtrodden reprsesents a bridge between the personal and the political. His personal humility is symbolic, representing what should be, underscoring that opulence in the midst of so much poverty is wrong. He makes me think of a story from the Talmud Yerushalmi, the Jerusalem Talmud as compared to the Bavli, the more expansive Babyonian Talmud:
Rabbi Chamah bar Chanina and Rabbi Hoshayah Rabbah, the Great, were walking among the (magnificent) synagogues of Lud. Rabbi Chamah bar Chanina said to Rabbi Hoshayah (seemingly with pride), "how much money did my ancestors sink here?" Rabbi Hoshayah said to him, "How many souls did your ancestors sink here?"
Walking humbly with God and with people, the Pope makes us think of how Moses is described as anav mikol adam/the humblest of people. Living and modeling values, he washes the feet of the poor and despised, kissing God’s image in a disfigured face. Living and modeling values, it is the day-to-day details that he challenges each of us to think about in the context of our own lives. It is about where and how Pope Francis has chosen to live; humble quarters, an ordinary car rather than the Papal limousine, paying his own bill for the room in which he stayed during the conclave that elected him as pope, appointing Cardinals from poor countries. In regard to gay people, the Pope said “who am I to judge?” The rabbis taught that we are to judge another according to kaf z’chut/the scale of merit. Not to judge another is only a beginning. The key is in how we act and stand in the other’s presence. 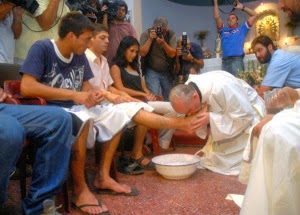 During the question and discussion period following the formal presentations, I was reminded of my earlier conversation as to whether interfaith dialogue is worth it, whether we can really know the other in their innermost being. A man began to challenge Imam Talal, going on and on asking about violence in Islam, about terrorists and about wife-beating. Imam Talal remained far calmer than I was feeling and he responded with nobility and compassion. I was probably less measured in my response, warning against the danger of assuming to know the inner struggles and challenges with which we all wrestle within our own traditions. From within, we meet the challenges of our own faith and people with love as we draw from deep roots. From within our own traditions we are part of a larger context in which beauty and emotional attachment nurtured throughout our lives cushion those elements of our own people and teachings that pains us.

In the week’s Torah portion, Sh’mini (Lev. 9:1-11:47), we find the very middle of the Torah, the silent space between two words, darosh|| darash/seek||surely seek. That is the challenge for all people of faith, to seek deeply in the innermost places of who we are. It is true that we cannot enter that place of such depth in another’s soul, but in our engagement with each other we are touched by intimations of who they really are. And that is a gift that can only enrich us all.

I am grateful to have spent an evening this week with an imam and a priest. Even if the priest could not make it, he was with us in spirit and his spirit touched me. Pope Francis has reminded me of just why the words I chanted at my Bar Mitzvah are so important to me. As my mother would have reminded the prophet Micah himself, so she would also have cautioned the Pope, and I believe he would have smiled, acknowledging that to walk humbly with people is to walk humbly with God.