A recent Tenors concert at the Performing Arts Center here in Brookings was awesome. Aside from the fact that you had four of the most powerful and musically intelligent singers on the planet, these men were also personable and eminently able to interact with the audience. It was one of those times in my life where I wished I could do that outrageous whistle thing through the teeth. I wanted to respond in the most appreciative way possible, and I'm convinced the rest of the full house felt the same way. 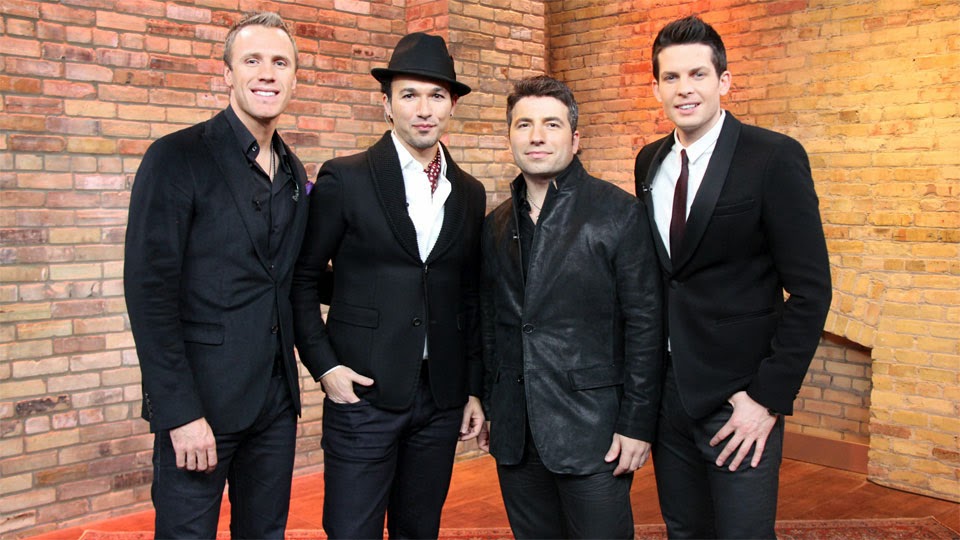 One of the tenors spoke about the healing power of music. I was personally aware of how their music had been healing for me during a time of pain and surgery. Talking with a friend the other day, he also reinforced the idea music heals, from his own life and the lives of others he knew. The music at the concert was certainly healing and uplifting. It also reminded me of the healing music of Jack Leroy Tueller, from Bountiful, Utah.

A World War II veteran, Jack tells the story of how one night shortly after D-Day and after witnessing the killing of innocent civilians, he decided to play his trumpet as a way to relieve stress. He was warned not to play as a sniper was still nearby. He played anyway, a German love song. In the morning, the 19 year old sniper surrendered, asking, "who played that trumpet last night." The young man confessed he couldn't fire anymore after being soothed by that familiar love song.

Most of us have heard that other story out of World War II, where on Christmas eve someone began singing "O Little Town of Bethlehem," only to hear it echoed across the enemy lines. Those who had been intent on killing each other ended up meeting and befriending each other through music, if only for a few hours, in honor of the Prince of Peace.

The Tenors concert left me feeling good through the next day, Saturday. Then on Sunday, I heard the program "On Being" on public radio with Krista Tippett interviewing Bobbie McFerrin. Talk about an astute musician with talent, wit and personality. McFerrin must be one of the most original musical talents on the planet. If you aren't sure about that, or aren't familiar with him, check out "Don't Worry, Be Happy" and the "23rd. Psalm" on You Tube or observe his ability to involve the audience at the "World Science Festival" clip or the "Sing: Day of Song" (amazing improvisation) you can also find there. 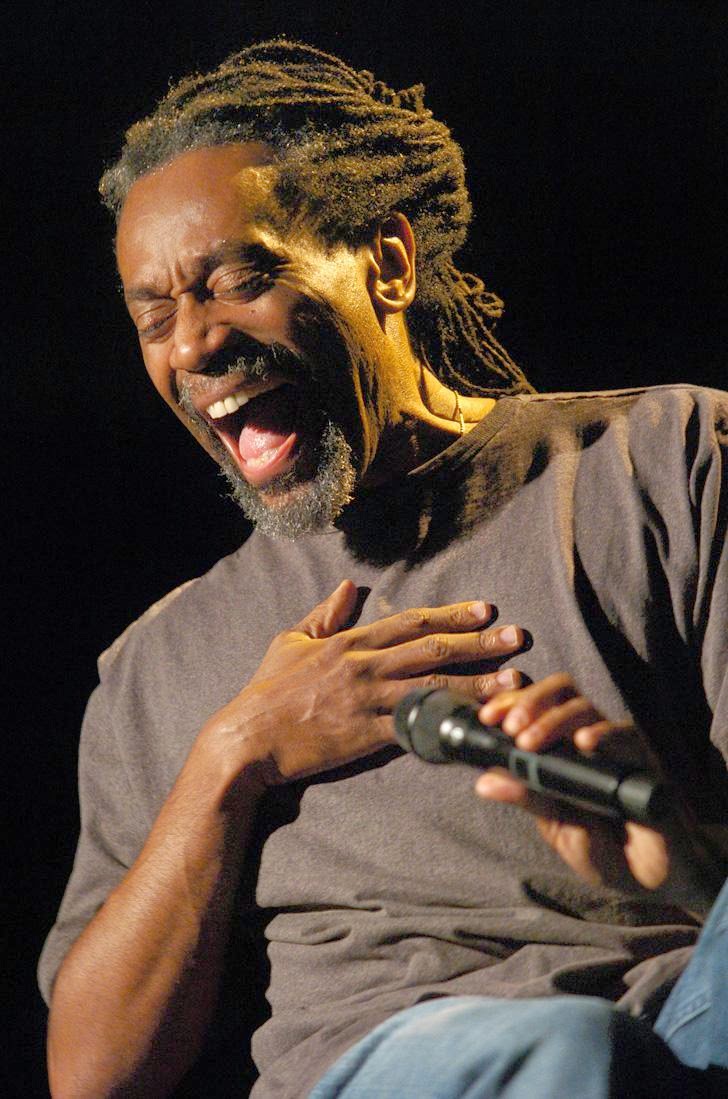 But more than anything I wanted to mention what McFerrin said about music in the interview. McFerrin mentioned that the best reaction to his music he had ever received was after a concert. When he engaged the audience in questions and responses, a woman stood up and said with great feeling,"you make me feel soooo good." That's why he does what he does. According to McFerrin, "I want them to have feelings of joy from the depths of their being."

At least three other comments from the interview struck me as insightful, to the point where I had to write them down. McFerrin said, "the best way to deal with temptation is to sing." So instead of reaching for whatever fuels our addictions, we reach for the low and high notes of our musical scale.

A second idea he shared was that "we are embodied memories of our ancestors." I'd heard something similar in a book by Nikos Kanzanzakis, the great Greek author of "Zorba the Greek" and "The Last Temptation of Christ." In his book "Saviors of God," Kazantzakis suggests our forebears, far back into the ages long ago, continue to influence us, especially in our striving and climbing, ever higher and higher into the future. We carry the ancestors with us.

The third idea was that "the breath is the way of uniting mind, body and spirit." For one raised with a Biblical understanding, this confirms the profound nature and possibility of singing. If as the book of Genesis says, God enlivens the human person  with the "breath of life," when we use that spiritual gift to produce a replica of the harmony of creation and the breath of the Creator, especially with others, something mystical and magical happens. And those of us on the listening end are filled with a new spirit and an abundance of joy.

Listening to a speaker in India once, we were sitting on a hard concrete floor. With little sleep the night before, I was feeling drowsy and having trouble listening. All of a sudden the speaker spontaneously broke into song. She had a powerful voice and in that space the sound bounced off the walls and vibrated inside the body. It took my breath away! And gradually, I realized the song fit the spoken text. It was just being communicated in a medium that woke us all up and opened our ears for inspiration. 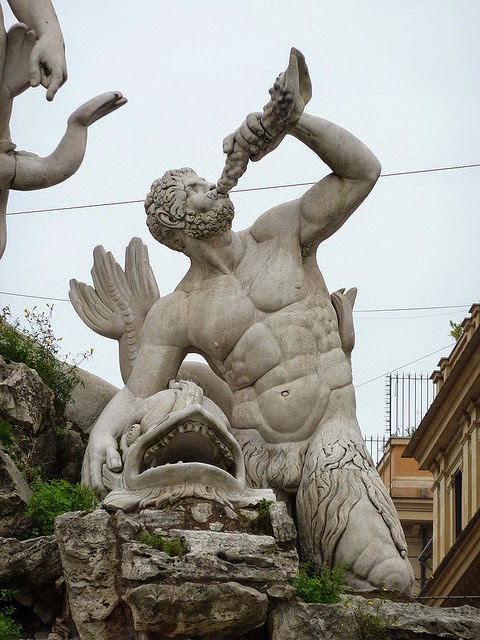 Perhaps you too, feel as I do, like Wordsworth, that "The World Is Too Much With Us: Late And Soon." I'm  able to understand why so many young people have wires running into their ears. "Getting and spending, we lay waste our powers; Little we see in nature that is ours; We have given our hearts away, a sordid boon!" Maybe, because it unites mind, body and spirit, music can help save us. Maybe it can be our Triton blowing his wreathed horn.