A few days ago, my husband came home quite excited about a program he had heard on the radio while driving in the car.  An 88 year old man was telling his story on  National Public Radio.  He had raised a daughter, not his own, to adulthood and she had been killed by a crack cocaine addict.  The case came to trial and the killer was sent to prison.  The storyteller admitted that early on he would have liked to kill the man who had killed his loved one.  As time went by, however, the elderly man, a Quaker, discovered some of the history of the prisoner’s childhood deprivations.  He felt compassion and began to visit him in prison regularly.  Over time forgiveness became possible.   When the elder was asked what influenced him on the path to forgiveness, he recalled a powerful statement he had heard somewhere in the past:  “When you hate, you take poison, and expect the other person to die.”

Forgiveness is not always our first choice when we have been wounded.  The process of coming to forgiveness takes a long time and, regrettably, we don’t always choose to make the journey to a satisfying conclusion.  So often, it seems more justifiable to just take the “poison” and harbor the resentful wish that whoever has wounded us will suffer the consequences.  Forgiveness is hard work.  In our human interactions it often requires us to look at the role we played in the disintegration of a relationship.  We may need to make a choice about which is more important: to carry the anger, rage, resentment and the need for revenge and retribution with us  into the future, or to enter a future free of that heavy burden so that we may travel more lightly. 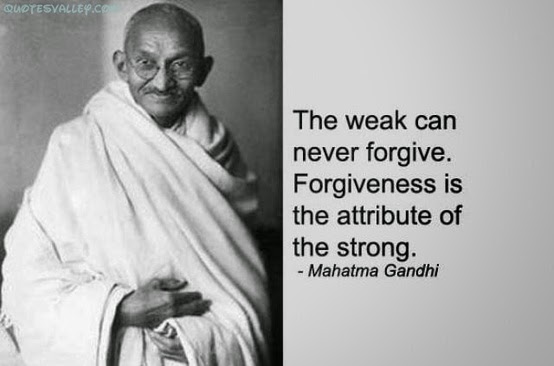 There is no simple formula for forgiveness.  If it were an easy thing to do perhaps revenge-determined violence would slowly melt away under the desire for a more harmonious future.  Even when the slightest hint of an inner desire to forgive makes itself known, the difficult memory of a terrible wounding stands at the gateway and makes forgiveness a formidable undertaking.

The discussion turned to forgiveness during Shabbat services a few weeks ago.  A very young man was pondering the notion of forgiveness and offered his thought that forgiveness is not so much about the transgressor as it is about the one who needs to forgive.  He had come to the conclusion that refusing to forgive caused him greater damage than whatever the offender might have done to him.   He seemed young to have come to such a conclusion and his words stayed with me through the week.  They  seemed to mirror the words of the elderly man speaking on NPR - - that forgiveness is good for the one who has been wounded.

Indeed, if I listen to the wisdom of the elder and of the younger man, it seems as though the failure to forgive is the irrational stance.
Stephanie Dowrick observes that through the process of forgiveness “The muscular tensions you had come to assume were normal are eased.  You are less vulnerable to infection or to far more serious illness. Your immune system lifts. Your face muscles let down.  Food tastes better.  The world looks better.  Depression radically diminishes.  You are more available to other people and a great deal more available to yourself, yet you think about yourself less, and less anxiously.” 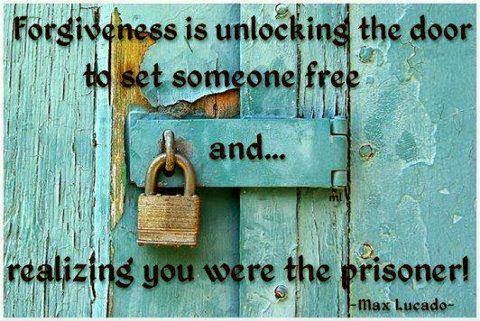 Real forgiveness is rarely a simple act of will or resolute determination.  It is a non-rational act of the heart, an act of the soul’s desire for greater well-being.  It is the antidote to the poison of hatred and retribution.  We need more stories of forgiveness to light the way to the healing of the grievous wounds of this world.  In a long ago journal I found a treasured quote from A COURSE IN MIRACLES: The  holiest of all the spots on earth is where an ancient hatred has become a present love.  We do, indeed, need more stories to light the way.
Stephanie Dowrick  FORGIVENESS & OTHER ACTS OF LOVE  W.W. Norton & Company , Inc., New York, N.Y.  1998  p.291.
Dowrick  p.289