Memory is a funny thing. Some fade. Some remain. And then there are some that  are planted indelibly in our brains. They'll go with us to our graves. I can see in my mind's eye now, where I was and what I was doing, when I found out about the assassinations of the sixties.

Watching the movie "The Butler" brought back a host of memories. After all, many my age are children of the sixties. That  was the formative period in our lives. It was a time electric with change. It  was a time when many of us believed the life of our democracy and our country was at stake and slowly bleeding away in rights denied and Vietnam. 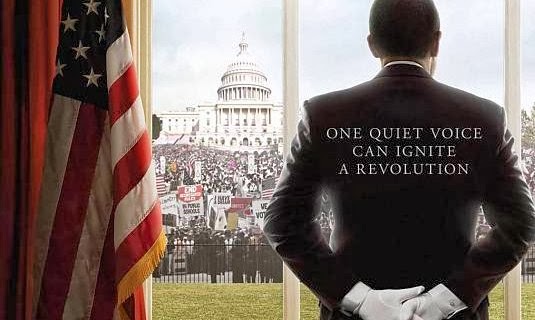 The movie theatre was almost empty. It was just my wife and I and one other person. I knew "The Butler" had been in town a while. I hoped attendance was better earlier since it's a film everyone should see. It's about historical memory and I'm afraid our national memory in the U.S. is almost nil. As a country, we can hardly remember to put on our pants in the morning or zip up our fly, let alone learn from the past.

In the mid seventies I was working as Chaplain at a college in Maryland. One of the faculty members arranged for a film to be shown about the turmoil of the sixties. There was a great attendance with the auditorium almost full. My emotions were raw, watching all those events play out again on the screen in front of me. I was dismayed, as I watched the students leaving and spoke with some of them. They  were unmoved,  untouched, unaware of those momentous times.  I thought then, as I think now, our historical memory as a country is very,very short.

Of course, there are movies. There are books. There are memorials. But if the past only touches us in these external ways, if there's no interior or structural change, what good are memories?

Two of my memories from the U.S. civil rights struggle occurred on a visit to Washington, D.C. Our New York City Seminary was part of a coalition of seminaries across the country working to get  the Civil Rights Act passed. We set up a twenty four hour vigil in front of the Lincoln Memorial to inform visitors about the pending legislation. As students rotated in and out of the vigil and the city, they also went to visit their representatives in Congress.

Since I still had my residence in South Dakota, I went to visit my Senator, Karl Mundt. He graciously welcomed me into his office and I proceeded to tell him who I was, why I was there and that I hoped he would vote for the civil rights legislation. He proceeded to tell me how his wife had been robbed recently in D.C. by a Negro. Not knowing what the connection was between the robbery and the legislation (although I could guess) my response was not as generous as his welcome and the conversation disintegrated into a quick good bye.

The other memory of that D.C. trip that sticks in my mind is of a boy scout troop from Georgia. There were several scouts, maybe twenty in all, with a couple leaders, visiting the Lincoln Memorial. The boys saw our seminarians table and sign  and were curious.  Several started our way to talk with us. Catching sight of what we were doing from our sign their mentors quickly called them back, rounded them up, gave them a quick lecture about staying together and headed into the Lincoln Memorial; to see the one who represented freedom, from the past.

There's a Vietnam veteran I count among my friends. He was in the Marines and doing some of the up front and personal combat in that Asian nation. He told me once how he remembers the trip out of Vietnam. He was looking out the window of the airplane at the jungles below saying to himself, "never again." He may have been speaking for himself, but my sense was he was speaking even more for his country. Because the context for our conversation was our attack on Iraq and his great grief over that unnecessary war. His memory as an individual was front and center. Our memory as a country was blunted, especially by leaders who had no memory of war, up close and personal.

"The Butler" jogged my memory. It reminded me that freedom is not free. Sometimes we have to struggle for it right here at home. And here we are, at another crossroads in the U.S.. Our rights are being denied again and again, day after day. We're all losing (some more than others, so far) our right to privacy; to reasonable cause for search and seizure; to freedom of assembly; to freedom of the press; to the right of transparency and information necessary for an educated citizenry; to the right for a fair and speedy trial; even to the right to vote.

And still we continue, bleeding the country to death, sacrificing our young and our wealth on the altars of militarism. Where will the next war be? Vietnam, Iraq, Afghanistan are slowly fading conflicts, fading memories. Will Syria or Iran or N. Korea or Yemen come front and center?

Email ThisBlogThis!Share to TwitterShare to FacebookShare to Pinterest
Labels: Militarism, The Butler, the Sixties, Vietnam