The song of nature’s gray tones rose and fell on the snowflakes that swirled around us. Carried up from a nearby pond, the song of the wind in minor key, valiantly striving toward major, yearning in its breath and in the vaporous dance of our own. We were a small group huddled together around an open grave. Mostly strangers to each other, we had each been touched by Penny in different ways. In truth, as we listened to each other’s sharing, we realized we had all heard the same song, the same motif that was the song of Penny’s life. We were two rabbis, an Episcopal priest, a doctor who had cared for Penny, a teacher who had invited Penny to spend time in her classroom of little children, Penny’s landlord who had been so much more. We had each been points of contact for Penny at different stages of her journey, each of us touched by the seeking of a person who never seemed to find just the right place to alight. In that way, Penny had been to Nehar Shalom a number of times, flitting in and leaving again, the echo of her song remaining among us. 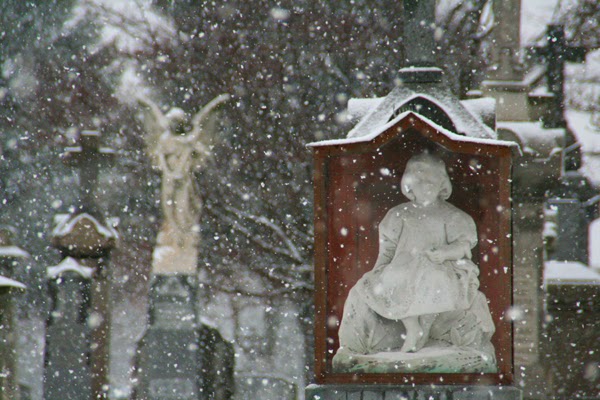 We had each heard of her death through the networks that joined us all without our knowing. We had each been touched, heart-broken at times, by the sadness in Penny’s life. There was no family at Penny’s funeral, a reflection of the brokenness with which she lived. And we had all been touched by the hope with which Penny also lived, if not hope for her self, then hope for the world. The major motif that rose up from all the minor modes and moods of Penny’s life was peace.

Penny was the local representative of the World Peace Prayer Society, an NGO affiliate of the United Nations. If you’ve ever seen the peace pole in front of the Curley School and in so many other places around town, you can be sure Penny had something to do with its being there, a reminder of what we are all here for. At the bottom of her emails and on her phone’s outgoing message were words attributed to a great American pacifist, A.J. Muste, “There is no way to peace. Peace is the way.” That was Penny’s message and reminder. Penny came to a Nehar Shalom Chanukkah party a few years ago. In her way, without asking, which at times could grate, she quietly hung a blue banner on the table holding the menorahs, “May Peace Prevail On Earth.” She left a pile of little buttons on the table with the same message. I took one of those buttons out of my desk drawer this morning and put it on my coat before leaving for her funeral.

It was the week of Shabbos Shira/the Sabbath of Song, always coinciding with the Torah portion called B’shallach (Ex. 13:17-17:16). It is the Torah portion of Israel’s crossing the sea, free at last, free at last. Having crossed through the parted waters, we stand on the far shore with mouths agape, witnessing the drowning of the pursuing Egyptian army, swallowed up by the churning sea returning. And then we burst into song, Moses leading the men and Miriam the women. It is a song of raw emotion, of disbelief, filled with the horrific images of what is seen in that moment. It is a song of relief, salt of the sea touching wounds still fresh from the lash. Through the telling of the rabbis, the angels in Heaven also began to sing, but removed from the direct experience of suffering they are told to stop, God sharply silencing them, “How can you dance, while My handiwork drowns in the sea?” The mix of moods and modes, diverse realities that swirl as one, all of life’s tensions become one in the Song of the Sea. 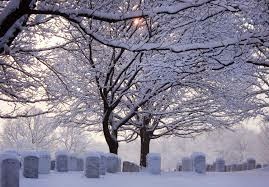 It is the song of life, of Penny’s, of our own. As I pray that Penny’s song be heard on High and carried on the wind, may it be in major key now as she finds rest. In nature’s gray tones there is beauty too, and in the song of the swirling snow, all the moods of our lives woven together, a tapestry of yearning and hope. We gathered as strangers, warm amidst the cold, come to mourn and to celebrate a life. When means and ends become as one, freedom song arising, “may peace prevail on earth,” Penny’s memory a blessing.