To Dwell Is to Make Peace Where We Dwell


November 22, 1963. The passage of fifty years seems almost unfathomable. As in grappling with any watershed moment in history, there is something that seems trite in remembering when we heard the news, just where we were, what we were doing, with whom. And yet, something not at all trite, an expression of connection to a moment in time, to people, not wanting to be alone even in remembering so we go back and think about who we were with. We struggle to make sense not only of that moment, but of life itself in the face of such terrible events. Every death is a mirror into our own mortality, every tragedy a reminder of our own fragility. So much written, so much said these days, still grappling with that day long ago that stands as a backdrop for so much other tragedy. Like all others who were alive then, who were of an age to remember, I find myself today sifting and turning shards of memory, events too big to grasp filtered through a personal mesh of life’s details.

I was an eighth grade student in Winthrop Junior High School. As I write, it is fifty years ago to about this very moment, near the end of the school day, in Miss Tice’s math class. It was certainly “Miss” then, change in so many ways of understanding still some years away, perhaps imperceptibly set in motion by the events of which we were about to hear. Miss Tice was absent that day. Our substitute, Mrs. Dimento, with whom we always felt a bond from then on, went to answer a knock on the door. As she gasped, we heard the news that President Kennedy had been assassinated. There was barely time to comprehend, as though time would bring comprehension. The bell rang and we began to file out, questions, rumors, confusion overflowing. I would like to think that we handle such things better today, so much practice in responding to tragedy, to guiding children through the unspeakable, no better though to protect them. I didn’t know what to do, so I did what I had planned to do. I got on a bus to go to the subway, then taking the “MTA” from East Boston to the Science Museum where I was taking a class on Friday afternoons. I had no way to call my mother, and since the family car was with my dad, and mom was at home with my brand new baby brother, she had no way to come get me from school. I felt as a wanderer, going through the motions of routine. 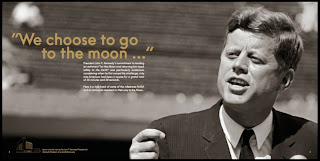 That is one of the images, an awareness that stays with me, that I could not have given words to then, but which I felt, of being a wanderer, of being alone. That inchoate sense within myself reflected a rising reality to which the epochal churnings of the “sixties” would be a response, seeking a way out from disorientation, confusion, alienation; anomie. For all the tumultuous issues and challenges soon to come, response was so rooted in the interpersonal, the personal becoming one with the political, all about making human connections and treating people as human beings, so basic, so simple, so complex. As the Youngbloods sang with an air of innocence about a decade later, words heard in the midst of demonstrations as well as in dormitory rooms, “come on people now, smile on your brother, everybody get together try to love one another right now.” And it was still brother, closer, but still waiting for the change to come as we wandered.

I thought about the journey, the wandering in the desert and about how far we have come and haven’t. I thought about the anti-government rhetoric that surrounded President Kennedy’s death, and about the guns, the guns, and all of that today. I thought about the racism and the hate, and the guns. With the first anniversary of Newtown a few weeks away, I wondered how many future presidents, teachers, leaders and guides along so many paths we lost, of all the innocence and innocents. I stood in line in the post office during the week and thought about people and connections. There was a long line and one single beleaguered clerk. One woman kept bemoaning, “this is gonna take forever.” I wondered about time and how we use it, and of those who never got to wait, who lost their place too soon in the slow moving line of humanity. Then almost at once several cell phones rang and all seemed to have been poor connections. As though choreographed, all these voices were calling out, “hello, hello, are you there, hello, hello.” I didn’t know whether to laugh or cry or pity us all. There was something desperate in their voices, but they were our voices, all of us as knowing witnesses, drawn together in an urgent desire to connect.

In the Torah portion read during that week of remembering, the portion that is called Vayeshev (Gen. 37-40), the Yosef saga begins. A boy of seventeen, his mother dead, so alone and different, he goes out to seek his brothers. Wandering in a field, lost, a figure appears to him and asks him what he is looking for. He says so simply, I am looking for my brothers/et achai anochi m’vakesh. It is a portion of turmoil and torment, of endless seeking for connection, of love misdirected and unrequited. As Yosef approaches his brothers, they see him coming and say, Behold here comes the master of dreams/hinei ba’al hach’lomot ha’lazeh ba!/Now come, let us kill him…. 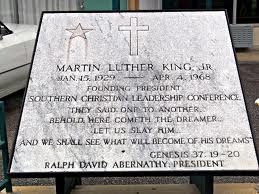 The shots rang out that day. But dreams cannot be killed, as Rev. Martin Luther King had reminded us just a few months earlier, as though to prepare us, but we didn’t know it then, nor could we imagine that he would be the next dreamer to be killed. Vayeshev/and he dwelled, with a simple grammatical shift becomes va’yi’yashev/and he made peace. In the name of the Torah portion is its challenge, to dwell is to make peace where we dwell. Looking back to that shattering moment of fifty years go, those who were alive then remembering every detail of where they were, what they were doing, who they were with. And then we come back to the moment. Wandering in the desert with Yosef, daring still to dream, seeking our sisters and brothers, even those who would kill the dreamer and the dream. But dreams cannot be killed. The legacy of that day, the challenge of every day, is to make peace where we dwell.