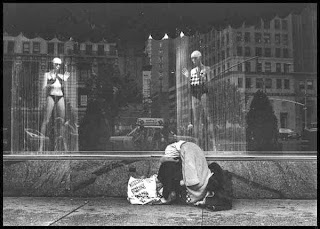 There will be many seniors reading this who receive a major portion of their income in the U.S. from Social Security. Some who see this column will be disabled and are enabled by a system called Social Security, set in place to help keep them from falling through the cracks. And whatever Social Security is, it's not an "entitlement" program. Social Security is an "earned income benefit" that has changed the face of our country, from elderly poor on county poor farms to lives of dignity in elder years.

As a self employed person, I paid into Social Security for more than fifty years. When you are self employed, you pay it all, with no employer providing half the cost. That was sometimes a hardship. But I paid into the system because I knew that money was helping others, before I retired, and would help me, when I retired. I resent the elite in Washington and elsewhere calling it an "entitlement." It's my hard earned savings account, to insure the health and welfare of all. And it's a sound and popular program at that. There's a $2.8 trillion surplus today and financial stability for at least the next twenty years.

With the continuing disintegration of the middle class and retirement savings becoming more and more difficult to accumulate, Social Security has become the major retirement bedrock. Why? Because most corporations have cut back on more traditional pensions. Eighty Nine percent of Fortune 100 companies offered a defined benefit at retirement in 1980. Only twelve percent offered this kind of security in 2012.

Corporations are being followed by governments. States and municipalities are dropping or cutting pension plans, often maligning their employees and workers, suggesting they are the cause of budget deficits. The city of Detroit is the latest and most obvious example.

It's interesting that those who are most responsible for the move to cut Social Security, or to chain the increase of benefits to the Consumer Price Index, are part of the lobby group "Fix the Debt" or of the influential "Business Roundtable." Here are some three hundred CEO's and Chief Executives who are sitting on the biggest retirement bonanza in human history. A report from the Institute for Policy Studies describes how the CEO's of the Business Roundtable hold an average $14.6 million in their retirement accounts. That's enough to pay themselves $86,043 monthly on retirement. The average American worker today, within ten years of retirement, has saved about $71 a month in retirement income.

David Cote, a key figure in both lobby groups, is holding $134.5 million in his Honeywell retirement account. That will mean about $795,134 a month. And he would have us believe we need to raise the retirement age to 70, or cut benefits with a chained COLA to retirees, effectively cutting lifetime benefits by twenty percent, in order to "save" social security. He certainly won't need to worry!

How about this David! Instead of saving Social Security with cuts to people who depend on it, including a sizable number of veterans, how about we just take the cap off the program. If people like you had to pay the same percentage in Social Security taxes as the common folk, ninety five percent of the suspected shortfall down the road twenty years from now would be resolved.

Or better yet, what if we cancelled some of the defense department contracts with companies like Honeywell?

According to the Congressional Budget office, President Obama's proposal (and the Business Roundtable's and Fix the Debts's proposal) to use the chained CPI to calculate cost of living increases would save the government $127 billion over ten years by cutting Social Security, and $36 billion over ten years by cutting "programs affecting veterans and the poorest elderly and disabled." That's a total of $163 billion. 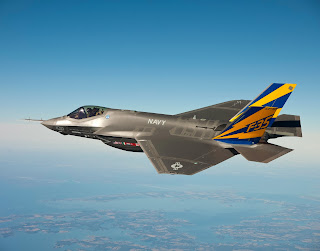 For 2,457 F-35 aircraft, the Pentagon will spend $379.4 billion. That's money to acquire them, not fly or maintain them. The current estimate for operation and support is $1.1 trillion. That's a grand total of almost $1.5 trillion. Do the math! If we didn't buy 267 planes, seniors, veterans and the disabled wouldn't have to be whacked and the Pentagon (that arm of the federal government that has never been audited as their books are such a mess and the right hand doesn't know what the left hand is doing) would still get 2,190 planes.
Tell me now, where is the "entitlement?"