A friend recently gave my husband a copy of  A NEW HARMONY:  The Spirit, The Earth, and The Human Soul by John Philip Newell.  It came into our hands in the midst of the reports of the rising death numbers in the Philippines.

Concurrent with those reports is the ongoing saga of the Affordable Care Act and the many stories of disappointment and suffering that flood our collective consciousness every day as accusations and blame fixing and apologies and political consequences continue to dominate the news. 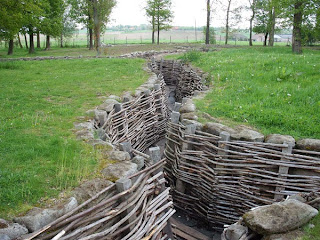 Two paragraphs in Newell’s book continue to do their work in me.  The first is a quote from Ettie Hillesum, a young woman who lived and died under Nazi rule in Holland during World War Two.  As she struggled to maintain her own humanity in the face of so much inhumanity she wrote: I feel like a small battlefield in which the problems, or some of the problems, of our time are being fought out.  All one can do is to keep oneself humbly available, to allow oneself to be a battlefield.

Newell writes that Etty Hillesums ability to “to look suffering in the face” was what allowed her to “passionately name the falseness of what was happening all around her…..and, at the same time , to know that the battle was being fought out also in the depths of her own soul.”

So, I am thinking now about what it means to “look suffering straight in the face”.  Just when it seems that the suffering of the world can’t get any worse – a typhoon hits.  I want to be rid of the consciousness of it and along comes a book that challenges me to stay with the suffering, to look at it head-on.  The continual coverage of the Affordable Care Act is wearying and yet the challenge is to look it “straight in the face” and to learn to name the falseness of so much that is happening in the world. No wonder Etty Hillesum described herself as “a small battlefield.”

As the drama around the Affordable Care Act continues to play itself out, and the players continue to move about on the stage in often self-serving ways all the while pointing their fingers at other actors, I wonder what this outward drama is telling me about the drama I need to witness within myself.  How is my own brokenness mirrored in the brokenness being acted out onstage?

Looking suffering straight in the face –in whatever way it manifests (and I am more and more inclined to see the conflict over the ACA as a manifestation of deeply seated and unnamed suffering) is not something that can be done in isolation.  It is just all too easy to grab another mystery novel off the shelf and move into an imaginary world where pain and suffering are all transformed into something more harmonious by the last page.

John Newell affirms that “Life’s essential harmony is within each of us.  So is life’s brokenness.  To be part of transformation is to look falseness in the face and to passionately name it and denounce it in our world, and at the same time to clearly identify its shadow within our own hearts and to do battle with it there.”

So suffering and falseness are closely juxtaposed in this challenging little book.  Both need to be “looked straight in the face”. Both need to be encountered within as well as without.

In recent days, Yeb Sano, the leading Philippines negotiator addressed the UN climate summit in Warsaw.  In a passionate speech, he looked the suffering and the falseness that attend many of the discussions about climate change right in the face.  His willingness to do this on behalf of his own people on the world stage may have the potential for transformation to begin. 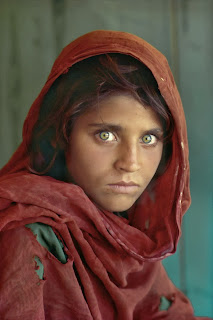 In July of 1942, Hillesum wrote in her diary “I have looked our destruction, our miserable end…straight in the eye, and my love of life has not been diminished.”   Newell concludes: “To look life straight in the eye, to see its pain and to see its beauty – this is an essential part of glimpsing the way forward.”

The way of hope and transformation seems, always, to be a way through, not around, the suffering and falseness that attend life at every turn.  We are given so many opportunities to learn.  May we look them straight in the face and be transformed.
Vicky Hanjian
E. Hillesum, An Interrupted Life: The Diaries and Letters of Etty Hillesum 1941-1943, trans. A.J. Pomerans (London:Persephone, 1999), p. 164
John Newell, A New Harmony: The Spirit, the Earth, and The Human Soul, (San Francisco:Jossey-Bass, 2011), p.62
Ibid., p. 63
Hillesum, An Interrupted Life, p. 189
Newell, A New Harmony, p.75