Years ago I was on the Rosebud reservation with a group of around twenty people from all over the country. We were camping on the property of a local artist, who was hosting us as we learned about traditional and contemporary Lakota culture. His home was about a mile off the blacktop in a rather remote location. In the distance you could see He Dog Lake. There were no street lights or city glow to obscure the stars at night.

One night there was a particularly beautiful evening. The whole sky was filled with stars from one horizon to the other. The group walked together to the top of a nearby hill and we all turned our gazes upward. Someone asked if anyone knew the constellations. One of the group did and started pointing them out and naming those he knew. 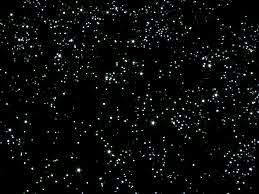 As he spoke, I noticed our Lakota host with one person from the group, a short distance away, also pointing at the stars. I went over to discover that our host was describing and naming Lakota constellations.

This was a revelation for me! Only then did I realize that not everyone looked at the sky the way I did. Some people saw the cosmos differently. And when I really thought about it, his view of the stars was more relevant to where we were standing than the view the larger group was experiencing.

A lot of our children still look at the world through European eyes. Lots of schools still use the Mercator projection maps, produced by a cartographer in 1569 for nautical purposes during the age of colonial exploration. Since the equator in the Mercator projection is not in the middle of the map but only one third of the way from the bottom, the whole southern hemisphere is squashed and everything to the north is enlarged.

So Greenland takes as much space on the Mercator map as Africa and in reality Africa's land mass is 14 times greater. Europe is pictured as larger than South America, whereas in reality the European land mass is half the southern continent.

There's an alternative map available. It's called the Peters projection. Flat maps all have problems and most maps are developed from a particular point of view, say with Europe in the center or whatever country the mapmaker prefers. But at least the Peters projection doesn't distort land mass and give our kids a distorted, essentially European view of reality.

We have a special problem in this country, perhaps inherited from colonizing Europeans. There's this thing called American Exceptionalism. It's where we believe the whole world needs to see things through our eyes, have our point of view and do things the way we do them; since, after all, we have it right. And when you couple that with the stubbornness of closed minds, hands and hearts; the mantra of "my way or the highway;" the threat of the world's largest military or economy; our world becomes more troubled than it already is.

Our political system is a model for threat and stubbornness. In my ideal world, democrats and republicans would listen to each other and compromise. NRA members would see through the eyes of grieving families and pressure their leadership to support reasonable regulations on firearms, like background checks. Wall street financiers would look through the eyes of middle class people left without work and struggling to survive and actually get money into people's hands again. And couldn't those Congress members, who just voted to send 1 in 5 children in this country to bed hungrier, look at life through the eyes of a child again?

There are stories that go with the stars. People integrate something of their culture and identity from learning about the constellations. I imagine there might be as many stories about human identity, origins and meaning in life as there are stars in the sky.

Take your choice: are all those star stories threat or marvel? I'll celebrate the awesomeness of the diversity, the absolute brilliance of the night sky!