For the Man I Should Have Spoken with, "It Is Possible"


A rather disheveled man, perhaps homeless, clearly disturbed, paced back and forth behind us toward the end of our Thursday morning Torah learning at a local coffee shop. He kept saying over and over again in his gruff but pained voice, “it isn’t possible, it isn’t possible.” There was something that seemed threatening at first, but that was probably a reflection of my own discomfort. It has continued to trouble me that I didn’t get up as we finished and go over to him; that I hadn’t reached out to a struggling human being. I would like to have asked him, I should have asked him, what isn’t possible? At first, I heard his words more philosophically, as a challenge to what we had been speaking about at our learning table, of human striving toward wholeness. Was he telling us it isn’t possible? Perhaps that is why I could not approach him, dared not approach him. Shifting perspective from my own to what I imagined his might be, I wondered if perhaps it was something of further disintegration in his own life, an expression of disbelief. How could things get any worse? It isn’t possible! Pained at first for his sake that I hadn’t spoken with the man, I realized later that it was also for my sake, that his presence was a gift to me, helping me to think in ways I had not been aware of earlier. 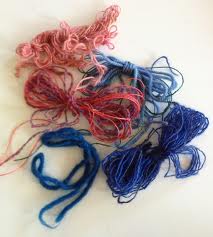 The man had come as a messenger it seemed, to challenge us, lest we feel too comfortable with our own understanding of the text before us and within us, of Torah and of life, and with our own striving toward wholeness. We need to struggle, what if it isn’t possible? I was duly challenged, even as I am challenged by a comment made by Rashi on words we had wrestled with, that we should accept all that comes upon us in wholeness and purity. I struggle with such theology as I look at so much unspeakable human suffering, but how, how to accept horror and misfortune? It isn’t possible I want to say, even as I wrestle with the challenge. The saying of “nay,” now becomes a sacred response to all that demeans life, even as we accept the continued goodness of life in spite of all that comes upon us. In the end, I came to see in the man’s words and their challenge a certain affirmation of the wholeness we sought, and out of his own apparent brokenness a wholeness even within himself and in the message he offered, whether knowingly or not.

At the outset of the week’s Torah portion, Parashat Shoftim/Judges (Deut. 16:18-21:9), we are told to appoint judges and officers in all of our gates. Written in the singular, Chassidic teaching immediately spiritualizes and personalizes the commandment. Each one of us is to place a judge within our own heart, to be self-directing and self-disciplined, knowing and doing what is right without external coercion or fear of consequence. At the end of the portion, we encounter the harshness of war with the Canaanites. Again, Chassidic tradition immediately spiritualizes and personalizes the text. It comes to be understood as a battle with our own evil inclination, the yetzer horah. Understood in this way, the beginning and the end of the portion are themselves teachings on wholeness. Coming as a link between beginning and end, both literally and figuratively, is the verse that had been the primary focus of our learning that morning, tamim tihiyeh im Hashem Elokecha/be whole [hearted} with God, your God.

Our simple verse is the fulcrum on which the portion Shoftim turns, raising us up with its challenge, individually and then collectively, toward greater wholeness. Tamim, or in the singular, tam, means whole, pure, innocent, simple and is often paired with yashar/just. Noah, survivor of the Flood who stood above the violence of his time, is referred to as ish tzadik tamim/a righteous and upright man. Abraham, setting out on a great journey toward wholeness, to be found in the image of God’s Oneness, is told to walk with God and be wholehearted, tamim tihiyeh. Jacob is called an ish tam/a simple man, one who dwells in tents; metaphor for a place of learning, a place where the book is, and the sword is not. The simple child among the four children of the Passover Haggadah is the tam, not necessarily to be understood as less intellectually capable, but as pure and innocent, easily scarred by so much violence and strife in the world. We need to bring out the tam within ourselves, allowing ourselves to feel all the pain around us as the first step toward healing. Our verse, urging us to be whole, tamim tihiyeh, comes in a context of verses before and after warning us against consulting omens, soothsayers, and false prophets, not to succumb to fear of the unknown and thereby seek to know what the future will bring. Rather than seek out the future, we strive to create a path to the future that is paved with ways of being and acting in the world that are most likely to bring our greatest hopes to fruition. We know the future in potential to the degree that we help to create it. Through our striving, we deepen the wellsprings of our own faith, that we might have the inner strength from which to draw in facing the exigencies of life all along the way. 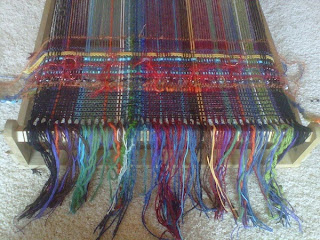 Wholeness is not about perfection, it is about the integration of all facets of our lives, weaving together all of our imperfections along with our triumphs, together forming the beautiful tapestry whose threads reflect the reality of who we are. At times it is more difficult to see that wholeness, the imperfections seeming to stand out so starkly, distracting us from the whole picture. So it was that morning, distracted by brokenness, I could not see the wholeness of the man who paced before us and spoke the words, “it’s not possible.” Challenged to see his humanity as part of our own, we come to a new place of wholeness. It is possible.