As the month of August unfolds and the Jewish Holy Days draw near, the profound notion of t’shuva, of turning away from sin and seeking forgiveness has been on my mind.  Rabbi Art Green* describes t’shuva as a much broader concept than repentance, “one that goes to the very root of human existence.”

I attended a memorial service a few weeks ago for a woman who had died of an aggressive cancer at 58 years of age.  The family dynamics were complex.  She was the surviving step-mother of three young women, having married their father within a very short time after their mother died in an automobile accident.  The three daughters were still in deep shock and mourning when their dad decided to re-marry. It was a terrible struggle to accept this new woman into their notion of family.  Even as lovely and gentle as she was, the resistance on the part of the daughters was very hard to overcome.  Eight years into the second marriage, the dad developed malignant melanoma.  The stepmom provided exquisitely tender and compassionate care for him through his illness and eventual death.  Still the daughters had difficulty with her.

Three years after their dad died, the young women were confronted with another cancer scenario, this time with their step-mother.  The complex issues of resentment, guilt, sorrow began to be combined with greater compassion and understanding but, even so, there were still the shadows of wounded-ness and anger and guilt coloring all their responses to their step-mother’s illness, making a loving relationship all but impossible.

As the memorial service unfolded, the opportunity was given to members of the congregation to share their personal memories and stories of the woman who had died.  Several people stood to share very loving memories of an extremely gentle and compassionate and self-giving woman who had touched their lives deeply.  As the sharing began to wind down, the pastor asked if there was anyone else who wanted to speak before the rest of the service resumed. 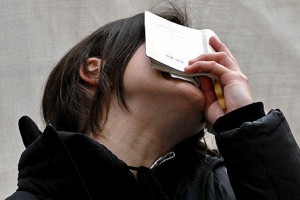 There was a long pause, and then the youngest of the three step-daughters stood.  She said she didn’t know if she could speak without crying, but she wanted to speak to the family of the woman being remembered.  She eloquently apologized to the family for the rough time they had given their step-mother.  She spoke of the tender care their step-mom had given their father when he was dying.  She confessed on behalf of herself and her sisters that they had not been receptive to their step-mother and had been unkind.  And then she asked for the forgiveness of the family.

A congregation of about 80 people witnessed this act of t’shuva - - of a courageous turning away from the sin of alienation and separation and turning toward a higher way of being.  It was a powerful moment.

I have been reflecting on that moment ever since.  Doing the work of t’shuva is essential to our continued survival as human beings.  “It is no wonder that the Talmud lists the power of t’shuva as one of those seven things that existed before God created this world.  Human life is inconceivable without t’shuva.”

As attempts at peace negotiations resume between Israel and Palestine, as spectacular murder trials proceed in the US, as controversy rages around leaked security information and embassies close due to terrorist threat, it seems that the power of t’shuva is ignored - - or at the very least is simply relegated to the private realm.  I wonder where the possibility of a collective t’shuva resides?

As I observed it in action, I saw that it involves so much more than simply saying “I’m sorry.”  T’shuva means I have seen the pain I have caused.  It means that I have finally opened my heart to the persons against whom I have transgressed.  It means that I can witness clearly enough my part in a difficult relationship and relate to the other as a human being who suffers just as much as I do. 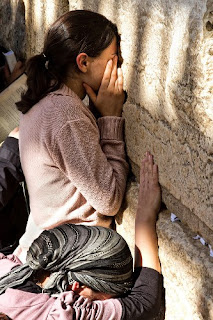 T’shuva opens the heart.  So, I am left with a big question.  Is it possible for a nation or a people or a congress or any population bent on violence and destruction to find its way collectively to an opened heart – to a place of witnessing the suffering of The Other?

As the Holy Days cycle around again, so does the opportunity to reflect more deeply on noticing my own complicity in the violence that pervades so much of life - - to find my own way to apologize and seek forgiveness – to do the work of t’shuva that is required for the healing of the world.