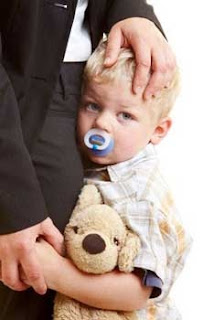 The scene played out many times, my young children clinging to my legs at the front door as I tried to leave the house for yet another evening meeting at the synagogue. Their tearful pleas ringing in my ears, “abba, stay home, don’t go, abba,” I would arrive in a tormented state, torn apart, wondering what I was doing and of what use I would be at the meeting anyway. The irony seemed unbearable when it was a Hebrew school meeting, something concerning the kids of the congregation, my heart breaking for my own children. I was certainly not an absent father, finding time to be with my children in ways that I could. On my days off the children were central. I would meet them after school as they grew, going then to museums, walking along the beaches and messing about around boat yards along the harbors and bays of southern Vancouver Island. I never ceased to struggle with the balance, though, haunted by the scene at the front door, expressed in other ways when the children were older.

At various points in the Torah, specifically as we encounter Moses at different stages in his life and work, I confront that quest for balance and am reminded of how painful the failure to meet it is. It is the balance on one hand between family and work. It is more than that, however, when work also involves people we love, and a commitment that lies at the core of one’s being. In the early days of his career and calling as leader, Moses left his wife and children behind in Midian when he returned to Egypt. We barely know their names, Tzippora, his wife, the children hardly mentioned, Gershom and Eliezer. In the Book of Exodus, in the portion called Yitro/Jethro, Moses’ father-in-law, Yitro, comes to Moses in Egypt and sends word ahead, I, your father-in-law, Yitro, am coming to you, and your wife and her two sons with her (Ex. 18:6). It is clear who the primary parent is, and the wise grandfather seeks to reunite the family and bring his son-in-law to see what he is missing. Yitro observes the impossible burden under which Moses labors and he urges him to decentralize, to organize a system of shared leadership that will help to lighten his load. The advice could not have been only for Moses’ sake, or for the community’s sake, but perhaps, for Yitro, most of all for the sake of his daughter and his grandchildren, who did not know their father even enough to cling to his legs at the tent flap.

Yitro appears again in the weekly Torah portion in the Book of Numbers called B’ha’alotcha, and again Moses is overwhelmed, speaking poignant and pleading words to God in a rare display of vulnerability, I am not able to carry this entire people alone because it is too heavy for me/ki chaved mimeni (Numb. 11:14). Similar to Yitro’s earlier plan for decentralized leadership, God spreads Moses’ spirit of prophecy among seventy elders, giving them some of Moses’ authority. Two of those elders, Eldad and Medad, remain in the camp and prophecy in public. In a warm and earthy midrash that conveys the power of sisterhood, almost begging to be acknowledged as written by a woman, Moses’ sister, Miriam, is standing beside Moses’ wife, Tzippora, at the moment that two men, Eldad and Medad, begin to prophesy. The impetus for what appears in the Torah text to be Miriam taking her brother to task, she stands by her sister-in-law in the midrash and hears her lament, oy for the wives of these men, if they are joined to prophecy so they will separate from their wives, in the way that my husband has separated from me/k’derech she’peresh ba’ali mimeni. As he has been an absent father, so Moses is an absent husband.

As we sat around the tables in our weekly coffee shop study group, we struggled with the nature of Moses as a failed husband and father. Fully understanding it, I winced as the word “horrible” was used to describe him in these roles. There was a time when I had a very hard time seeing Moses in any positive light at all because of his domestic failures. Perhaps it was too close to home, easier to discount and disregard rather than to make room for failure. Perhaps I was afraid to pick up the mirror that Torah offers, afraid to see myself. That all changed in one moment many years ago. I came to identify with and understand Moses in a very personal way when as a young rabbi, husband, and father I was asked to role-play Moses at a rabbinic retreat. As I played Moses as father, becoming Moses in the way of “Biblio-drama,” I felt my own young children clinging to my legs at the front door. I cried. I came to understand Moses as torn between two loves, two sets of responsibilities, unable to fully satisfy either. For the first time, I felt Moses’ pain, even allowing Moses to feel his own pain. I understood him in that moment as a mentor, truly as Moshe Rabbeinu, Moses our Rabbi, in a different way than I had before. Without being grandiose, I understood the struggle to find balance in a different way, learning from what I felt as Moses' pain, receiving the teaching that comes through his failures as a parent and husband, as well as from his successes as a leader and teacher. I still struggle to learn those lessons and to find balance. So may we all.