Fortunately, it's still available out there in CyberSpace. If you haven't seen it, you should! It will only take you twelve minutes and it may help you understand the importance of whistle blowers and why war is hell. Vimeo still has it up and running. You can access it there. It's called "Collateral Murder." You know, it's about what the U.S. military prefers to call "collateral damage," the killing of innocents. Since I'd like you to watch it, I'm only going to tell you it involves the killing of several people, including two journalists and the wounding of two children by the crew of a U.S. Apache helicopter gunship in Iraq. 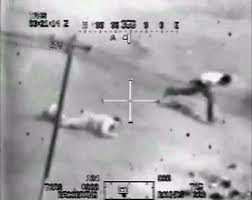 Honestly, screw up your courage and watch it! The government relies on the media and citizen apathy, especially when it comes to unnecessary wars, to keep a lid on unsightly and immoral activities. What you'll see is a war crime. And what has transpired since it happened is the messenger, the person who released the footage, is now being tried for "aiding the enemy."

Bradley Manning has been in prison since he admitted to releasing the Collateral Murder video and other evidence suggesting U.S. war crimes to Wikileaks. He says he did it because he thought the American people should know what was being done in their name. He's now being prosecuted in a military court and faces 149 years plus life behind bars. Someone certainly must be trying to send a message to someone!

The court has barred the defense attorney from saying anything about the Nuremberg principles, a set of guidelines created after World War II to establish what constitutes a war crime. The court has barred any information about the moral or legal reasons why Manning might have done what he did. The court has barred any questioning of the government's unverified assertion Manning harmed national security. And since many of the materials Manning released were marked classified, they can't be entered into the trial at all. Manning is facing what Chris Hedges calls, a "Legal Lynching." 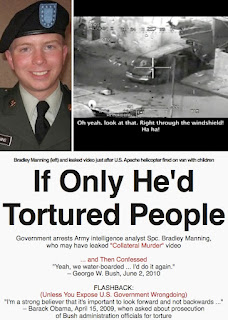 Now he's been joined by Edward Snowden. Snowden is the one who revealed the surveillance taking place under the auspices of the National Security Agency (NSA). We now know that NSA has been fishing in a giant ocean of data on  the likes of you and me, gathering phone records, internet material and email traffic of millions and millions of Americans. Those who don't mind, sluff off this new revelation with "so what, I have nothing to hide." Others don't like the idea of big brother looking over their shoulder all the time. Even worse, those who believe in reasonable government transparency, don't appreciate a government committed to keeping uncomfortable secrets about tyrannical power from their own citizens. Some remember there is a Constitution with protections for the people.

If Manning is receiving a legal lynching, Snowden is already receiving a media lynching. The fact he was a high school drop out is a main story line. He didn't last long in the Army Reserves either, although most stories don't include the information he broke both legs in a training accident. And now the press seems most interested in the girl friend he left behind. Even comedian David Letterman got into the act the other night, saying his girl friend was a ballerina and a pole dancer and why couldn't Snowden have left a video of that.

If it weren't for whistle blowers in a country consistently being shaped and controlled by a plutocracy, operating under the cover of national security and with the consent of most major media, people would surely be rendered completely deaf and dumb. The first amendment is becoming meaningless as essential information for a meaningful democracy is rendered secret, classified, or shredded.

With each passing year the U.S. seems to turn another moral corner. First it was "defensive" war, meaning the government can invade any place, kill anyone, even if there is only a suspicion they might seek to do the country harm. No proof needed. No defense allowed. No trial necessary.

Then came perpetual war, the "War Against Terrorism." That pretty much covers the waterfront. There will always be someone to chase. Osama was only the head of a many headed hydra and as the U.S. expands and extends military adventures the terrorists will only increase. Especially when the definition of terrorist broadens, as in those who disagree with a particular policy of the plutocracy.

For example, now Transcanada, the corporation behind the Keystone XL pipeline, has held training sessions for the state of Nebraska law enforcement to deal with non violent protestors under "anti terrorism statutes." Honestly, farmers who don't want a pipeline crossing their farm are now "terrorists?"  What next? Since it's now lawful, according to the Obama administration to target American citizens with drones, are Nebraska farmers at risk? It seems absurd to even say this but worse things have happened in history with governments acting out of fear of the "other," and with the quiet consent of the governed. 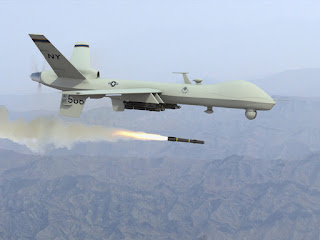 Now, the U.S. legal system is being turned on its head. Instead of protecting the person who brings a crime to society's attention, the criminals go free and the messenger is lynched. So Bradley Manning may spend the rest of his life behind bars. In Iraq and Afghanistan and Yemen and all the other places where there are those who would like to do the U.S. harm, they don't need Wikileaks or Bradley Manning to tell them how the government operates. They've seen it! That's why they'd like to do the U.S. harm. And killing the messenger is not going to silence the message.