I remember it as a common adolescent complaint. I used it often with my parents. I would ask if I could go someplace with friends and they would say "no." I would complain, "you just don't trust me." Sometimes they would reply, "yes, that's true, and here's why." Then they would list all of the times in the recent past when I told them I was going to this place with these friends and they discovered later I hadn't gone where I said I would go and wasn't with the friends I said I would be with. In other words, my actions led to distrust. 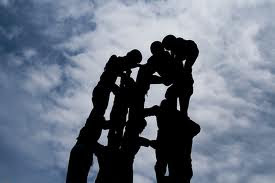 It can be a difficult lesson for all of us to learn. Trust needs to be earned. And trust these days seems in short supply. The U.S. is a nation of people "sending messages" and "creating images" and doing "public relations work" and "advertising" and convening "focus groups" and "wearing masks" and "putting up a facade" and deliberately deceiving others and even lying to suit our purposes.

One of the reasons we believe in transparency in government, especially in a democratic society, is because it engenders trust. If people feel the government is secretive, if it isn't clear the government is living up to the contract it has with it's citizens to keep them educated and informed about what it's doing, citizens become distrustful and begin to imagine all kinds of suspicious and illegal activity.

That's where we are these days. We're told U.S. Government surveillance is modest and only pointed at the "bad" guys. Since there's so much secrecy about what is being collecting on whom, the numbers grow that suspect bold faced lies. Why, for instance, does the National Security Agency need a new data storage facility in Utah that will use as much energy as Salt Lake City to store 100 year's worth of worldwide communications? Some no longer with the NSA contend the government is collecting and storing every phone call, purchase, email, text message, internet  search, credit card transaction, employment history, travel record, and most other information on every person in the United States. 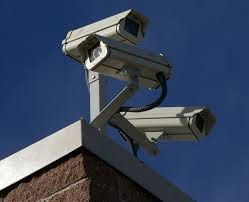 According to information released by Edward Snowden, British intelligence seizes virtually every international phone call and internet activity and shares it with 850,000 outside contractors as well as the NSA. We're told they collected 600 million telephone events each day in 2011. Hard to believe? Not if your government seems to be in the habit of minimizing bad news and often caught in the bad habit of lying.

It happens in personal relationships too. The institution of marriage seems on the rocks. Single moms are becoming more common. Divorce is now above the 50% mark in the country. The only ones who seem to truly want marriage for life with their partners are gays and lesbians; maybe because they've had to struggle together for so long to win the opportunity. Maybe the increasing acceptance of gay marriage will help the institution of marriage.

Marriage is based on trust. If I can't trust my partner not to be having an affair on the side; if my spouse is hiding things and being secretive; if our trusting relationship is tested by thoughtless and selfish behavior, it is hard to trust again. And lying? Try believing an alcoholic or drug addict you've lived with for years when they say they're going to stay clean; and then says, "just let me have twenty bucks."

At least on the personal, neighborhood, local level, we still stand a chance. We can see when people walk the talk; when they mean what they say and follow through. We can walk slowly and deliberately to build trust in a broken relationship, maybe even heal a marriage. We can stand with the addict in interventions to get life back on course. We can be sure the neighbor will return the tool  and the local council member will live up to a promise.

But in a corporate culture hiding behind a purchased media, purchased legislatures, government agencies, lawyers, P.R. departments and lobbyists, trust is evaporating. Why must people abide toxic chemicals in canned goods, baby bottles, water supplies, breast milk, our very bodies? Why must people abide the plunder of the planet when so many are simply left with the waste? Why must "development" mean the de-development of the planet and its life systems? 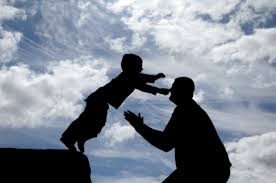 Trusting is a virtue! It's better to be a trusting person than a cynic. Our times and situation make trusting difficult. Nevertheless, we must engage and challenge. We must force the issue. We must call our loved ones and even our enemies to their better natures. Otherwise, we are lost as well. Who can trust a cynic to be anything but cynical, the complainant to do anything but complain. Gandhi says it well, "I do not trust anybody blindly. But it is our duty to have faith in humankind, since we ourselves aspire to other people's confidence."