In the End, Love 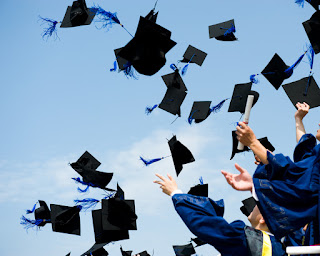 During this season of graduations and transitions in the lives of young scholars, there is a natural opportunity to reflect on the nature of learning and its purpose in our lives. It is a matter that is central to Jewish life and thought. Torah comes to represent far more than a scroll of five books, becoming a term synonymous with a thirst, a hunger for learning. The highest form of learning is Torah lishma/Torah for its own sake. At the same time, learning is never meant to be a realm entirely unto itself, removed from the world and people around us. Knowledge is meant to be applied, to be used for the sake of bettering life, for fulfilling mitzvot, to be concretized and expressed through holy deeds. The very act of learning in Jewish life is itself just that, an act, a deed that has an impact on the world around us in the way of our engagement with text and study partners.

The nature of Jewish learning at its core is a way of relationship, with people, with text, with God. Torah is meant to bring people together. Traditional learning is done with a study partner, a fellow seeker called a chevrusa. Of the word and its dynamics, the verbal and spiritual root of this partnership means "to join," to connect, from which comes chaver, friend, one with whom we are joined. Learning is meant to be passionate. We bring all of who we are to the learning table, our proclivities and sensitivities, our insights and limitations, our biases and burdens. In the presence of a friend, we are able to be vulnerable, asking, probing, able to say when we don't understand. In the way that kindergarten is meant to teach us all we "ever needed to know", Torah is a training ground for life, the essence of its content reflected in the way of our engaging with it. Competition gives way to cooperation, we learn to listen, to know the thinking of the other, to be concerned for their well-being, to disagree even vehemently but with respect, each as guide and follower, remaining together on the same page. The way of learning Torah is a model for life.

In the Book of Numbers, chapter 21, verse 14, the rabbis identified a fascinating source that reveals the dynamics of Jewish learning as a model for engagement with the world and its challenges. Finding richness in what might easily be passed over as an obscure, if mysterious verse, we are given an invitation to probe, to be curious, to question, all central to true learning. In the midst of telling of Israel’s desert journeys, we are told, In the Book of the Wars of God, Vahev in Sufa/B’sefer Milchamot Hashem, Vahev B’sufa. There are a few more words, equally mysterious, but perhaps offering a hint amidst the haze. The line ends, v’et han’chalim arnon/the streams that form the Arnon. The word for stream and inheritance in Hebrew are of the same root, nachal. Perhaps there is something here about who we are and who we are meant to be, visions unfolding on the flow of time. While scholars suggest that perhaps it is a missing book, an ancient work no longer extant, the question remains, challenging our sensibilities with its irony, what is the Book of the Wars of God? 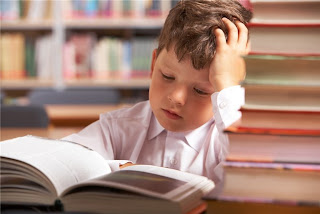 The rabbis work backwards, wrestling in the Talmud with questions of learning and legacy. They compare children to arrows, the greatest warrior become the teacher who has raised many students, all as arrows in a full quiver. Of such a fortunate parent and teacher, the psalms say, “they shall not be ashamed when they speak with enemies in the gate.” We are challenged, speaking with enemies rather than fighting, right there in the gate, in our own domain. In the immediate context of Torah learning, the rabbis ask, who are the enemies in the gate? Rabbi Chiya bar Abba, his name itself so fitting, his father’s name and role as one, abba/father, says, even a parent and child, or a teacher and student, who are engaged in Torah… become as enemies of one another; but they do not move from there until they become beloved of one another. As their proof, the rabbis draw on our mysterious verse. Apparently place names, the words Vahev Basufa become ahava basofa/in the end, love. An essential dynamic of nonviolence, we are to persist, not to be dissuaded, not to move from the place of conflict, until a path is opened from heart to heart, drawing out the best in each other, meeting on common ground.

Rashi, the great eleventh century Torah commentator, explains that the Book of the Wars of God refers to battles waged through the book. In the end it is not about milchamot Hashem/wars of God, but about our own battles transformed, carried out with words, struggle expressed in a Godly way. This becomes a nonviolent model of struggle and conflict resolution for all areas of life. Whether in regard to passages beautiful, bewildering, or brutal, we learn a way of engagement with life through Torah. On a beautiful spring day, when the sunshine of peace fills the earth, may the human family celebrate as one our graduation to a new time and stage in the becoming of the world, when there is in the end, love.