Reaching Out When Logic Says We Shouldn't

It started with a phone call early last Thursday morning, as I was gathering my books before leaving to teach an early morning Torah class. The call troubled me, distracting me even as I tried to teach a little while later. The next day, the original call and several subsequent calls from the same person continued to distract me. The voice was clearly that of an Israeli, speaking in rather gruff Hebrew, shifting back and forth between Hebrew and English. There were expressions of deference, saying in Hebrew, lichvod ha’rav/with honor for the rabbi, if not a tone of deference. The words came with urgency, a medical emergency, used to live in Boston, recently moved to New York, only health insurance is in Massachusetts. He had returned to Boston, therefore, for a diagnosis and, presumably, treatment of a growth in his mouth. He was convinced it was cancer. He had an appointment later that morning. Taking in as much as I could while standing on one foot – the Talmudic sage Hillel said to love your neighbor as yourself while standing on one foot -- trying to stuff books into my bag, I said I would call him at 9:00 o’clock after my class. 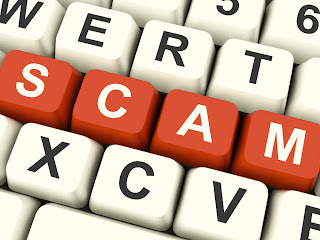 I called him when I returned, at first trying to calm his agitation. He said he was on his way to the hospital. Then the request came for money. Could I wire him money through Western Union? That should have been enough to end the conversation, the connection, but connections don’t necessarily end because we see through them. I told him I would not do that, even though I admit to briefly considering it. I told him I wanted to hear from someone at the hospital. A little while later he called and put someone on the phone whom he said was his doctor. Suspicious, I called the department he said he was calling from, no such doctor. I told him I couldn’t help him. He then left a scathing phone message, aren’t Jews supposed to help each other, you don’ want to help, don’t help, it was between me and the Kaddosh Borechu/the Holy Blessed One. I struggled with myself, what if after all I was wrong, wouldn’t I prefer to err on the side of helping, of compassion, what if it wasn’t a scam, what if he really was sick? I called him back and told him I would pay for a couple of nights in the hostel he was staying in, which I then took care of with a credit card.

That night, feeling uneasy, I did a Google search of the man’s name, arrested twice for fraud, time in prison. There were some others of the same name; perhaps I had the wrong one. The next morning I called the hostel and asked to cancel the reservations I had paid for. The clerk took the information and said she would take care of it even though she shouldn’t on such short notice, telling me to give more notice next time I needed to cancel. All day I struggled with conflicting feelings. On one hand I felt relieved, on the other I felt concerned and guilty, still wondering if perhaps he really was sick, thinking about how he would feel when he returned to the hostel and found he had no place to stay, even if he was a scoundrel. I kept waiting for an angry phone call. Just before Shabbos, the phone rang. Seeing it was him, I didn’t pick it up. A little while later, taking a deep breath, I listened to the message, words of profound apology, so grateful that I had paid for a place to stay, thanking me for all of my help, wishing me a Shabbat shalom and joyful Purim. For all of my consternation, for all of my certainty that it was a scam, I felt a wave of relief that the clerk had not come through with my request to cancel. Most of all, I felt relief that a human being had not experienced a moment of shock and betrayal on my account, however malicious his own intent may have been.

It was the week whose Torah portion opens with the law of the half-shekel, a tax for the upkeep of the holy Temple (Ex. 30:11-16). A minimal amount of money with maximum symbolic import, the poor are not to give less and the rich are not to give more. All are equal in God’s house, each one but a half, the presence of each needed to create wholeness. We had read the same words a few weeks earlier on Shabbat Sh’kalim/the Sabbath of the Shekels, the first of four special Sabbaths that precede the month of Nisan, each helping us in a different way of preparation for Passover and the journey to freedom.

That week was the third of the four special weeks, Shabbat Parah/the Sabbath of the heifer. The ritual of the red heifer as described in the Torah is a mysterious rite (Numbers 19:1-22). A red heifer is slaughtered and burned, cedar wood, hyssop, and scarlet wool dipped into the blood, the priest then to bathe in mayyim chayyim/living waters. Of those involved in the ritual, the pure become impure and the impure are made pure, an intermingling of states, perhaps of identities and perceptions of self. It is a rite to be utilized following contact with death, a way of purification and transition. Marking a way of ritual purification, it comes also to be a way of moral purification, of starting again, reminding us of what it means to be alive, to truly choose life. That is the intent of the prophet Ezekiel’s words as read on that Sabbath, I will give you a new heart, and a new spirit will I put within you, and I will take away the heart of stone out of your flesh, and I will give you a heart of flesh (Ezekiel 36:16-38). 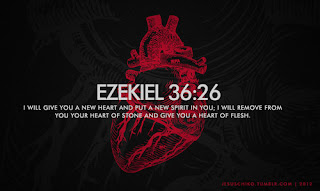 The Sabbath of the Heifer offers a teaching about the rough edges of life. In its themes and contradictions, this Sabbath confronts our being with our not being, death in the grand scheme and in the small ways of life diminished. There is a dying moment when the rough edges of two half-shekels don’t fit neatly together to bring wholeness. As we reach out to help another, the purity of ideals and intentions can come to feel sullied. The pure may come to feel as impure, all seeming uncertain, confused, the ways of the Holy One mysterious, like the ancient purification ritual itself. Is it possible then, that here too the reverse can be true, that the impure may become pure, touched at least in some small way by its opposite? In reaching out or responding to one whom logic says we shouldn’t, perhaps our ideals and intentions serve a higher purpose and remain unsullied after all. Perhaps on some level his heart was touched, in some small way his spirit made new as it once had been, touched, if but for a moment, by intimations of the holiness underlying the words he spoke, Shabbat shalom, Purim same’ach (a joyful Purim), the name of the Holy One.

Seeking God’s forgiveness of the people for the sin of the golden calf and renewal for his own flagging faith, Moses asks to see God. Instead, God reveals the essential attributes of compassion by which we are able to see God’s presence in the world and which we are to emulate: Holy One of Being, Holy One of Being, God merciful and compassionate, patient, abounding in love and faithfulness, assuring love for thousands of generations, forgiving iniquity, transgression, and sin…. Striving toward wholeness amidst life’s contradictions, confident in the judgment of the Holy One, I entered last Shabbos with a sense of inner peace, grateful for a clerk’s error.

Rabbi Victor H. Reinstein
Posted by Carl Kline at 11:03 AM