What is Non-Violence and why is it called NONVIO: No Higher Calling? This idea of non-violence is both a personal and internal, yet also a grand phenomenon occurring as a struggle in society and our own lives. Everyone sees violence as a problem, yet fighting AGAINST violence makes us violent as well. It has turned the greatest leaders into aggressors leaving a wake of sadness behind. Intelligent forces, presidents, leaders of countries are at war fighting a seemingly good fight for peace and freedom in order to eradicate a problem. However, this results in more war and pain, loss of men and women, and suffering to their families, the destruction of countries and the consciousness of its nation. If violence spurs more violence and promotes unending war, then why do we keep doing it? It seems like the only solution but fuels a chain reaction of devastation. Why does this happen?

The best answer I have found is something I learned on a personal experience that caused me a lot of grief and I couldn’t figure out the mechanism. But the lesson came clear only recently, and I often found it difficult to understand given that society seems to frown upon “victims” and applauds bullies. But what finally made sense is that violence happened on the inside. I realized it had little to do with the aggressor. It had much to do with my own decision to take something personally or get offended. I had merely chosen to react to a provocation of violence. Or rather, conceded to the perception that an act committed by someone, outside of myself, relatively important (or not important) could impel influence over my state of mind, mood or succeeding action. This seemingly automatic response assumed that the trigger subject proposed a threat to my ego, hence my self-promoted perception of who I am. It convinced me to defend my perceived image through aggression. But only because I decided that my ego (self-assessment) would somehow suffer or be endangered had I not. Hence, the idea that seems to be overlooked is that anger is a response to a perceived threat arising from an underlying fear, whether real or imagined. 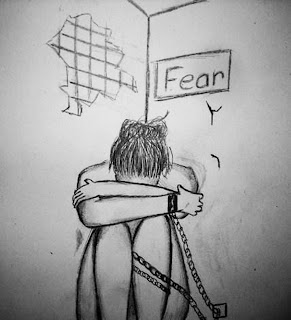 If violence comes from the feeling of hurt and the need to redeem ourselves, anger then is nothing more than a disguised fear positioning itself as a hero in our society and our mind. And it makes sense. Of course, I wouldn’t react angrily towards a house fly who accidentally hit my face on its way to its destination. I would dismiss it as a non-threat occurrence. Likewise, if an apparent insult transgressed between myself and a mentality impaired individual, I would naturally ignore the offender. Thus, the defense mechanism is triggered only by my own self-assessment and the judgment (idea) I hold about the “opponent” in relation to myself.

As highly unpopular as it seems, non-violence is the ultimate resolution of a healthy mind free from fear and a healthy assessment of oneself. Thus, I might resolve that the person attempting to insult me sees me as a threat, and I might even take it as a compliment. I believe fear takes root in the mind of aggressors. After all, they are walking around protecting themselves from perceived enemies in a loud cry of defense. It dawned on me that aggression towards another emerges from an unhealthy or small perception of oneself hoping to receive temporary validation through a violent act. When people stop recognizing life in another and a feeling of compassion is absent, it is a signal that awareness has dulled giving will to violence. Furthermore, I believe persons with a confined self-image are likely to suffer from this kind of overactive defense mechanism or unconscious fear which shows itself through frequent episodes of aggression.

It occurs to me that the same mechanism is responsible for war and affects even whole nations and leaders. Strongest nations become subject to the idea that if they destroy their enemy, they will win honor or peace or power. On an ascending scale these intentions arise as a reactive response towards our loved ones, children, neighbors, men and women, groups, ethnicities, gangs, armies, countries and the whole world becomes a slave to violence--a slave to fear. It occurs that we live in a society fueled by fear instead of love; As advanced and intelligent as we are, why do we still react to these provocations?

Where does the root cause of violence begin? The problem, I reckon, originates in our false ideas about our true nature. It is common to identify ourselves with our ego which is our perceived idea of who we are as we relate to the world around us. However, the more we identify with our egos, the more we form internal prejudice, scales, ideas about good and bad, creating limitations for ourselves and others. Our views become narrow making it harder for us to relate to others and we feel separate adapting a “me against the world” mentality.
We are so used to this common cycle of behavior that we misunderstand what is happening. We fail to recognize our true nature of oneness beyond the ego and the nature of the world we live in. Since nature loves diversity and accepts all possibilities and people, our conditioned minds explode within us continuously, when our ideas are tested in the real world, forcing us into conflict. As we begin to realize that conflict with others doesn’t resolve the problem but recreates it, why not break down our conditioned minds instead? It is important to take a step back and notice our ego absorbed state of mind when we are faced with a conflict. Exercising our will over violent impulses can help us prevent consequences which activate a vicious cycle. Also, becoming in charge of our emotions helps us avoid the feelings associated with a violent act that stay in our systems long after the event has passed.

Surprisingly enough, every spiritual text points us in the direction of acceptance. Accepting ourselves and one another can heal our feelings of separateness. We don’t need to prove anything or exclude anyone. We don’t have to suffer from the idea that we are only as big as our physical body or accumulations. That is the idea of our ego-dominated mind, ridden with fear, yet it seems to have won the world over. We are told through sacred teachings that LOVE is the greatest power that can transform any problem. And after evaluating the cause of violence, it becomes apparent that expansion is the engine toward peace. Not the individualized ego persona trying to force its undifferentiated ideals. We are together in this, and each one of us breathes, drinks, bleeds, hurts and desires understanding much the same way we do. Nature created us in a multitude of color, culture, opinion, religion, orientation, sex, etc. We are blessed to exercise free will, as human beings, through life affirming acts. There is nothing to lose, but our fears and anxieties. By giving our unconditional love to ourselves and others, we will culture internal freedom and a society free from hate and violence. 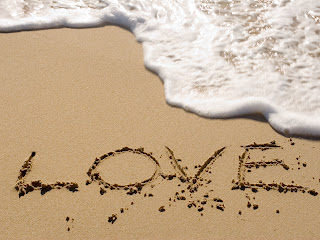 I realize this is easier said than done, at first, but I invite you to take your first step right now by joining the Non-Vio movement and create your very own act of non-violence. Contribute your voice to making Non-Violence louder than violence. By coming together as like-minded individuals, we will reach 1 billion acts of non-violence.

What does non-violence look like? It could be actions big or small - from turning the other cheek in the vein of Gandhi and MLK or to simply choose not to use offensive language or reframe from substance, or extend forgiveness to someone you know you hurt. The key fact is that these millions of actions by thousands of people will create a shift in our being and bring awareness to our core human values that, in my opinion, have the greatest ability to shift the fabric of our society. Join the movement: NONVIO.org