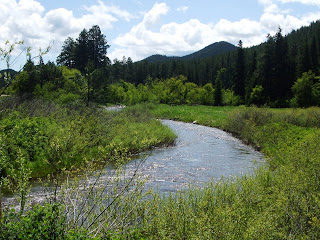 When I started thinking about this letter, the focus was simply the proposed Keystone XL pipeline. I'm deeply and passionately opposed to it, as I'm convinced it will dig us farther into a fossil fuel future that means climate catastrophe. But more importantly, I love this good earth we've been given and don't want to see any bit of it lost or destroyed; not the pine trees in the Black Hills; or the golden eagles flying down the canyon; or the bison running down the hill; or the cougar eyeing the deer; or the sweet flowing waters of Rapid Creek. It's all precious and sacred to me.

But as I sat down to write you about the pipeline, I was looking at a picture of our grandchildren. They are at an age in the picture where all five are sitting on or close to our laps. Like all grandparents, we want the very best for them and their future. And I must confess, sometimes I feel sad about the world I'll be departing and they'll be inheriting. I've begun to realize that there's a fundamental issue at stake with the pipeline. It's about violence, about how we understand the world and choose to act in it. Are we at war, or can we live in harmony?

For a long time I've been thinking how when I was born, the world was just giving birth to nuclear weapons. When I was still small, two of them visited absolute horror on civilian populations. That's part of the legacy of my generation to my grandchildren. That man-made hell of nuclear weapons is still very much with us and threatens through accident or hate to visit us again.

More recently, I've become aware of the dangers to human health and the health of all living things by the war we wage against "pests." So we kill the bad bugs with toxic chemicals, only to see them become worse bugs as our children develop more insidious diseases. I'm convinced the pesticide legacy of my generation is a poisoned nest for my grandchildren.

Yesterday reminded me of how much we're at war with each other, as our U.S. Senate was unable to even ask for background checks on gun sales. It's as if people are at war with the government, or the police, or the criminals, or their neighbors and family members, or even school children and marathon runners. It's all fear and war and little harmony, though 90% of the nation desires and deserves it. My grandchildren need it.

And most alarming and most relevant to the decisions you will make about the pipeline, is our war on the earth. Perhaps it's the fundamental war that feeds all the others. Somehow, we've lost our connection to the earth as our home, to "God's Body," as the theologian Sallie McFague puts it; or to Mother Earth, as Indian nations have long understood. 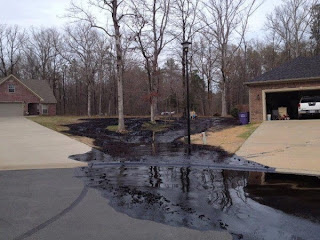 If you will just look at those pictures of the tar sands fields in Canada and the wonderful boreal forest that's being destroyed by that mining; if you would just talk to the Indian nations being decimated by toxic air and water from the mining process; if you will just watch those huge machines, grabbing trees and pulling them out of the earth to clear the pipeline path in Texas; if you could just walk the fields of those stolen by the first Keystone and see the fruitful grasses turned to weeds; if you would just walk through the stench and back yards of the recent spill in Arkansas or canoe the Kalamazoo river in Michigan, even now, years after that spill, or walk the rivers edge in Yellowstone or fish for shrimp in the Gulf or talk to  the shrimpers; if you would do this, then you might have some first hand knowledge of the despoiling of the planet by fossil fuels and the war we're waging on nature and on those living close to the pillage.

But, one fears, you'll instead fly to disaster areas, like after Sandy, and try to comfort the victims.

I agree with Martin Luther King, Jr. We have a choice, between nonviolence and nonexistence. And it's never been more evident and more pressing than now with our war on the earth. As some have remarked, at least with nuclear weapons our war madness is reversible. And we've made some modest strides. But with climate change, what  we're doing to our earth home will be with us, even without the pipeline, for generations to come. The carbon we've already put in the environment is too much with us. And all of this while those more harmonious alternatives are readily available; wind, solar, geo thermal, hydro, wave action. 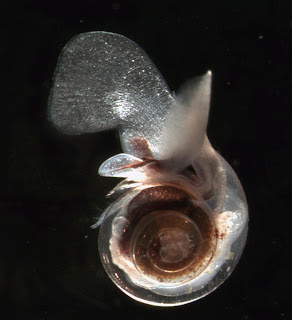 There's a film being shown in our town Sunday night at the local United Church of Christ. It's called "A Sea Change." It's a great film. It's about a grandfather and his grandson on a search together for the truth about climate change and what's happening to the oceans. We don't hear much about carbon in the oceans, so the film is educational as well as engaging. One learns about pteropods. I had no idea there was such a thing and their importance in the ocean ecosystem. We're connected to them!

So I like the film because it's educational, because it ends with hope and faith in the rationality of the human community, and because it's about a grandfather intent on trying to leave a better planet for his grandchild.

Thank goodness for all those other grandparents working to do the same, who aren't at war with the world but wanting to live in harmony with it. And my prayer for you is, that you will help your generation leave a more promising and peaceful legacy for your grandchildren, one without the XL pipeline.