Friday following the Boston Marathon bombing, the city is at a standstill, explosive violence during the night in pursuit of the bombers. Amid the mundane details of rising into the day, not quite sure at first what we are hearing and reading, trying to take it all in, bewildered. The chaos of the world immediately outside, all so close, begins to filter through, unfiltered. The word used over and over again since Monday, surreal, how is this happening here?  Describing a way of artistic expression, surrealism draws from the swirling world of dreamscapes, the chaotic and unformed, the place where dreams become nightmares, what we thought we knew shimmering as the ground shifts beneath our feet. The mirage of thinking we know, the moment of its being cruelly wrenched away, itself the story in real time on NPR this morning. Perhaps you were listening too as the reporter realized in a short span of time that she knew the surviving terrorist, a member of her nephew’s high school class, he had even been at a prom party at her home, appearing in pictures she had saved from that happy time, hosting young people coming of age, the world before them. She contacted her nephew on air to ask concerning his classmate, of insights or hints he might offer, but there was nothing, all unfathomable, unreal, surreal, only to console, her nephew and us. Of what it means to be brothers lost on the two who have wreaked such havoc, not only as brothers with each other but with all of flesh and blood. Describing human beings, the same stuff of life, flesh and blood, gore upon the Marathon ground, that until it is wasted gives physical substance to those who do good and those who do evil. In the jagged contrasts, also the sameness, questions that hover in the acrid air between, why is one path taken and not the other? The brother killed in a hail of bullets, a bomb strapped to his chest to kill more, was twenty-six years old. The police officer the brothers killed during the night was twenty-six years old. 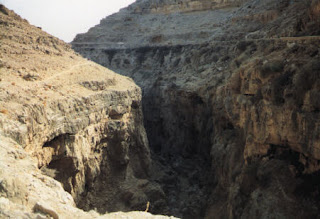 It is the fine line between death and life, not of a peaceful end to a life well lived, but of death as a way of life. And it is of death that is not natural, that does not come in the fullness of years, but grabs at tender sprouts and tears them from the ground, challenging us to the core. It is of this death that this week’s Torah portion speaks and in whose face it dares to teach. A double portion, Parashat Acharei Mot/K’doshim (Leviticus 16-20), there is revealed in the space and tension between them a path of life in the Valley of the Shadow of Death. Acharei Mot means After Death and K’doshim means Holy. The backdrop is death, untimely and cruel, acharei mot sh’nei b’nei Aharon/after the death of the two sons of Aaron. Right from there the process of t’shuva/repentant turning is laid out, the way of turning toward healing and wholeness with ourselves and with each other. As Acharei Mot turns to K’doshim the way becomes clearer, K’doshim ti’h’yu/you shall be holy, as I, God, your God, am holy. A lengthy list of commandments follows, guideposts along the path of life, most having to do with relations among people. The way of holiness is in the realm of human affairs, not far off, not in the realm of mystery or the mystical, or perhaps it tells of the truly mystical, expressed in the here and now. K’doshim ti’h’yu/you shall be holy…, leave the corners of your field, leave the gleanings of your harvest where they fall, leave the unripe grapes upon the vine and leave berries where they fall, you shall leave them for the poor and for the stranger…; the wages earned by a day laborer shall not remain overnight with you until the morning; do not curse one who is deaf, nor place a stumbling block before the blind…; do not stand idly by the blood of your neighbor…; you shall love your neighbor as yourself.

For all of the emphasis of the portion K’doshim on living life and finding holiness in the social realm, in relation to other people, the word kadosh/holy means in its root, separation. Rashi comments that to be holy means to separate our selves from sin. Concerned that we might come to think that this means to separate ourselves entirely from other people and from human society, the nineteenth century Chassidic rebbe Kalonimus Kalman Epstein, known as the Ma’or Vashemesh, warns against fleeing to the forests, for this will only serve to save a person from the things that impede the service of God, but one will not merit to attain the holiness of Above until joining with others and participating together with them in great service…. Separating from evil, we transcend it only to the degree that we join with others to do good. 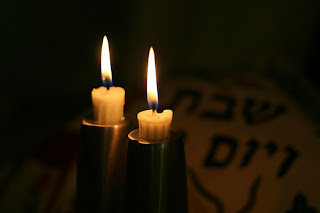 As much as we might yearn during times such as these to flee to the forest, our task is to be here among people. However surreal the context in which it is expressed, goodness is always real. The heroism that was manifest amid the horror of Monday, and as it all continues now, is a reminder of how we are meant to respond to the needs of others at all times. That is one of the lessons that we learn from extreme times. In the learning of this lesson, that we are joined flesh and blood with each other and are responsible one for another, we transcend the horror. Holiness is found in the ordinary details of life, in the way of our being in relation to others and in the way that together we nurture a society that reflects the best of who we are and are meant to be. Amid the chaos in the world around us now, small acts of kindness help to keep us grounded. Putting aside anger, speaking a gentle word, thinking good thoughts all help us to walk surely on the path of life even in the Valley of the Shadow of death. In the face of death and destruction, we affirm life in pursuing the holiness of caring for each other. In the glow of the Sabbath candles, may we see illumined the path of life.