There was a story this morning from the Associated Press about a new storage site that can hold material from millions of CD's in a space the size of the tip of a little finger. The material can be stored in this site for centuries, as long as it is kept in a cool, dry and dark place and isn't disturbed. The researchers who discovered this storage site placed all  154 Shakespeare sonnets, a photo, a scientific paper and a 26 second sound clip from the "I Have a Dream" speech of Martin Luther King on a barely visible bit of this material.

You might think this is some new and fabulous computer chip. It isn't. It's DNA, the storage site for characteristics of all things living. 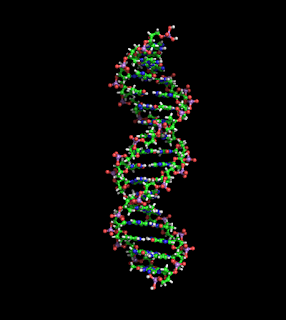 If new discoveries continue to boggle the mind with the smallness of things, it works in the other direction as well. A recent article crossed my desk where astronomers are now convinced there are billions of worlds like the earth in our galaxy, many of them circling stars like our own sun. Estimates are the Milky Way galaxy has a total of a hundred billion planets in all.

Of course, then we have to recognize there are likely more than 170 billion observable galaxies in the universe. When you multiply the number of galaxies by the number of worlds in each galaxy the numbers become unfathomable.

How is it then that the human being is so arrogant and self righteous? In the face of such awesome realities, where the universe seems to go on forever in both large and small dimensions, how is it that we make our understandings and convictions and limited knowledge the sine qua non of existence?

I'm convinced much of our problem is ignorance, material distraction and lack of a contemplative practice.

In materialistic societies like my own, we have turned education into preparation for productivity. Instead of going to the university to find your place in the universe, students attend to find their place in the job market. Or, at least that's the way the university tries to structure itself. So you have university Presidents sitting on the boards of multinational corporations they become beholden to serve and accepting capital improvements from institutions wanting to employ their student "products."

If you really want to discover your place in the universe, overcome your ignorance and avoid all the material distractions of the day, you may have to seek it outside the bounds of traditional institutions, including the church.

So many Christian churches these days preach the "prosperity gospel." You know, God wants you to be rich, to have what you need and want. So don't be afraid to go after it. Seldom do people find time for meditation and contemplation as church becomes another thing to do, another distraction on the road to personal well being and personal progress. Seldom are we encouraged to stand in awe at the magnificence of the creation, the amazing harmony, and to discern our place in it.