While purging my library of books that I have read and will not read again, I came across a small volume by Paul Woodruff titled “Reverence”.  I scanned again some of the underlining I had done when I first read it in 2003.   In the light of the recent slaughter of innocents in Newtown, Connecticut, Woodruff’s words ring with astounding clarity: We have the word “reverence” in our language, but we scarcely know how to use it. Right now it has no place in secular discussions of ethics or political theory.

A little farther along I read: Simply put, reverence is a virtue that keeps human beings from trying to act like gods…..To forget that you are only human, to think you can act like a god – this is the opposite of reverence.

As I read the newspapers and follow the conversations and rhetoric about a proposed ban on assault weapons, Woodruff’s words on reverence interweave with the strangely confusing “logic” of arguments in favor of armed police and personnel in our schools, in favor of the right of Americans to be armed to the teeth if they so choose.   I ponder the disconnect.   Albert Schweitzer’s notion of “reverence for life” swims in front of my eyes.   I read a little farther in this small volume that almost made my “discard” pile: Ancient Greeks thought that tyranny was the height of irreverence, and they gave the famous name of hubris to the crimes of tyrants. An irreverent soul is arrogant and shameless, unable to feel awe in the face of things higher than itself.  As a result, an irreverent soul is unable to feel respect for people it sees as lower than itself - - ordinary people, prisoners, children….Any of us is better for remembering that there is someone, or Someone to whom we are children;  in this frame of mind we are more likely to treat all children with respect.  And vice versa: if you cannot bring yourself to respect children, you are probably deficient in the ability to feel that anyone or anything is higher than you. 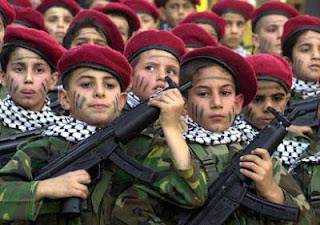 Just yesterday, the Boston Globe reported the removal of violent video games from several rest areas on a Massachusetts highway in response to a parent’s protest when he saw a young child playing a video game where the child was virtually aiming an automatic weapon at someone else.  Reverence – respect for children – somehow they get lost in the battle between the right to bear arms and the right of a child to live a life of hospitality and compassion.  One parent’s respect and reverence for the life of his child led to a nonviolent action that got results.

As I listen to the many and complex arguments and opinions regarding the reshaping of our gun control laws and as I read the statistics about the number of lives lost in America each year to gun violence, I wonder if, as a culture, we are on the slippery slope to our loss of reverence for life.  Power without reverence seems to have the edge in the deliberations over gun control and an assault weapons ban. Collectively, we seem incapable of protesting as effectively as that one father did in the service of his respect and reverence for his child’s life and wellbeing.

Curiously, I sat in services this morning and realized that I am seeing more parents are accompanying their children to shul, including them in the Torah discussions, exposing them to other adults who respect them and engage them in thoughtful dialogue around serious questions.  My inward heart rejoices in this homely sign of hope.  Perhaps this is our nonviolent protest against the absence of reverence –that we work more carefully to surround our children with esteem, and wisdom and respect – that we consider with them what a life of reverence and moral rigor might look like.  Sooner or later, these children will emerge on the national scene of politics with their sense of respect and reverence for human life intact - - and they will make a difference. 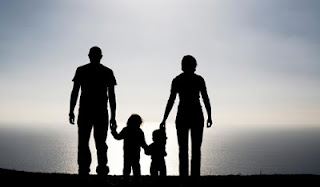 Meanwhile, our local paper announces that budget restrictions will not permit the cost of having an armed police officer in our local high school and the discussions continue about whether weapons make us feel safer.  As Joe Biden says, there simply has to be a place of common ground where we can all meet to create a safer world for our children.  Perhaps the way there is through the examination of the role that reverence plays in all our decision making.