Does It Matter to You Which Side They Are On?

During the week of war between Israel and Gaza, the week of the Torah portion “Toldot” (Gen. 25:19-28:9), a prayerful meditation waiting to be woven into Shabbos peace. 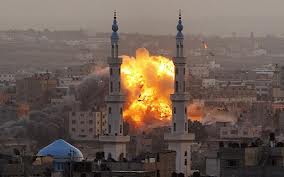 Holy One of Being, Source of Peace,
Whose waters of life sustain, Whose voice is heard equally by Hagar and Yishma’el and by Yitzchak at the well of the Living One Who Sees Me, the well that is to the south, along the way to Gaza and among the cities upon which rockets fall. Cast out from the fold, it is the place where Yishma’el dwelled and his descendants, “from Chavilah to Shur, that is before the Land of Egypt…, before the face of all his brothers did he settle.” It is the place to which Yitzchak went for comfort following his ordeal, fleeing his father’s zeal, yet seeking reconciliation among them all, bringing Hagar back with him to be his father’s wife, a child’s plea for family to be as one.

You, Whose gentle pillar of cloud was to guide by day on a new path, along a way unknown; we fall back so easily into the ways of the past, lost in a maze of violence, paths that lead only to a dead end, help us to break out from the endless cycle of death and destruction to find the way of hope and possibility, of life that endures. Give us the courage to acknowledge in the face of our own pain that the way of response that has always been has not brought the change for which we pray. Reaching out to our people in the Land, help us to embrace the other as well, all Your children, all our family; how long You’ve waited, yearning for their return to each other.

At the start of the Torah portion that offered its teaching in the week of fearsome violence, from the very beginning there is a portent of violence from even in the womb, Parashat Toldot/Generations, the ones from whom we’ve come and become, ancestors to descendants; and the children struggled violently with each other within her womb/vayitrotzatzu habanim b’kirbah. And our mother Rivkah went to inquire of You, asking why? And so we too ask You why? Is this the way it is meant to be from the beginning? Tell me, please, is there sadness in Your answer, a spur to us to make it right, two nations are in your womb and two states; they will be separated from one another/yiparedu u’l’om mi’l’om.

Of the world as it is, in Yitzchak You show us another way. He persevered in turning the hearts of those who stole his wells, three wells that were blocked up from the days of his father and three that were new, active and determined in a way we need to know, he saw reality for what it was and sought to overcome by shifting the emphasis and disarming their hearts of hate. He named the first well Essek/Contention and the second he named Sitnah/Enmity. And then they left him alone and he called the third well R’chovot/Spaciousness, and there was room in the Land for all. And when Avimelech came to him, who had hated him from before, he made a feast for them, and they ate and drank…, and they departed from him in peace/va’yelchu mey’ito b’shalom. Of a seventh well that Yitzchak dug, he named it Shiva/Seven, therefore the name of the city is B’er Sheva until this day/ad hayom ha’zeh. 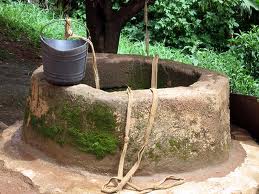 Until this day the rockets fall and the planes thunder over the very same places, children of the same womb still struggle violently with each other. And of Your children who really are children, does it matter to You at all which side they are on? Of lifeless forms in their parents’ arms beneath the thundering planes, of children with seconds to run when rockets scream and sirens wail, sustain them all from the wells of life, that no more children die help us to find another way.

Rabbi Victor H. Reinstein
Posted by Carl Kline at 11:10 AM