At the Intersection of Their Lives


Riveted and repelled, I listened for as long as I could to a program on NPR’s Fresh Air, eventually turning the radio off and driving on in silence because I couldn’t bear the images evoked by what I heard. The person at the center of the story had tried for a long time to turn the images off, but that is a lot easier when they come through a radio and not from deep within one’s own psyche. It was a story about a former U.S. Marine suffering with PTSD who had been in Iraq in the early years of the war. He was part of a unit that fired on three cars heading toward an intersection and failing to stop when ordered. It turned out that all of those in the cars were members of one terrified Iraqi family trying to find their way home, all civilians. Three of the men in the cars were killed and a young woman was wounded. The NPR story was about one of the Marines in that unit and a New York Times reporter with whose help the Marine was able to contact and eventually establish a relationship with surviving family members who had been in the cars on that fateful day. 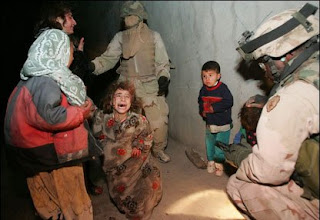 As I drove, trying to get the horrifying images out of my mind, I did not expect to make a Torah connection, but later, I did. The true bravery of that Marine, manifest through deeds for which no medals are given, and the profound humanity of the survivors he reached out to, are all about Torat Chayyim/the Torah of Life. The story about this Marine and this family opened up a place in Torah where I had never lingered before. It is a place where the stream of nonviolence that flows beneath the surface of Torah, of which I often speak and seek, bubbles up, challenging, begging us to think and act in a different way from the surface way of text and life. All too often we assume the surface way to be the only way, violence engendering hate, and then more violence, and more hate. At times the bubbling up of that stream of nonviolence seems so crystal clear and loud, like the gurgling flow of a springtime brook, that I can’t understand how we miss it, in text and in life. Beyond the reflexive way of violence and hate that so prevails, the more effective way of response to violence and hurt is to bravely reach out and to graciously receive, acknowledging the humanity of the other. Affirming the web of human connection is at first the more difficult way, until in prevailing it redirects the endless cycles of violence that separate us from each other. Either cycle will in the end perpetuate itself, whether of war or peace, violence or nonviolence, a new path emerging from within our selves when we can no longer ignore the voice and the face of the other, or the relationship to which we are called.

The NPR story was in the week of the Torah portion Lech L’cha (Gen. 12:1-17:27). Grammatically, the two words can simply offer a strong imperative, “go forth!” It is the beginning of the Jewish journey, as Avram and Sarai are told to go forth. Leaving all they had known and travelling on faith to a land they do not know, it is also an archetypal journey experienced by every human being, each one setting out toward their own becoming. The two words, lech l’cha, literally mean, “Go to yourself.” Our lives are to be journeys of discovery. In the uniqueness of each one’s journey, we are each truly meant to find a new way. At the intersection of worlds, the inner world and the outer world, the path of our lives is formed, the way of our going in the outer world influenced and shaped by inner experience. As paths merge, a new human way is formed. The challenge is to hear and heed the lessons of inner response, our own and those of ancient ancestors, not to brush them off as unrealistic, only a dream or vision. They often represent the ultimate reality toward which we strive; the stream beneath the surface, waters of life waiting to rise. 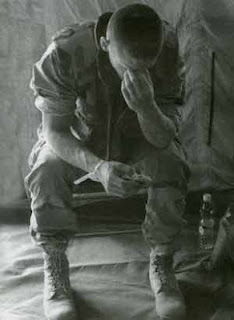 In the outer world of Abraham’s life as it unfolds on the journey through the portion Lech L’cha, he engages in a strange battle with four kings to rescue his nephew Lot and emerges victorious. In the aftermath of battle, returned safely home, it would seem to be a time more settled, even of peace. But it is not. Immediately after the battle with the kings, the Torah turns to the inner life of Abraham: After these things, the word of God came to Avram in a vision, saying, “al tirah, Avram/fear not, Avram….” What is Abraham afraid of? Nothing is said of fear in the text? Looking beneath the surface of text and psyche, the rabbis look to the preceding verses, to the battle from which Avram has returned for the source of his fear.

In a profound midrash (Bereishit Rabbah, 44:4), Rabbi Levi suggests two sources of Avram’s fear, first asking the same question that we ask, “of what is our father Avraham making himself afraid?” Rabbi Levi then gives voice to Abraham’s question, a burning inner question that Abraham can’t turn off, just as millennia later it wouldn’t help the one returned from battle to turn off the radio. Abraham asks: Of all those troops that I killed, what if there was among them one righteous person, one who was in awe of heaven/tzadik echad virey shamayim echad? The word for troops in Aramaic, ochlosin, is very similar, unmistakably so, to the modern Hebrew word for population, ochlosiyah. There is a very fine line, all too easily blurred, between the soldiers and the general population. Abraham struggles with the thought of the innocent who may have died at his hand, at the forbidden intersections of life and death where humanity seeks itself. In Abraham’s question is a foreshadowing of the challenge he will soon pose to God regarding the people of Sodom and Gomorrah, will You even destroy the righteous with the wicked/ha’af tispeh tzadik im rasha? If Abraham is going to hold God to account, he first needs to hold himself to account. Blurring the line further between the one and the many, soldiers and populace, Rashi changes the words of the midrash and Abraham’s pained question becomes, what of all the souls that I have killed/kol otan n’fashot she’haragti? 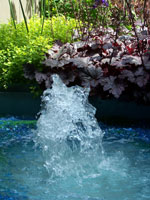 Introducing his second question in the same way, Rabbi Levi again asks, “of what is our father Abraham making himself afraid?” This time we realize from his question that Abraham can’t possibly find peace because the war will never end: Of those kings that I killed, will their sons gather troops and come and make war with me/ba’im v’osim imi milchamah? Speaking to the futility in the endless cycle of war, the great Israeli Torah commentator, Nechama Leibowitz, writes of the realization that comes with Abraham’s fear: “Victory is not the end of war. It contains within itself the germs of the next war.”

Haunted by images of war that cannot be turned off, we can only redirect them. The legacy of endless war is a human legacy that belongs to all of us. All of humanity suffers from post-traumatic stress disorder. Healing and transformation begins when we hear God’s call to seek a new path and go forth, lech l’cha. We shall come to that land of peace as yet unknown when fear gives rise to the gnawing questions of Abraham, and to the courageous way of response at the intersection of their lives by one Marine and an Iraqi family.