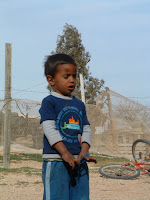 Earlier this week I was moved to tears by a letter from Rabbi Arik Ascherman.  He is the executive director of Rabbis For Human Rights in Israel.  His letter described his organization’s solidarity visits to Bir Hadaj – a Bedouin village where Israeli police had fired tear gas into the elementary school – and then to Kibbutz Revavim which has been targeted by Palestinian arsonists and cattle thieves causing great economic loss.

As I read his letter in the light of the escalating intensity between Israel and Gaza this week, my heart ached with the question “How much can one man do?”
On the same morning, I finished reading  “CLOUD ATLAS”  by David Mitchell.
The book ends with one of the main character’s reflections in his journal:

In an individual, selfishness uglifies the human soul; for the human species, selfishness is extinction.
Is this the doom written in our nature?
If we believe that humanity may transcend tooth and claw, if we believe divers races and creeds can share this world as peaceably as the orphans share their candlenut tree, if we believe leaders must be just, violence muzzled, power accountable and the riches of the earth and the oceans shared equitably, such a world will come to pass.  It is the hardest of worlds to make real.  Torturous advances won over generations can be lost by the single stroke of a myopic president’s pen or a vainglorious general’s sword.
A life spent shaping a world I want Jackson to inherit, not one I fear Jackson will inherit, this strikes me as a life worth living.  Upon my return to San Francisco, I shall pledge myself to the abolitionist cause….I hear my father-in-law’s response:

“Oho, fine, Whiggish sentiments, Adam.  But don’t tell me about justice!  Ride to Tennessee on an ass and convince the rednecks they are merely white-washed negroes and their negroes are black-washed whites!  Sail to the Old World, tell ‘em their imperial slaves’ rights are as inalienable as the Queen of Belgium’s!  Oh, you’ll grow hoarse, poor and gray in caucuses!  You’ll be spat upon, shot at, lynched, pacified with medals, spurned by backwoodsmen! Crucified!  Naïve, dreaming Adam.  He who would do battle with the many headed hydra of human nature must pay a world of pain and his family must pay it along with him! And only as you gasp your dying breath shall you understand your life amounted to no more than one drop in a limitless ocean!”

Yet what is any ocean but a multitude of drops?

Across the days since I began writing this, the tensions in Israel and Gaza have escalated.  Time and again, my heart turns with gratitude to Arik and all the people like him who work to create a world they want for the next generation to inherit not a world they fear the next generation will inherit. Arik and his friends have no time to ask “what can one person do?”  They just go out and do it.  The little poem I learned as a child keeps echoing quiet notes of hope: 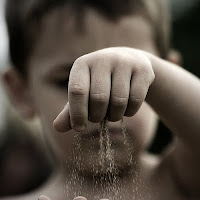 Little drops of water,
Little grains of sand
Make the mighty ocean
And the pleasant land.

As we celebrate the American day of Thanksgiving, my soul gives thanks for all who embrace their drop-like work in behalf of a better world.