At about noon on the day following Yom Kippur I received a phone call from my former boss, the executive director of our local Hospice.   “May I pull you out of retirement for an emergency?”  A young child, an 18 month old little girl, had been brought into the emergency room. She had been found dead, lying on the living room floor of her home as her father slept in an upstairs bedroom. 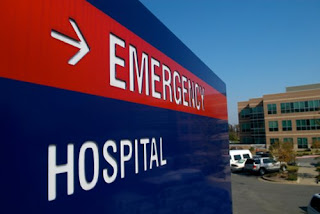 When I received the call, about 30 family members and friends had already gathered at the hospital to support the two estranged young parents, various step-siblings, grand-parents and great-grandparents.  Shock, confusion, fear and disbelief filled the ER.  The hospital staff responded as compassionately and efficiently as they were able to do under the circumstances -  - the head nurse, nose red and eyes swollen from crying, the nurse manager – wide-eyed and stoic – responsible for holding her staff together, the child’s pediatrician – helpless in the face of this sudden death – all in shock while trying to do their jobs.  There were several young policemen, charged with investigating  the cause of death - - one of them having to leave until he could get control of his emotions – all of them, fathers of young children; and there was the on-call chaplain, visibly shaken, recognizing that nothing in all his years of training prepared him for what was happening.

We, a hastily gathered hospice response team of three, made our way to the ER. We wondered among ourselves “what on earth will we be able to do in the face of this overwhelming tragedy?”

As the early afternoon unfolded, the best we could do was to be present to the community of family members, hospital staff, police, - and to each other.  Within minutes of the ambulance’s arrival at the hospital, the word had spread.  There were few details –but the emotional shock colored every face. It was visible in the way normally effervescent energy became subdued wherever I turned.  When in the presence of the enormity of the death of a young child, there are no words.  Only listening will suffice and, perhaps, the willingness to absorb some of the shock of those most immediately affected.

For an hour or so, we wove our way among the gathered family and friends in that heavily descended cloud of grief – having to be acutely conscious that no words of comfort could be heard.  Truly, all our collective training could not prepare us for that time in that emergency room.  So – we embraced, we cried, we listened – and in the process, we absorbed some of the shock in order to help others to bear it.

In time, as the first wave of reality set in, the family gradually dispersed to their various homes and we returned to the hospice office to ask ourselves “What just happened here?”

I kept pondering that question in the light of living nonviolence as I watched how the community came together to support one another, to reserve judgment about the circumstances of the child’s death, to offer presence when there was simply not much else to offer.

I wondered if there were lessons to be learned for life in the world beyond our watery boundaries on this island.  My mind went to how the world community responds – or fails to respond to the tragedies of war and natural disaster – to the awe-full loss of human life, to the destruction of whole communities, of those  fragile networks of connection that seem to sustain human beings through the worst.  So often, the knee-jerk reaction is to place blame, hunt out and name perpetrators, find an appropriate target for rage and guilt – all in the name of justice.  That could easily have happened in the Emergency Room.  But the constraints of community prevailed for a moment as the universally binding event of grief held all of us in its unrelenting grasp.

As I thought more about this, I realized that in the face of tragedy, there is a role for those of us who may be one step removed from the most deeply personal involvement, as our hospice team was.  And that may be the role of the “shock-absorber.” 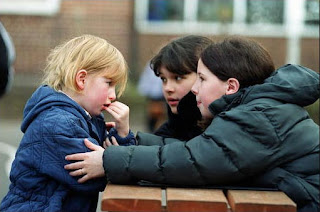 Are there enough of us in this world to hold steady? To absorb the continual assaults on our humanity that come with ugly affronts to one another’s religion, with embassy attacks and with death at the hands of supposed allies and with the apparent confusion that reigns in high places while blame and guilt are assigned and justice is pursued?

Even as I ask the question, I am reminded of the Buddhist practice of Tonglen. It holds forth the possibility that, indeed, we may be able to absorb the ongoing shock, hold it without violence in our own hearts in compassion and thereby transmute it into something that may begin to change the world.