Making a Living and Making a Killing


It's difficult these days for lots of people to make a living. It's worse today than it was for us baby boomers. My generation was told to expect a future filled with leisure time. With all the advances in technology and the growth of the economy, we were led to believe people would work less than forty hours a week. Many of us would share jobs. Husband and wife would share parenting. We anticipated machines doing mundane things people used to do. We envisioned ourselves enjoying three day week-ends, every week-end; at the beach, in the mountains, practicing leisure. Go back to those issues of Newsweek and Time in the fifties and sixties and read again what we were promised. 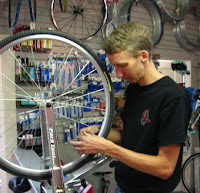 It hasn't happened! Now both husband and wife work full time jobs. If there are children, their lives are a constant series of programmed events to prepare them to be productive and competitive in the future. Parents spend any free time in the car, delivering their charges to this sporting event and that club meeting. Family dinner time has disappeared to the fast food industry. And if one is successful in gathering everyone together at one time,  in one place, to do something together as a family, someone usually disengages or wants to disengage into a virtual world. Would-be citizens find little time to think, let  alone be current with the significant social and political challenges of the day. It's as if some invisible hand has structured an economic and political framework to keep us so busy we will remain ignorant and apathetic. This is what I call the American Dream, turned nightmare.

In response to this nightmare, many turn from making a living to attempting making a killing. The growth in state run lotteries continues unabated. Iowa has recently initiated an effort to steal state casino revenue from out of South Dakota. There were those who wanted to build a casino right across the state line to compete. Others prefer to play the stock market. Still others wait for big oil or big boxes or big developers or big government to purchase their property so they can retire in comfort to a world of leisure. Physical labor has been replaced by the gym, except for the few, usually the immigrant or undocumented.

Why are the gambling ventures so successful? Because everyone would like to make a killing, especially those who find it more and more difficult to make a meaningful living. Who wouldn't like to join the "Rich and the Famous," with their millions of dollars in mansions and private jets? Who wouldn't like to be part of that one percent of the population who own as much wealth in this country as the lower ninety percent? Those folks are making a killing! They don't have to make a living!

The problem with making a killing is it does just that. Someone suffers the consequences. Oil barons get rich while the poor in Ecuador get an environmental disaster. Or consider the fishermen laid low in the Gulf, with diminished opportunity and new found illness, the result of a bloated bottom line at BP. Banks get rich on packaged mortgages and thousands lose  their homes. Or how about the people losing self respect, marriages and savings accounts to the "gaming" industry?

That's not to say that one can't be wealthy and be making a living. Making a living is expansive. It's not just working so your family can have the basics. Making a living recognizes the finite nature of the universe and of oneself. It's about moving beyond the walls of home and increasing the living-ness of one's community and beyond. Making a living is about life, not killing. It's about building the bonds that unite people in common endeavors rather than separate them into warring classes.

In the U.S., I worry we are on the verge of class warfare. The gap between the rich and the poor has grown exponentially. The statistics have become extreme. There are serious racial and ethnic dimensions to the crisis. The gap between family incomes of whites and African Americans has almost doubled. The focus among decision makers continues to be on growth and further accumulation for the "haves," rather than on sustainability for the "have nots." We live in a culture where our attention is focused on the wealthiest while ignoring the poorest, a costly choice for all of us in the long run. 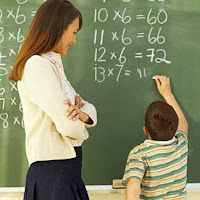 As a people, if we are to avoid the consequences of making a killing, we will need to return to the collective value of making a living. It's a choice we are already faced with daily, in so many ways. The heritage of humanity, that promises a future for our children and grandchildren, is not the survival of the fittest but the cooperation of the commons.