Walking into the Brookings library the other day, the newly acquired book section caught my eye. As I surveyed the titles, two stood out. They required closer inspection! After scanning the contents, I decided to take both of them home.

On the one hand, they should both be required reading of all Americans. On the other hand, I almost wish they hadn't been there. It wasn't particularly pleasant reading. Absorbing and gut wrenching, yes! Revealing and insightful, yes! But pleasant, no! Unless of course you have a penchant for the horrors of war and their aftereffects, from the battlefield experience in Vietnam and Iraq to the trials and difficulties of "coming home."

Or, unless you want to know why record numbers of our military are taking their own lives. 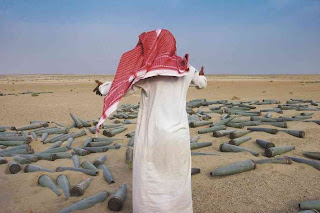 July of 2012 brought a record number of U.S. military suicides. Thirty eight service members killed themselves, more than the number killed in battle. Twenty four were active duty and twelve were National Guard or Reserves. It was the highest number since the military began compiling these statistics. According to Iraq war veteran Aaron Hughes, every day in this country, 18 veterans are committing suicide. 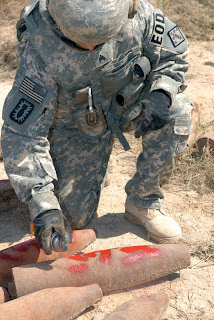 Hughes is head of the Iraq Veterans against the War. He decries a failed policy in Iraq that has had a profound effect on his brothers and sisters in the military, who continue to have to live with that failed policy, and often die because of it.

Hughes is not the only one concerned about the rise in the number of military suicides. So is Defense Secretary Panetta. In June he remarked, "This issue, suicides, is perhaps the most frustrating challenge that I've come across since becoming secretary of defense last year. Despite the increased efforts, the increased attention, the trends continue to move in a troubling and tragic direction."

And then, believe it or not, the Army has just handed out a contract for an anti suicide nasal spray. One whiff and you don't want to kill yourself anymore. The Army has given a $3 million grant to the University of Indiana School of Medicine, led by an associate professor of biology, to develop the spray.

"Suicide is the toughest enemy I have faced in my 37 years in the Army," Gen. Lloyd J. Austin III, the Army's vice chief of staff said, in announcing new suicide numbers. Austin is spearheading efforts to find ways to halt the surge in suicides. "That said, I do believe suicide is preventable," Austin added. "To combat it effectively will require sophisticated solutions aimed at helping individuals to build resiliency and strengthen their life coping skills."

To the jaundiced eye, the nasal spray is an attempt at a unique technological fix, one that might get soldiers back in the conflict rather than in a psychiatric hospital or in a pine box.

But, back to the books. The General might be wise to read them rather than throwing taxpayer money at nasal sprays. Since neither are written by professional writers, one needs to forgive needless credentialing in one and chronological confusion in the other and read them cover  to cover.

Autopsy of War: A Personal History by John A. Parrish, M.D. is an account of his Vietnam experience as a doctor and the trauma and tragedy that followed in his personal and family life. As my friend, a Vietnam War veteran says, there's no such thing as a warrior who isn't wounded. All are wounded, often with invisible and too often unspoken pain. Parrish was deeply wounded as a triage physician and invisible scars gradually became visible.

The Long Walk: The Story of War and the Life that Follows by Brian Castner brings our knowledge of the mental, emotional and spiritual damage war causes into the reality of the present conflicts. Castner  was one of those bomb disposal warriors in Iraq. He led a team who picked up the pieces after an IED did its damage or who detonated unexploded ordinance. His descriptions of what happened in his daily life are detailed and horrific. It becomes clear that if you escape from even one tour of duty in such circumstances with your mind and spirit intact, it would be a miracle. 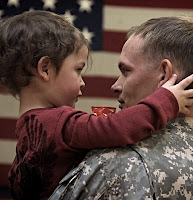 I dare you, especially all who used that phrase "Support the Troops" before "shock and awe" in Iraq, read these books. Support these veterans willing to tell their personal stories with all the warts and failings. Then maybe next time some administration lies to us about why we're sending our troops into battle, we'll make Congress do their Constitutional duty and decide whether there are merits to the commitment and actually declare war for the first  time since WW2. Maybe we'll even avoid these lengthy wars of "occupation," that put our military men and women in utterly untenable positions. Or, maybe we'll decide war is a failed institution, producing only grief and loss, for both sides.