It's bad enough that the U.S. has become a country where the President makes the law, makes war, has a personal "kill list," and determines what's moral for the rest of us. What's even worse is the deathly silence from the courts, the Congress, the public, and from those institutions that are supposed to be the moral guardians of the society. 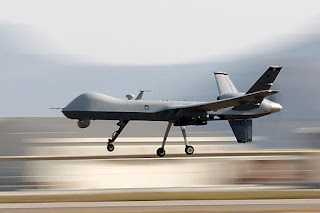 It all started after 9/11, when President Bush decided on a policy of "preventive war." Because we could, we would go anywhere, anytime, to attack our enemies. In one fell swoop, any notion of national sovereignty fell by the wayside. Any distinction between offensive and defensive military action was obliterated. For the U.S., all military action was "defensive" and we were at war with the whole world, or at least certain individuals and groups that could be hiding in any country on the planet. Our leaders would get offended at any notion we were engaging in "offensive" military action. The invasion and/or occupation of any country and the killing of civilians simply became the cost of "defending" ourselves. Collateral damage (the deaths of non-combatants) was simply part of the cost of the mission. Given the responsibility of determining whether to carry out a mission where there might be civilian casualties, it's been reported Defense Secretary Rumsfeld never denied a single one.

So we've had these ten plus years of war in Iraq and Afghanistan. Still, at enormous cost in human life and national treasure, we find ourselves in the same position we were in when those wars started. The faces of Al Qaeda leadership have changed, as they do with each new killing and drone strike. The locations for training and recruiting environments have moved. But no one, no one, I emphasize no one, will claim the so called "war against terrorism" has been won; nor will anyone claim the U.S. is any safer (except perhaps we can now carry a few ounces of toothpaste in our carry on luggage when we fly).

Congress has been complicit, at least in part because every Congressperson has defense industry or military bases wielding enormous economic clout in  their state. Witness how Republican and Democratic congresspersons in South Dakota aren't able to work together on much of anything, except saving Ellsworth Air Force Base from being closed. Then they even appear together on the same stage.

But they've been complicit for other reasons as well. When talking about the Just  War Theory of Augustine with my students, I always ask them who a legitimate authority is for declaring war (the first criteria). Without fail, almost to a person, they say the President.

That's not what the Constitution says! A  declaration of war is reserved for the Congress! The framers wanted to make sure we didn't have Kings and dictators, or Presidents, making such significant decisions alone. The people's house needed to assume that responsibility so the decision would be made closer to the homes and hearts of the people. Since World War II, war making decisions have been fudged, because executive powers have increased and Congress doesn't want responsibility for difficult decisions. So Presidents take us to a "war on terror" that has no likely end, no known field of activity (where next, after Iraq and Afghanistan; and after Yemen and Somalia? Indonesia? The Philippines? Pakistan?).

There's nothing partisan about this decay of Constitutional principles and the gradual erosion of democratic values. Although the Bush Administration began the process of preventive and perpetual warfare, the Obama Administration has only escalated it. The major escalation has been not so much in the ends desired but in the means used. We're looking at a new form of warfare and the present administration is focussing on it, unmanned drones. 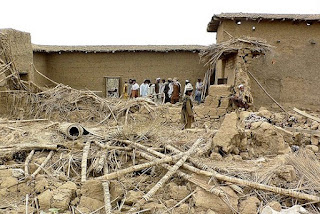 Hardly a day goes by when there isn't a new drone strike somewhere. They happen with some regularity in Pakistan, and now in Yemen. The first American citizen was targeted and killed by a drone in Yemen and his sixteen year old son killed in a later drone attack. It's not clear if the teenager was consider a "target" or collateral damage. The White House, of course, has already prepared the "legal" defense for unmanned drone attacks, even on American  citizens. And to show how bi-partisan warfare can be, the most far right Republicans are going public, supporting President Obama in his aggressive drone strikes against terrorists. 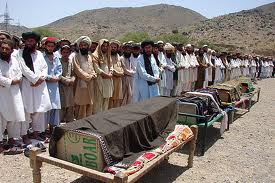 One of the problems is, of course, if you're piloting a drone from near Las Vegas that's targeting a house in Pakistan, the intelligence about who is there is not always accurate. The Bureau of Investigative Journalism (a rare animal these days) determined in August of 2011 that till then, 2,292 people had been killed in Pakistan in drone attacks, including 775 civilians. In just one hit on a Madrassa in 2006, 69 children lost their lives. Some of the latest reports indicate more and more strikes on funerals of Al Qaeda leadership. Apparently the assumption is, only sympathizers would participate. Are we forgetting about family members, like children, or grandparents?

In 2001, there were only a handful of drones in the government inventory. Today, they number about 7,000. There are proposals and some implementation for using drones in policing the Mexican border, aiding homeland security and local police departments, and providing new services for assorted businesses.

Frankly, I agree with the Rev. Wright, and my grandmother, "the chickens come home to roost." What the U.S. is doing around the world will eventually show up at home. Democracy is at risk, as courts ignore executive "law-making," as a purchased Congress turns away from responsibility, as citizens cover their eyes, ears and mouths, and as a moral compass is turned upside down by materialism and selfishness. It's going to require more than voting to turn this slide around.

Carl Kline
Posted by Carl Kline at 5:24 AM

Are there any active political parties in the USA that are non-violent?