A few months ago, a friend asked if I would be willing to be a writer for a blog on living non-violence.  First, I was humbled that he would ask me, but secondly I was a bit hesitant. I have not written much on this blog due to my hesitation.  I’m normally not overly quiet when it comes to my views. In fact, I have spoken quite widely that I am a pacifist, but writing this blog put me to the test. It made me consider, deeply consider what living in non-violence means.

My dad was a Vietnam vet. I have not seen him in over twenty years except for a brief encounter after my middle child was six months old. Dad met me at the beach and he sat in a swing holding Doug. My dad has many demons within him. Some are from childhood, some from the war. All are from being exposed to ways of being human that hurt. 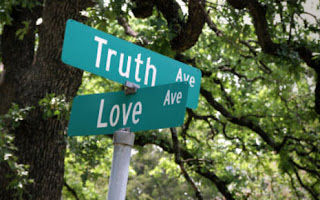 This is where my hesitation comes in. How do we hold one another accountable to how we overpower, over control, bully, exploit and dominate; and still claim to live in non-violence. Because our own species cannot see the difference between enabling and having expectations on human behavior. Our own society does not seem to know how to gently say, “wait, what you are doing is harmful; harmful to your own soul and harmful to the community of which you are  a part,” without seeing these words as being mean or unjust. And so we just continue allowing many levels of violence to exist among us.

When I think of my dad and the violence that was projected into his life from childhood and from war, it makes me weep. It makes me wonder “WHERE WERE THE PROPHETS?” When I see the children in our schools committing suicide due to bullying; when I see our churches becoming places of dysfunctional power, exploitation, and personal temples of greed; when I see our earth being ravished for corporate gain, I wonder “WHERE ARE THE PROPHETS?” 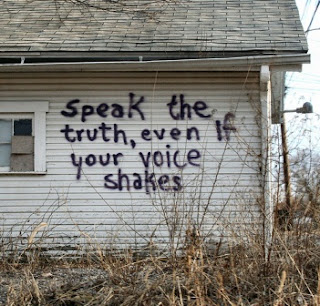 Where are the prophets who have the courage to speak and say, “Children of God, look at your lives. Look and see what you are doing. Look around you and see the destruction. See how the beauty God has created has become places of devastation: devastation within the human heart, that hurts because it is hurt, and the only way it will stop hurting, is if it is able to see that hurting begets hurting; devastation within our children, because parents themselves are teaching inappropriate bullying ways of being human; devastation throughout the earth, digging, polluting, removing, destroying, because humans believe that our worth is found in our possessions. Turn from these ways of devastation and seek a better way of life.”

Some will see this and think I am being violent. Some will think that my words are violent because they are said emphatically and with passion. And this is why I write this blog with hesitation.

I loved reading this blog. I wanted to share that we do not need to despair seeing all the violence in the world. We can start right from us and share Love with one another, to whomever we meet. We can make the world a better place by just being nicer everyday, sharing a smile with people on the road, by showing empathy.
They have been days when I feel I could have been much nicer and despair and feel hopeless that how much ever I try to be nicer, I slip at times. But, then I realize that those are the times when I am not centered, when I am most emotional and good news is - it is still okay. I just need to be grateful for the awareness and "choose". Choose Love.
With everyone of us choosing Love in our interactions, our world will surely be a much better place to Live. ♥

If we agree to “think globally” about climate destabillization and at least one of its consensually validated principal agencies, it becomes evident that riveting attention on more and more seemingly perpetual GROWTH could be a grave mistake because we are denying how economic and population growth in the communities in which we live cannot continue as it has until now. Each village’s resources are being dissipated, each town’s environment degraded and every city’s fitness as place for our children to inhabit is being threatened. To proclaim something like, ‘the meat of any community plan for the future is, of course, growth’ fails to acknowledge that many villages, towns and cities are already ‘built out’, and also ‘filled in’ with people and pollutants. If the quality of life we enjoy now is to be maintained for the children, then limits on economic and population growth will have to be set. By so doing, we choose to “act locally” and sustainably.

More economic and population growth are soon to become no longer sustainable in many too many places on the surface of Earth because biological constraints and physical limitations are immutably imposed upon ever increasing human consumption, production and population activities of people in many communities where most of us reside. Inasmuch as the Earth is finite with frangible environs, there comes a point at which GROWTH is unsustainable. There is much work to done locally. But that effort cannot reasonably begin without sensibly limiting economic and population growth.

Problems worldwide that are derived from conspicuous overconsumption and rapacious plundering of limited resources, rampant overproduction of unnecessary stuff, and rapid human overpopulation of the Earth can be solved by human thought, judgment and action. After all, the things we have done can be undone. Think of it as ‘the great unwinding of human folly’. Like deconstructing the Tower of Babel. Any species that gives itself the moniker, Homo sapiens sapiens, can do that much, can it not?

“We face a wide-open opportunity to break with the old ways of doing the town’s business…..” That is a true statement. But the necessary “break with the old ways” of continous economic and population growth is not what is occurring. There is a call for a break with the old ways, but the required changes in behavior are not what is being proposed as we plan for the future. What is being proposed and continues to occur is more of the same, old business-as-usual overconsumption, overproduction and overpopulation activities, the very activities that appear to be growing unsustainbly. More business-as-usual could soon become patently unsustainable, both locally and globally. A finite planet with the size, composition and environs of the Earth and a community with the boundaries, limited resources and wondrous climate of villages, towns and cities where we live may not be able to sustain much longer the economic and population growth that is occurring on our watch. Perhaps necessary changes away from UNSUSTAINABLE GROWTH and toward sustainable lifestyles and right-sized corporate enterprises are in the offing.

Think globally while there is still time and act locally before it is too late for human action to make any difference in the clear and presently dangerous course of unfolding human-induced ecological events, both in our planetary home and in our villages, towns and cities. If we choose to review the perspective of a ‘marketwatcher’ who can see what is actually before our eyes, perhaps all of us can get a little more reality-oriented to the world we inhabit and a less deceived by an attractive, flawed ideology that is highly touted and widely shared but evidently illusory and patently unsustainable.