The Need for Forgiving 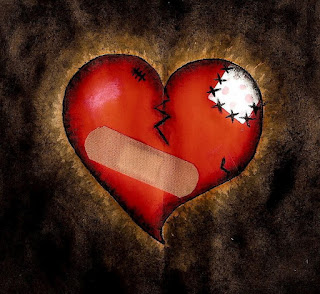 Forgiveness begins when you forgive yourself first. You need to forgive yourself for what you did not do or were unable to do to prevent others from hurting you. Forgiving yourself is to understand your good intentions or principles, because they will not change when someone offends you, or as a result, you suffer.

How many times, -directly or indirectly- have we provoked so much pain in others because we believed we were in the position to throw the first stone and thought we were the owners of justice?  Our human justice is not perfect, and when we believe in God, we must leave justice in Gods' hands.
Forgiveness also lets the weight of hate, ire, and vengeance that we carry around be released, so we can feel lighter from that baggage and start a healthier way of life instead of a deadly and painful living.  Vengeance, law and justice belong to losers.  A Chinese Proverb says, “If you want vengeance, carve two tombs”.
Vengeance will never bring us a sense of wellness. Contrarily, and as time passes by, we will feel the growth of bitterness invading our conscience after our act of vengeance and we will never feel happy within ourselves.  We must understand, vengeance belongs to losers and forgiveness belongs to winners. Vengeance is charged with and maintains our negativism while forgiveness releases, discharges and liberates us from negativism.  Our desires for vengeance (restricts, confines, ties) us up.
There are always people being rejected, excluded in human history. Let us remember the time of Jesus, when lepers and robbers were marginalized from society. However, Jesus looked for them to forgive and heal them. Largely, as a man, he was able to forgive them and died surrounded by two of them. 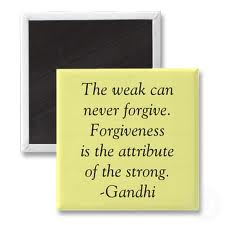 During Gandhi’s time, where the Hindu society is divided into classes based on caste, the criminals or pariahs are rejected by the Indian society. Nevertheless, Gandhi reached out for them and helped them to gain their dignity, and included (brought them back) into society again.
Today, our society has marginalized criminals, gangs, drug addicts and prisoners, even though many of them have completed and paid for their time in prison. However, they are labeled for life. We believe it is justified to keep  justice on all of them; they must continue suffering. By this we can only achieve excluding them further, turning them more hostile; because despising them causes them to unite and become enemies of our society, instead of reaching out to them to unite with us –the arrogant, who believe in love.
With love and compassion, we must open our hearts to our brothers and sisters who want to return to a just society. There is no need to point anything out to them. Instead, we must open our arms and welcome them to return.  In addition, we need to say it; we will encounter those who will not want to return. Neither are they ready to change their Death instinct as opposed to Life. However, we are urged to meet our obligations and it will only be accomplished when we are at all moments open to provide them the alternative to return, but only if they want to return to society. We do not need forget our past, but we need to build a better present.
It is hard for us to understand people who have suffered so much that they want vengeance, as we have not suffered like them in order to understand them.  As a punishment, we want justice as a punishment; furthermore, we wish to extend their suffering.  A suffering greater than what they experienced when they caused so much hurt.  However, we know that if we do not forgive our brother or sister whom wishes to return, we will not find Peace. If justice means to provide everyone what he/she needs, today these brothers and sisters need the option to be forgiven, thus to change their life.
Let us observe how brave encaged animals react in self-defense. However, when we freed them they take and reduce their aggressiveness. In the same manner, when we oppress a human being, s/he will react guided by the instinctual animal nature that fights for his/her life.
Social justice is not built with the most severe laws. It has been demonstrated that chronologically we need to build morals before laws, rather than with laws to construct morals. We have not seen laws that modify behaviors.  For instance, in the United States, the state of Texas has the most severe sentences or death penalties. The State has not changed the level of criminality to make it increase or decrease because the punishment is separate from the real causes.  We need to build a moral society instead of more punitive laws.
This is not a question from a particular religion, neither from a just God. Rather, it is from the love that all religions and from God of gods is professed. It is from love and compassion that we share among brothers and sisters.
“Forgiveness is not a question of faith, on the contrary; it is a question of forgiving our offenses as we forgive those who offend us”
If we want PEACE and we want Freedom, there is only one way, “Forgiveness”.
April 3, 2012 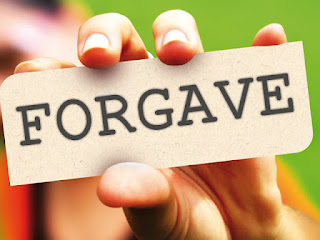