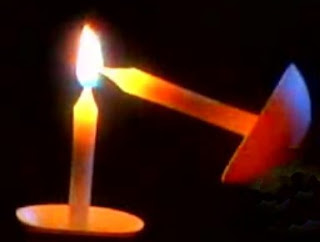 I had occasion this week to be at the Islamic Society of Boston Cultural Center for a meeting. As I was leaving the mosque, I stood at the door for a short time to finish a conversation. During the time that I was standing there, a teacher and her young students, perhaps six or seven years old, from the Islamic day school in the building came to the door on their way out to recess. Her playfully jostling students surrounding her, the teacher smiled and said to me and to the person I was speaking with, salaam aleikum. More than a greeting, I felt blessed by the warmth of her smile and the sincerity of her words, “peace be upon you.” As teacher and students continued on their way out into the sunshine, I heard a student ask, “why did you say salaam aleikum to them?” Still in earshot, I was deeply touched by the teacher’s response, “whenever we see someone, we say salaam aleikum.”

This gentle exchange illustrated the metaphoric understanding of the opening verses of the week’s Torah portion, T’tzaveh (Exodus 27:20-30:10). Instructions are given for kindling the lights of the menorah that are to illumine the sanctuary from evening until morning. With wicks set in pure olive oil pressed for the purpose, the Torah does not say “you shall kindle the lights,” as we do in lighting Sabbath or Chanukkah candles, l’hadlik ner…, but rather, “you shall cause light to go up,” l’ha’alot ner. The way the lights are to be raised up on the menorah is understood as expressing the relationship of teacher and student and the very nature of learning. Like the flame of the shammash, “the serving candle” that is used to light the other candles, as it is held up to a new wick there is a burst of increased light, two flames rising as one in the moment of transmission, and then the shammash is removed and the new flame continues to burn on its own. On that afternoon by the door to the mosque, a light of understanding was raised up among a group of children, the way of human connection illumined as the path of life.

Human connection is shattered in the reading from a special section of Torah that was added to the weekly portion on that Sabbath. It was the week of Shabbat Zachor/the Sabbath of Remembrance, the second of four special Sabbaths that help us to prepare for Passover. Always the Sabbath preceding Purim, on Shabbat Zachor we read of the warrior chieftain Amalek’s cruel attack on Israel’s weakest, the young and the old, the stragglers at the end of Israel’s line of journey as they left Egypt. We are told, Zachor et asher asah l’cha Amalek/Remember what Amalek did to you…; you shall blot out the memory of Amalek from under the heaven/lo tishkach/do not forget. Amalek is an ancestor of the Purim villain Haman and comes to be synonymous with evil.

In a world of so much violence and cruelty, we are painfully aware of the reality of evil, that there are those who would do us harm. For all of its joy, that is part of the message of Purim. It often seems to be the part that is held on to, as though we are afraid to let it go, in part a survival response in the Jewish psyche. As we step back from the costumes and the fun of one day’s observance, we tend to forget the other part of Purim, the raising up of light through goodness and deeds of kindness. Carried to Havdalah, the ceremony that ends the Sabbath each week, are words that we sing from the Purim Scroll of Esther, for the Jews there was light and gladness, joy and honor – so may it be for us. Even as we remember Amalek, it is important to remember that all are not against us.

There is a raising up of light in the world in spite of the darkness, a weaving of light that joins people together. Not only at the mosque, I also felt at home this week, among friends in various houses of worship. On Sunday I gave the sermon at the Unitarian Church and last night I spoke at a Catholic church, at St. Anthony’s Shrine downtown, a Franciscan Center where I have spoken before. I was introduced and welcomed among them as “our rabbi.” Looking into our own hearts as well, to root out the seeds of Amalek, the potential for evil within each one of us, the challenge of Shabbat Zachor and of Purim is not to think it is enough to root out evil. The greater task is to replace evil with good, to increase light until there is no room for evil, to illumine the path of human connection.

In that moment of pure light at the door of the mosque, new understanding shining in the faces of children, I found myself stammering in response to the teacher’s greeting. Meaning to respond with the Arabic, aleikum salaam, offering back to her the same blessing of peace that she had offered me, there came from my lips a mixing of the Hebrew and the Arabic, aleichem salaam. In that, I realized, was its own message, its own hope, threads of light interwoven.