For Christians, Lent is a season of repentance. We are summoned by our tradition to “walk with Jesus” and demonstrate to the world what the apostle Paul called “the more excellent way of love.”I think the early Christians, known as “people of the way” were able to reach a broad cross section of their society because they presented their contemporaries with a compelling example of an alternative community that was not defined by coercive power or ideological purity, but by a shared struggle to practice what they preached. No one would claim that they were unfailingly successful, but no one can doubt that history was reshaped by their effort. 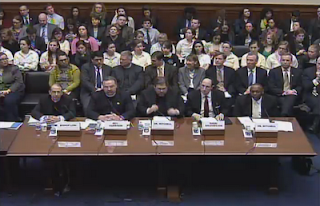 Today we suffer from too much ideological zeal, and not enough exemplary living. Women have a right to be incensed by the scene of white men debating how invasive they can be. And all the rest of us should share their outrage. Trying to justify violating women’s bodies in the name of faux-morality is a reason for us all to rededicate ourselves to an ethic of respect for others.

In Congress and in statehouses white men, most if not all of whom I believe have professed to be Christian, are seen to be acting out of a sense of moral entitlement that is an affront to moral decency. Women are not the only ones who are experiencing marginalization in the name of morality. In his national newspaper, Rupert Murdock recently praised the governor of Kansas, where I live, for his “reasonable” tax policy which transfers more wealth to the rich, increases taxes on the poor, skews funding for public education away from places of greatest need to places of greatest wealth, and presents a multi-tiered attack on the rights of working men and women and their families.

“Our” Secretary of State is a leading proponent of voter suppression laws that are being considered and contested in many states. After a recent special election in the city where I live, the secretary declared that his plan is working, in spite of public testimony from people who said that they were not allowed to vote because of his law. His slogan seems to be “Don’t confuse me with the facts.” But today we need to heed the facts and learn from them.

I recently attended a workshop on the “Green Church” led by Reverend Rebekah Simon-Peter, the founder of Bridgeworks: Turning Barriers into Bridges of Understanding (www.bridgeworkspresents.org). Her presentation focused on the environment and what it has to teach us about life. She talked about the “Sabbath-Effect” revealed in satellite images of the earth. These earth-pictures clearly show the effects of too much nitrous-oxide in the atmosphere. But they also reveal that on Friday, Saturday or Sunday there is a reduction in toxic emissions on those days in the areas where the Sabbath is observed. On the Sabbath day plants, animals and human beings are given a chance to breathe cleaner, less polluted, air. The whole earth comes up for a breath of fresh air. 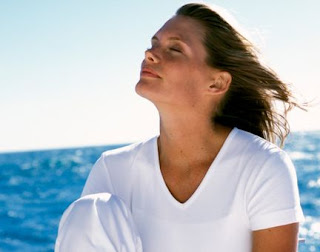 Nonviolence is about giving ourselves, each other and the whole inhabited earth a chance to take a breath of fresh air. It is about renouncing the false ethic of entitlement that allows the few to think that they have the right to dominate the bodies of women, ignore the rights of workers, dismiss the needs of children and youth and discount the votes of people with whom they may disagree.

Today people of all faiths can find common ground in the Sabbath day. We can come together and celebrate the Sabbath Effect. Those faith traditions that do not recognize a single day as the Sabbath but rather respect each day as a sacred time may have the most to teach us about nonviolence. We will not be unfailingly successful in our efforts, but the present might be reshaped by our practice.