The Other America Turns 50 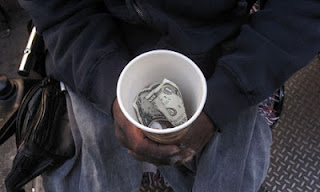 2012 is the 50th anniversary of Michael Harrington’s book, The Other America: Poverty in the United State, originally published by the Macmillan Company. My well-worn copy was printed by Penguin Books, Inc. The impact of the book can be judged in a small way by the frequency of reprints: 1964 (three times); 1965 (twice); 1966 (once); 1967 (twice). My 1967 Penguin Special Edition cost $.95, new.

The opening paragraph reads, “There is a familiar America. It is celebrated in speeches and advertised on television and in the magazines. It has the highest mass standard of living the world has ever known.” Then Harrington turns his attention to the 40,000,000 to 50,000,000 citizens in America who are poor. They live in “the other America.” He identifies those who live in this America as “the unskilled workers, the migrant farm worker, the aged, the minorities, and all the others who live in the economic underworld of American life.” Households with an annual income of less than $3,000 were officially poor in 1962. He describes “the other America [as] an invisible land.”

Thanks largely to Harrington’s book the invisible became visible. President Kennedy began thinking about poverty in new ways. Following Kennedy’s assassination, Lyndon Johnson pledged in his State of the Union Address in January 1964 to wage “an unconditional war on poverty.” He picked Sargent Shriver to be in charge. But in Johnson’s “guns and butter” approach, the Vietnam War siphoned funds from the Poverty War, which was never adequately funded. Nevertheless, poverty was now out of the closet to stay. Or is it? The U.S. Census Bureau Study “Child Poverty in the United States: 2009-2010” is anything but encouraging. According to this report in 2010, 21.6 percent of America’s children live in poverty—the highest percentage since 2001. In 10 states the poverty rate was above 25 percent in 2010. Rates were higher for ethnic and racial minorities. Between 2009 and 2011, the percent of children living in poverty increased in 27 states and decreased in none.

In 2012, one Republican candidate for president has been heavily criticized in the media for saying that he doesn’t care about the poor. But is he alone? Are any presidential candidates talking about poverty in America? Ask yourself how many leading news stories have you seen in print or heard on television in the last year that focused on poverty in America that were not at the same time appeals for charity. When Tavis Smiley and Cornel West took their poverty tour in 2011 they tried to create a new national debate, but who listened? 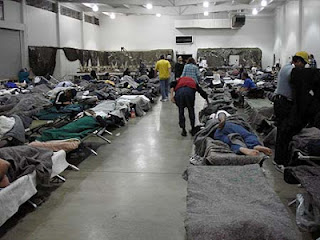 An article by Maurice Isserman in the Winter 2012 issue of Dissent magazine suggests that one reason why we hear so little about poverty in America today may be due to Harrington’s book. Isserman points out that when Harrington described poverty, he talked about “the culture of poverty.” Harrington meant that the cause of poverty was a lack of money. But Shriver and the Johnson administration focused on ways to change the culture. This meant creating pre-school enrichment programs, job-training programs, and community action agencies. It was war on the cheap. Whereas the New Deal invested $5,000,000,000 in public works, the War on Poverty programs were less than $1,000,000,000. Given thirty years of inflation the real comparison is more like one-tenth rather than one-fifth of the sum. Some programs like Head Start have been very successful, but many lacked funding and adequate support.

Isserman says that Harrington was drawn to the concept of the culture of poverty because he thought it would prod the government to invest in better housing, better health care, better education, and jobs. But in the 1970s “neoconservatives” (a term coined by Harrington) turned the concept upside down and blamed the victims. Now it was not the lack of money that caused poverty, but the attitudes and behavior of the poor. The Reagan administration embraced the neoconservatives. And later, in 1992, candidate Bill Clinton pledged to “end welfare as we know it.” The War on Poverty was now a war on welfare. 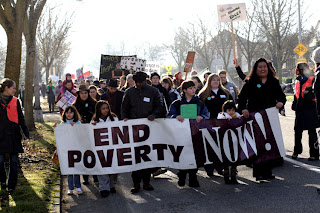 I never met Michael Harrington, but I have to think that this crusader who joined Dorothy Day’s Catholic Worker movement before joining the Young People’s Socialist League and later becoming a leader of the Socialist Part in America would be with the Occupy Movement today. And he would be hopeful for our future. Isserman calls The Other America, “Harrington’s love letter to the United States.” At the end of the letter, Harrington penned these words, “What is needed if poverty is to be abolished is a return of political debate, a restructuring of the party system so that there can be clear choices, a new mood of social idealism.” And he asked, “How long shall we ignore the underdeveloped nation in our midst? How long shall we look the other way while our fellow human beings suffer? How long?”