The Joy of the Little 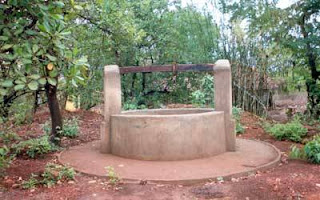 Several years ago a group of twenty from the U.S. went to India in a program on Gandhian nonviolence. We met up with some folks from India and began the program at a teacher training institute named after Gandhis' wife, Kasturbai. We were only there a few days when we were told the well had gone dry. Although the school normally had many more residing there, in a few short days, western water users managed to drain all the water available.

In order to supply even more modest needs, forced by the circumstances, we took a bullock cart each morning some five kilometers to another well, where we filled a fifty gallon drum. This had to meet our needs, as the whole area was in the midst of a severe draught. It meant each person had a little more than a gallon a day for drinking, cooking, bathing and flushing.

I discovered and appreciated water in a new way. I had always found joy in swimming, in being immersed in a lake or the ocean. But here I found joy in a cup of water, poured slowly and carefully over a hot and sweaty body. Each drop offered profound refreshment as I realized this was all there was.

This experience with water so invaded my consciousness that when I returned home, I continued my Indian bucket bath tradition. Next to the shower I placed my gallon bucket and plastic measuring cup. Each day I'd get half a bucket of water, squat in the shower and appreciate the pleasure of a little. This went on for about a year before the convenience and ready access of a warm shower overcame my consciousness of the worlds' lack. I'm convinced westerners need an experience of the needs of others at least once a year, or the materialistic nature of our culture begins to cut us off from any experience of solidarity. 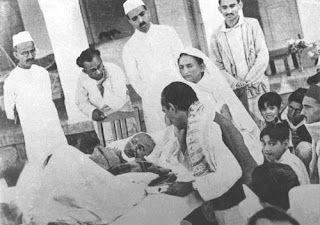 A longer fast, of nine days, helped me understand the joy of the little. Starting to eat again, I was advised to start slowly. It never tasted as good! It hasn't since.

Nonviolence is about the little, the everyday, done in solidarity with all the sentient beings. I have to keep reminding myself of this in a world of bigness, where big and important people do big things, and miss the joy of the little.